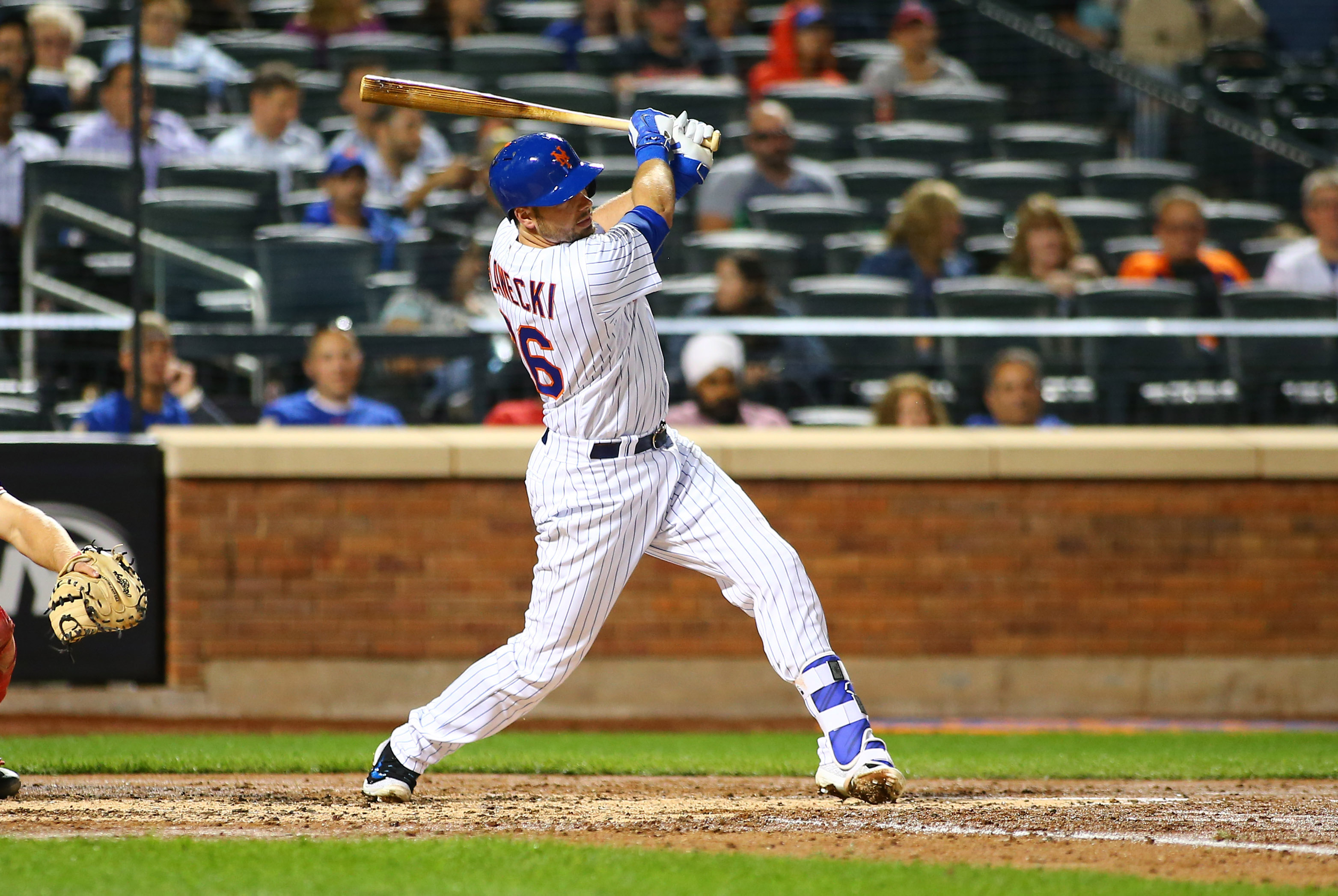 Before we get into another ownership bashing session, let’s give credit where credit is due. The New York Mets’ beat writers have been critical of the Wilpons for hiding in the shadows and avoiding accountability with the fan base. Jeff Wilpon finally spoke to the media for the first time in three years, a step in the right direction for an ownership group that seems to forget they operate in New York City. The problem is that what Wilpon actually said to the media in regards to payroll shows that they simply don’t get what they need to do to compete in this market.

While Wilpon spewed a lot of corporate speak and nonsense, a few kernels did stick out in his words (which we summed up nicely last night). The first point is that Wilpon indicated that there is no mandate that payroll has to come down, indicating that it isn’t spring training or Opening Day yet. That means absolutely nothing and is simply doing what the Mets have done for years now, simply kicking the can down the road for future Jeff Wilpon and future Sandy Alderson to deal with. Wilpon contradicted himself a few minutes later, casually tossing out that payroll might be $10 million less than it was at the start of 2017.

This comes in the same year that the Mets have raised ticket prices off of a 92 loss season. So in other words, they’re charging fans more money to watch the product they are investing less in. This is another bad omen, harkening back to the days when the Mets sent out loyalty oaths to their fans and had Alderson tell season ticket holders that they would spend money if people bought more tickets. That was only three and a half years ago, shortly before Wilpon took his oath of silence with the media.

Wilpon also addressed the lingering problems that David Wright’s contract has created for the team. Wright signed an eight year, $138 million deal prior to the 2013 season but has played in only 75 regular season games over the past three years due to various injuries. The Mets have been getting money back from an insurance company on the contract, which reimburses them roughly 75% of Wright’s salary after he spends more than 60 days on the disabled list. That should have been generating extra money the Mets can use, since rough math estimates figure that they have recouped at least $35 million over the past three years. Wright’s $20 million remains in the current budget, however, as Wilpon noted:

“It’s in the budget that his contract is what it is. It’s not 75 percent (recovered) as total. Then there is the costs against that. We had to pay for the policy, which is not cheap. It’s not dollars for dollar.”

You read that correctly. The owner of a major league baseball team in New York City just complained about an insurance policy for a contract as being expensive. If the policy is too rich for the Wilpon’s blood, how can anyone expect them to pony up money to acquire a proven big league hitter like Mike Moustakas or add a veteran starting pitcher?

Things got better when reporters asked Wilpon about the Mets’ payroll, which currently ranks 12th in the league, trailing big spenders like the Toronto Blue Jays and Seattle Mariners. Wilpon defended the Mets’ choice not to blow up payroll, noting that being in the top five of payroll doesn’t guarantee a championship or winning. Aside from the fact that the Mets had the fourth highest payroll when they last won a World Series, Wilpon is dead wrong about this idea that spending money doesn’t translate to winning. A top payroll doesn’t guarantee a championship since the postseason is extremely unpredictable, but that big payroll assures you will get there more often than not.

In 2017, the top three teams in terms of payroll (the Yankees, Dodgers, and Red Sox) all made the postseason with two of them being among the final four teams left standing. 2016 was a similar story, as three of the top five made the playoffs while six of the top 10 payrolls filled out the bracket. The Mets weren’t among that group as they checked in 12th in payroll in 2016 and 14th in 2017.

As Wilpon also pointed out, Wright’s $20 million salary is accounted for in their calculation, so how much money the Mets actually were able to put into productive ballplayers was much less than their actual payroll figure. The Mets clearly aren’t counting on Wright’s ability to contribute, but they have done little to prepare themselves to have a full team without him. If Wright’s salary is taken off the Mets’ current payroll, they will have spent roughly $110 million on their current team, which would drop them to 16th in payroll. Only two 2017 playoff teams are currently spending less than the Mets in this scenario: Arizona (which is at $109 million and hopeful of trying to re-sign J.D. Martinez) and Minnesota (which is at $96 million but has been in the mix for Yu Darvish).

The Mets can say what they want about looking for value in the market and how they have spent as much money as anyone else in the winter, but they aren’t fooling anyone. This lack of activity is nothing new for the Mets, who outside of the Yoenis Cespedes signing last winter have consistently stayed out of the water for big free agents while hoping to fill out their roster with one year deals, has beens, and never weres. They might get lucky and catch lightning in a bottle once in a while, like they did in 2015, but that simply isn’t a sustainable winning strategy.

The current Mets’ plan appears to be building a team they hope can contend and improving it in July if necessary. This creates the illusion of hope, creating ticket sales to line the Wilpon’s pockets, while not really going all in to win. That philosophy may work in a place like Minnesota, which is a smaller market with lower expectations, but it won’t fly in New York when the Yankees are doing whatever they can to win across town. No one is asking the Mets to go over the luxury tax line like the Yankees have in order to win. Fans simply want the Mets to actually fill the holes on their roster, which they have plenty of, in order to have a legitimate chance at a World Series title before the members of the rotation reach free agency. Wilpon simply doesn’t get it, and as long as he doesn’t the Mets will need to hit the lottery one year in order to win a championship.