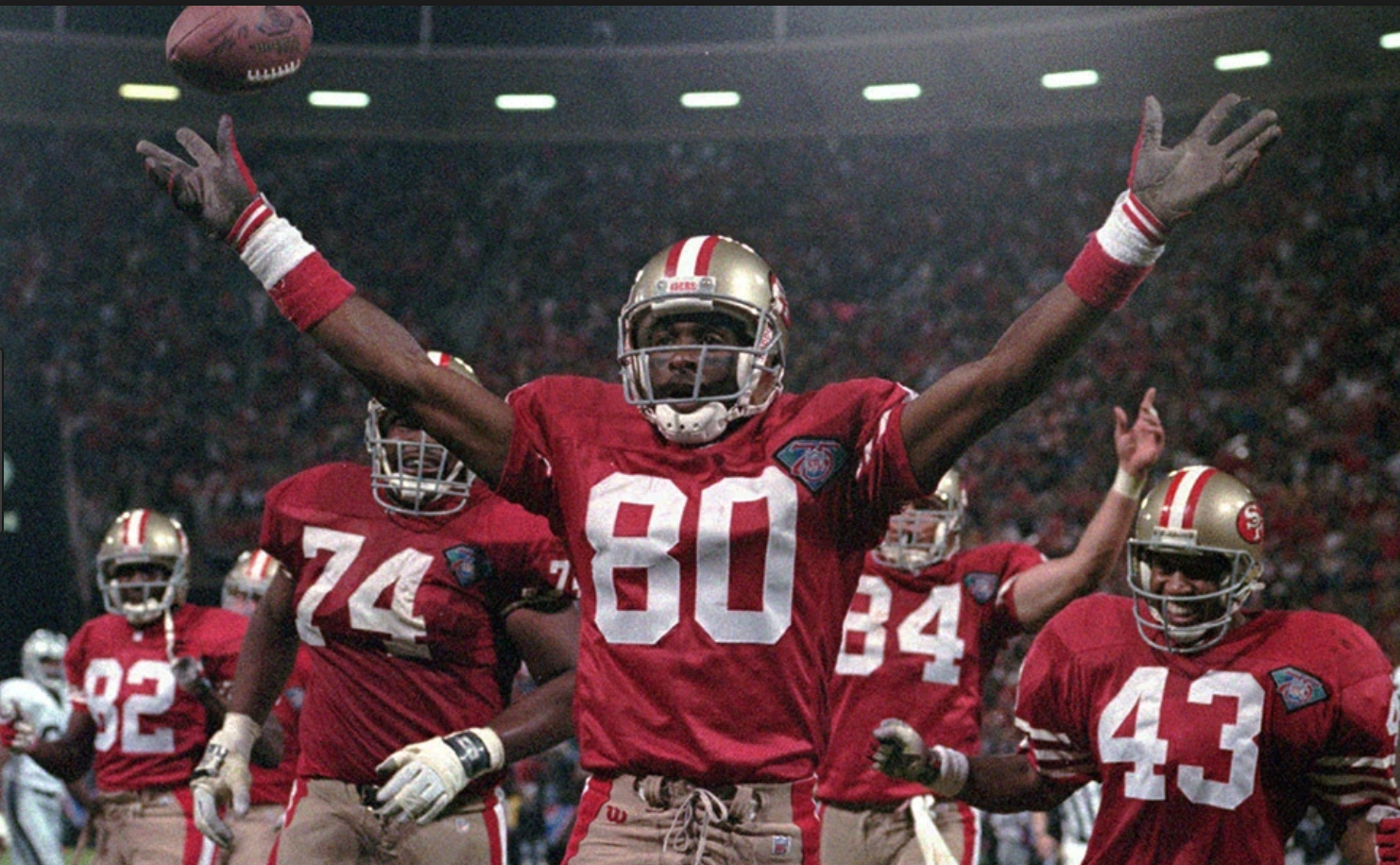 The greatest NFL receiver of all-time hung up his cleats years ago, but he still appears to believe he has enough left in the tank to suit up and play on Sundays.

55-year-old Jerry Rice, who last played in the NFL in 2004, has apparently been speaking with Raiders new head coach Jon Gruden. The two have a history together, as Gruden coached Rice for one year with the Raiders back in 2001, and they clearly have a great deal of respect for one another. So much so that Rice stated that he had a recent conversation with Gruden about returning to the NFL to play for the Raiders. Even though what Rice had to say was made with comical undertones, he did appear to believe he can still be productive in the league.

Rice recently appeared on the “Know Them From Adam” podcast, and informed Adam Schefter about the conversation he and Gruden had.

The 55-year-old Jerry Rice on this week’s “The Adam Schefter Podcast”: pic.twitter.com/DSqMHIAcUO

Rice played in the NFL for 17 seasons — hauling in 1,549 receptions for 22,895 yards, with 197 touchdowns. He spent his final season with the Raiders and Seahawks, and was fairly ineffective during that time, especially by his standards. Rice caught only 30 passes in 17 games, so it’s highly unlikely that he’d be able to catch 80 balls.

If he did come out of retirement and played for the Raiders, Rice would surpass George Blanda (48 years old) as the oldest player in NFL history. Rice still appears to be in great shape, and likely still has great hands that allow him to catch everything that comes his way, but there are other veterans available that can serve as possession receivers, with a bit more quickness than Rice has at this stage of his life.