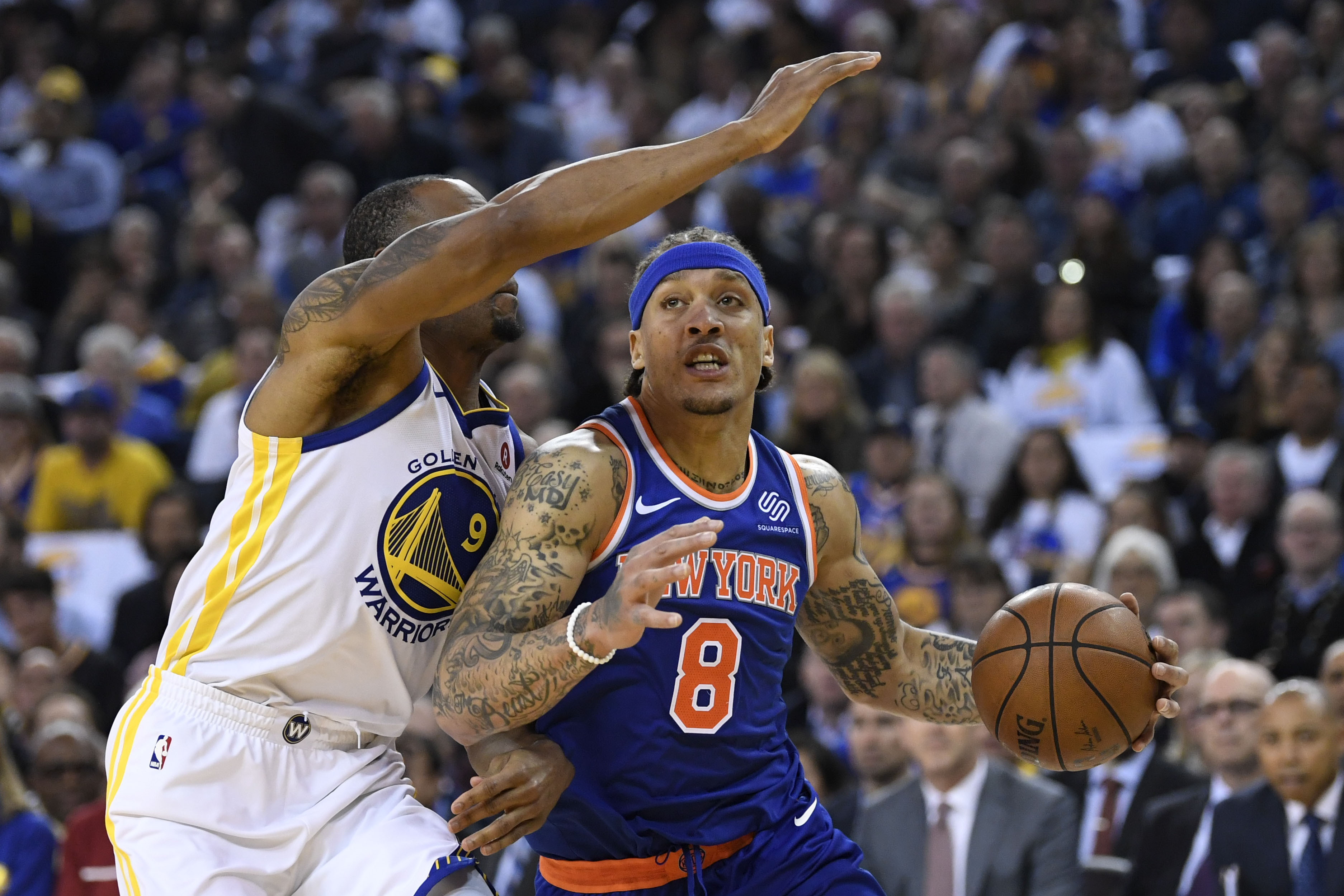 The Knicks’ first quarter in Oakland went more perfectly than anyone could have expected on Tuesday night. Jumping out to a double-digit lead against the defending champion Warriors, New York was successfully firing on all cylinders. Despite playing without Kristaps Porzingis, the visiting squad came out with a boatload of enthusiasm. The Knicks’ early sharpshooting — headlined by Courtney Lee’s evident prowess — helped them secure a steady lead while Golden State came out rather flat-footed. With a lethargic effort on both ends of the floor, it was clear Stephen Curry and Co. didn’t begin the contest with as much urgency and did not take the Knicks seriously as an opponent.

But as the entire league knows, no lead is truly safe against the Warriors (who eventually won 123-112). Golden State closed the gap get within two points heading into halftime and then took over completely in the third quarter, outscoring New York by 11. One could argue that the Knicks merely got lucky that the Warriors were off to a slow start and didn’t actually do anything specific on the defensive end to slow them down. Curry started the contest shooting 1 for 10, and New York actually held Kevin Durant and Klay Thompson to a combined 8 for 20 from the field. The latter statistic is almost more impressive because the Knicks did what they could to limit spacing and this proved to be more key than simply applying man-to-man defense. Unfortunately, Golden State’s supporting cast was ready to cash in and the team’s star core was mindful enough to find them in the open floor. Durant set a new career-high in assists with 14, and David West, Shaun Livingston, and Kevon Looney combined to shoot 68% and add 29 points off the bench. Though the Knicks held their own in the forth relatively well, the third quarter’s deficit proved to be too much as the game was all but decided once Curry found his second half rhythm.

Despite the poor period, the Knicks did a solid job of competing without newly appointed first-time NBA all-star Kristaps Porzingis. Michael Beasley led the way with 21 points in the loss, continuing to prove that he will score an automatic 20+ points if given the starting nod. Lee contributed 20 points and his strong offensive effort was a big reason why the Knicks compiled the early lead they did. By missing a free-throw attempt, however, the veteran guard saw his Knicks-record 52 consecutive shots from the charity stripe come to an end. Receiving key minutes in absence of two front court teammates, Willy Hernangomez played especially well. He added 8 points, 3 rebounds, and an all the more impressive 5 assists in the loss. Kyle O’Quinn usually provides that passing versatility down in the low block, and the youngster did a terrific job keeping an eye out for teammates along the perimeter and did more than enough to fill such a void.

The Knicks have created somewhat of a hole for themselves, now six games under .500. Still, they should be able to take some solace (and hopefully build upon it) from the way they competed with such a daunting opponent on the road.