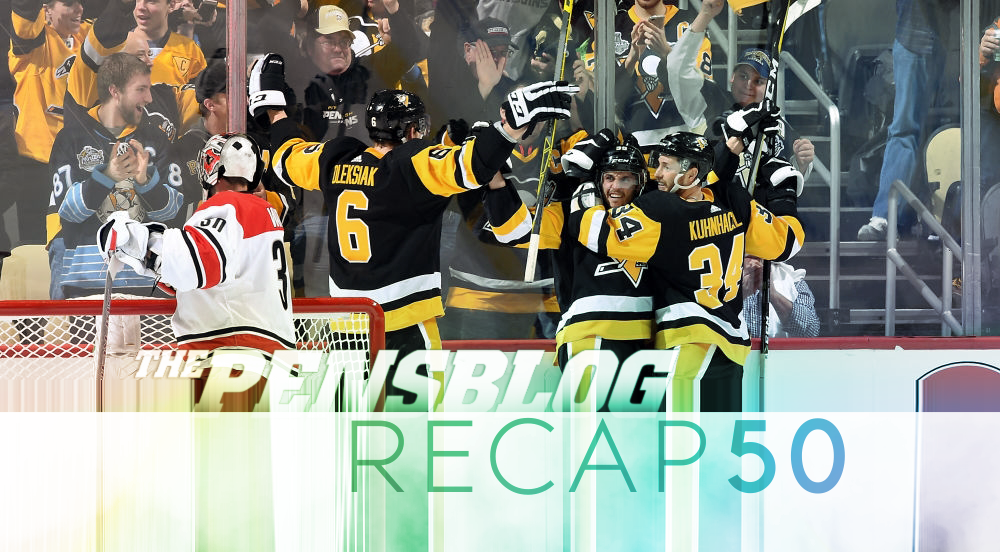 DISCLAIMER: Being this is a Penguins fan blog, I must preface this recap by saying I am not complaining about NHL officiating. I’m basically saying the NHL uses complex algebra to solve 2+2. We’re going to get to five, but it’s going to take a long, long time.

Okay, what if we invent a faceoff violation penalty and take 37 minutes to drop the puck.

As the Penguins prepared for their matchup with the Quebecilina Hurriduqes, it was announced yesterday that Daniel Sprong was being sent back to Wilkes Barre.

Not the worst move, imo, as Sprong was pretty pedestrian save for one game. He will greatly benefit from an increased role and a chance to improve his confidence in the AHL. Three points in eight games played isn’t horrible, but when you’re playing with Sid, you should probably have more than that given Daniel’s pedigree.

The lineup was announced and like a certain podcast host was proven dumb, wrong and incorrect again – they scratched Ryan Reaves with the return of Bryan Rust.

No offense to J.S. Dea, but get a legitimate third line center – and this lineup is once again stout.

If there’s one thing we can all agree on, it’s that the National Hockey League, in their infinite wisdom, knows how to make their product the most exciting and watchable product in North American professional sports. (I say North American because nothing is topping this)

What we saw in the first period was hooking, holding and obstruction, but don’t you worry your pretty little head, hockey fans! The linesmen WERE ON IT.

Seemingly every faceoff a center was kicked out! You think Stanley Cup Final game seven is heart-pumping, breath-taking excitement? Allow me to show you the awe-inspiring human drama that is a linesman making sure the center’s pinky toe is COMPLETELY LINED UP WITH THE DOT!!! I’m so excited I’m getting a nosebleed.

Anyway, some actual hockey happened in the period, the Pengs got a power play thanks to the Broadcaster’s Curse, moments after Mears and Errey were discussing the Canes discipline, Geoff Skinner tripped Matt Hunwick and the Penguins headed to the power play.

Were you worried that a power play might bog the game down? Well, you’re in luck! The linesmen dimissed Sidney Crosby from a faceoff and in came Dom Simon (extremely Buzzfeed dot com voice) what happened next had me on the edge of my seat!!!!

Simon was called for Delay of Game: Faceoff Violation – giving puck over the glass a run for it’s money as dumbest penalty in the National Hockey League.

Some notes: Kessel left in some discomfort, but was okay. Penguins knew life was too easy for Cam Ward last matchup, so Patric Hornqvist was taking up residence in his crease.

Casey DeSmith had himself a first period:

Pengs finished with a season-high 15 shots in the first.

Hornqvist’s adventurous night would continue as less than two minutes into the frame, he’d be hitting anything in a Carolina jersey then Justin Faulk (who last time I did a Pens/Canes recap was captain, but now it is Jordan Staal…why are you, Carolina? Get moving to Quebec already) was saved by the officials as he grabbed the bull by the horns…and didn’t die.

Both teams would trade some chances, but on a delayed call, Derek “NHL 18 Create-A-Pro” Ryan would give the Canes the lead.

It wouldn’t last as actual top six winger Dom Simon would break out the sniper rifle less than minute later, also on a delayed call. Good awareness by Simon to acknowledge Ward cheating a bit off the post and fire it high.

Then, as this noted idiot disrespected JS Dea, he would score because of course. An incredible feed by Big Game Bryan to give Dea his first National Hockey League goal. A vintage Penguins goal, use your speed, get the mismatch and bury it on the transition.

Pop Quiz: Is the most exciting play in hockey:

Trick question – they deliberated over a possible puck over the glass penalty on Maatta. It was ruled deflected and the period slipped away with the Pengs leading 2-1.

The first five minutes of the period were The Casey DeSmith Show. Canes, as we seem to forget because of how bad the’ve been over the past five years, used the speed they have and came out flying. Carolina aren’t your Dad’s Hurricanes anymore. They’re young, speedy and talented.

A lot of hand-wringing over Carl Hagelin this season and as the first half showed, it’s been somewhat justified. However, it’s a known fact Hags wakes up after Christmas. His game has been markedly better, he’s creating offense but he’s snake-bitten beyond belief. One has to imagine the pucks will eventually find their way in.

DeSmith kept the Penguins in it and as play evened out, Phil!, Sheahan and Guentzel would hook up to give the Pens a 3-1 lead.

That’s how you draw it up, kiddos. reverse the puck, get someone to front and get the tap in. Remember when Phil Kessel was going to struggle without Tocchet? Pepperidge Farm remembers.

Canes would pull Ward with two and a half to go but other than one shot off the crossbar, the Pens locked ‘er down and that would be that.

-Sid still looking for that 400th goal.
-J.S. Dea and Casey DeSmith both playing their first games on home ice, both getting their first wins and goal.
-DeSmith making it very difficult to decide what to do with the goaltending situation. Murray should be back within the next couple of days, both he and Jarry have been absolutely stellar in his absence.
-Have to be impressed with Simon. Figured he would be a good middle six forward, but he has absolutely exceeded any and all expectations.
-Pens seem to matchup well within in their division. Starting to think their best case is to finish in the top three of the division in order to take on the Metro in the postseason.