The Pelicans Knock Off Charlotte 101-96 To Win 3rd Straight, Winning 6 Out Last 7 Games 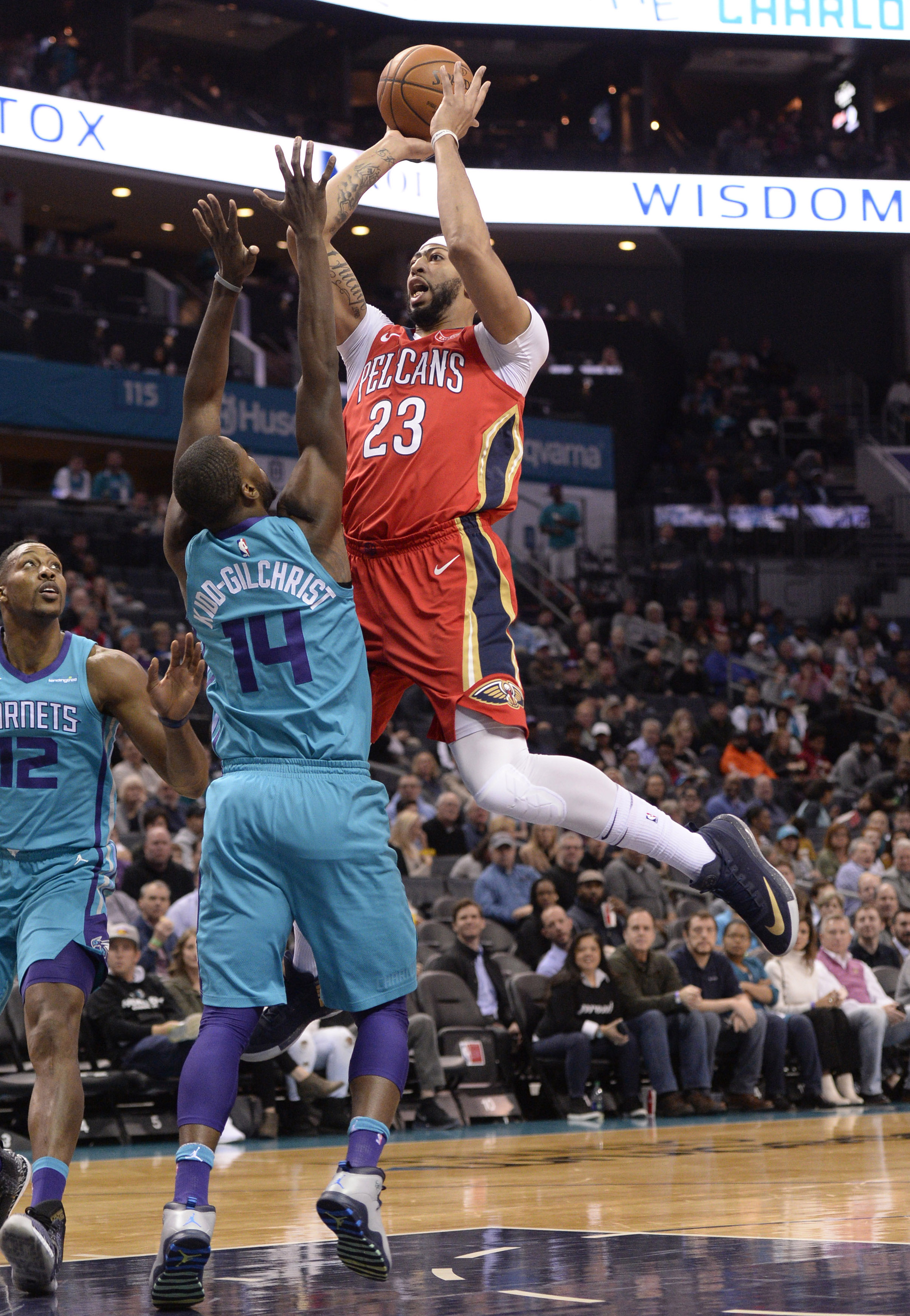 The Pelicans Knock Off Charlotte 101-96 To Win 3rd Straight, Winning 6 Out Last 7 Games

Charlotte,NC- The New Orleans Pelicans traveled to face the Charlotte Hornets in a one game road trip Wednesday night. The Pells coming off a double overtime winner against the Bulls Monday, looking to add another victory to the win total. New Orleans started the game looking good as scoring 32 in the 1st quarter despite miscues & missed free throws from Charlotte. The Pells continued in the 2nd quarter of the game being outscored by 12 finishing the half 56-53. New Orleans turned the ball over 11 times for 13 opposition points but did just enough to remain ahead before half.

The Pelicans Coach Al Gentry tried to switch up the line-up to allow Cousins & Davis to get at least a full quarter of rest by playing role guys from the bench. The third quarter was a bit better for New Orleans as the Pells played better Defense still but turned the ball over 4 more times. The most important thing was Coach Gentry played Omer Asik to spell The Bigs, as they prepared for the fourth.

The Pells & Hornets both played a very scrappy quarter as The Pelicans big 3 of Holiday, Davis & Cousins lead the effort to secure the win. The Hornets did make some stops but couldn’t capitalize as Charlotte guard Kemba Walker failed to convert a late free throw to keep it close.

New Orleans defense showed up late thanks to efforts by a bevy of Pelicans. The Pelicans Star Forward Anthony Davis made a few key stops, plus knocked down a couple free throws to close the win 101-96.

New Orleans shot 45% from the field & 35% from three. The Pells also knocked down their free throws 78% while Charlotte struggled with 58%. Jrue Holiday played very well offensively 19 pts & defensively guarding Kemba Walker, his contribution was very solid as he had a number of stops that were key in the game.

Kudos to Coach Al Gentry for digging in his bench with six players making appearances for a combined 27 points. I’ve been saying it for quite sometime, good to see it finally happen as it definitely helped in the win. New Orleans wins its third straight game, that’s wins 6 out of the last 7 contests & are sixth in the West Conference. The Pelicans (26-21) come back home & get ready to play the Houston Rockets (33-12) Friday night in the Blender.