Your Morning Dump... Where Marcus Smart is getting killed for taking the final shot vs LA 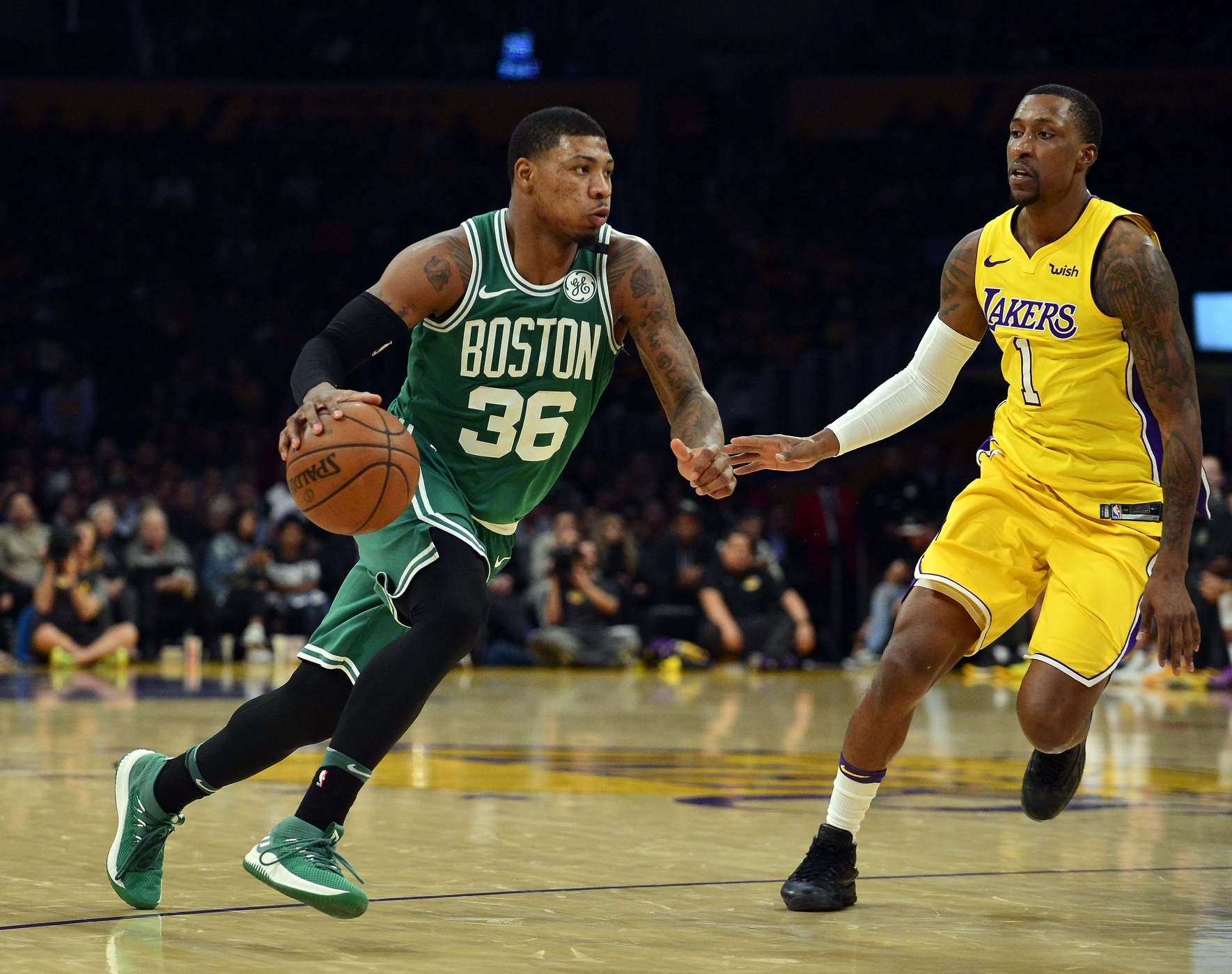 Your Morning Dump... Where Marcus Smart is getting killed for taking the final shot vs LA

IN CASE YOU WERE WONDERING I WOULD HAVE RATHER HAD KYRIE IRVING TAKE THE LAST SHOT TONIGHT OVER MARCUS SMART.

The Celtics had no timeouts remaining when Smart gathered the rebound on a Kentavious Caldwell-Pope missed free throw. He immediately turned on the jets and went full speed ahead down the court, despite being flanked by shooters on both sides. Kyrie Irving popped out at the top of the key for a potential pass. It didn’t matter. Smart had tunnel vision and it became evident quickly on that possession that he was going to take the final shot on a night he believed he was hot.

The tape shows that the opportunities were there to get it to Irving (or another better shooter) but Smart wanted the glory. He also didn’t learn his lesson from a couple years ago when it comes to end-of-game situations in the open court. Smart’s going to be a good player in this league for a long time but he needs to know his role. While his speciality may be taking end of quarter heaves, Tuesday’s situation was not that.

Robb reviews the final 5.7 seconds of last night’s 108-107 loss to the Lakers like it’s the Zapruder film. If you haven’t seen it:

My first reaction when watching the play was… what took Kyrie so long to get to the ball? Well, you idiot, Irving had to wait for Smart to get across half-court. That play would have worked better if a) Pope made the 2nd free throw or b) Smart hit Rozier on the wing earlier.

Killing Smart for his shot selection is just a distraction from the fact the Celtics lost to the mediocre Lakers. The losing streak is now at 4 games.  Tatum has hit the rookie wall. Brown disappears too often. Stevens needs to start pushing the right buttons.

On Page 2, Hayward is now traveling with the team.

Gordon Hayward traveled with the Celtics for the first time this season and again Stevens downplayed the move. Hayward, who broke his left tibia and dislocated his left ankle in the season opener against Cleveland, was taking 3-pointers while standing up this week. It is still uncertain if he will attempt to return this season.

Hayward will stay with the team for their games with the Lakers and Clippers and then remain in southern California for a week to continue rehabilitation. Hayward makes his offseason home in San Diego.

“One of the things we wanted to do is change his environment, just to move a little bit,” Stevens said. “The traveling looks like it could be early March as he can do all his rehab without an AlterG machine [anti-gravity treadmill]. He’s still got a long way to go, but he’s a really good spot shooter.

Another small, but positive step forward for Gordon Hayward.

I’ve said it before and I’ll say it again – we’re still 8 weeks away from late March. That’s a lot of time for rehab. Eight weeks ago we were still digesting Thanksgiving dinner.