Kyrie Irving: Celtics had a team meeting to put 'everything out on the table' 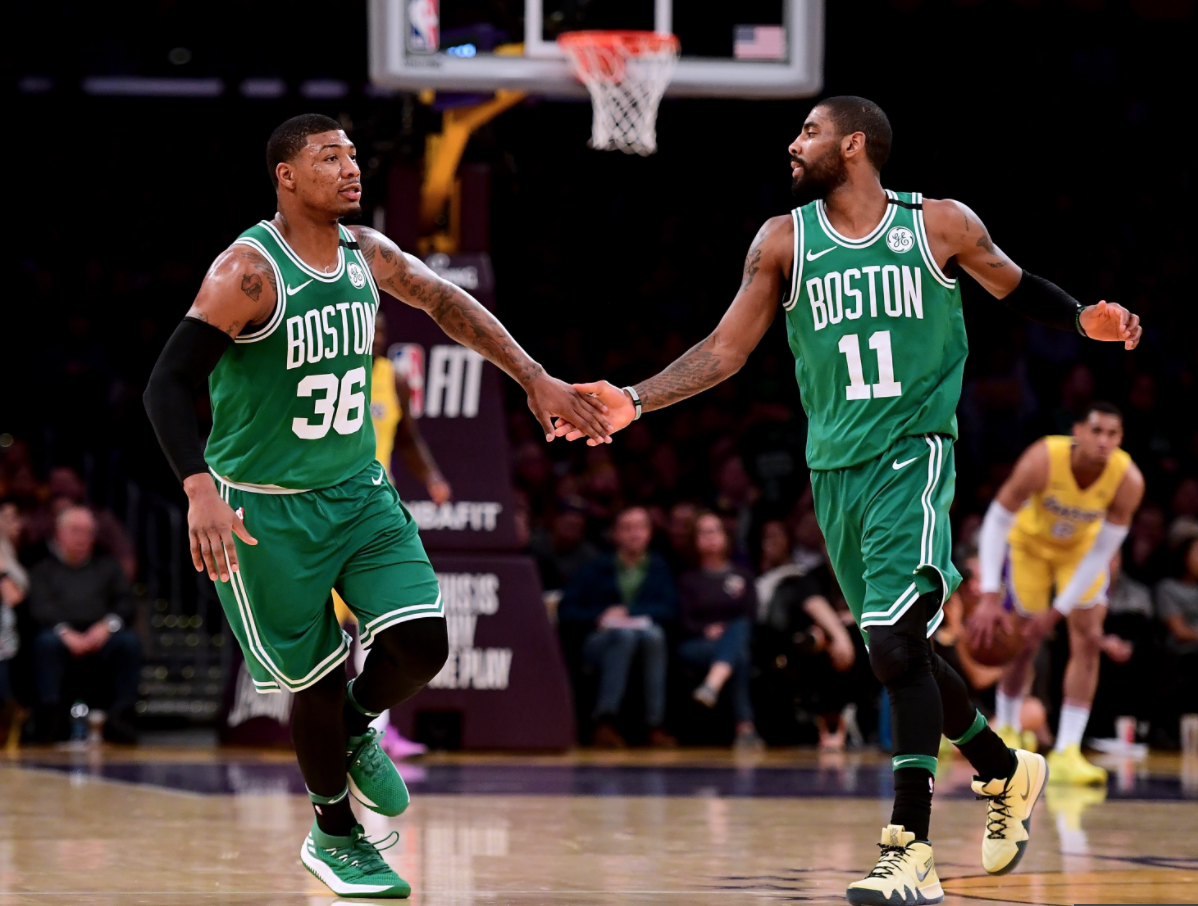 Kyrie Irving: Celtics had a team meeting to put 'everything out on the table'

The Celtics appeared to endure a midseason lull, and the players apparently got together to make sure the losing streak didn’t last long.

Kyrie Irving spoke to reporters after Wednesday’s game against the Clippers, and informed media members that the Celtics had a team meeting earlier in the week.

“I’m trying to think about the right thing to say before it gets misconstrued,” Irving said, via Jay King of masslive.com. “Team meetings — it happens all the time. We could call every time we meet a team meeting. And throughout your professional career there are going to be times where you’re tested. And for us it was things that we can control and everyone being great at their role, and us collectively coming together even better as a group.”

“I think that we did a great job of just putting everything out on the table,” he said. “And it’s just about being professional and going out there and executing.”

Teammate Terry Rozier stated that the meeting took place on Monday, the day before the Celtics lost to the Lakers.

Terry Rozier said the Celtics had a team meeting earlier this week to try to figure out their struggles. pic.twitter.com/H3uXVrfyfg

It appeared that the meeting did the Celtics some good. The team lost to the Lakers on the following day, but had a chance to win the game in the final seconds via a three-point attempt by Marcus Smart. The Celtics didn’t appear to get down about the loss, though, and the team got back in the win column with a 113-102 victory over the Clippers on Wednesday, snapping their four-game skid.

The Celtics have arguably their most difficult game of the season ahead of them on Saturday night, when they travel to Oracle Arena for a showdown with the Warriors, who are getting healthy and nearing midseason form.