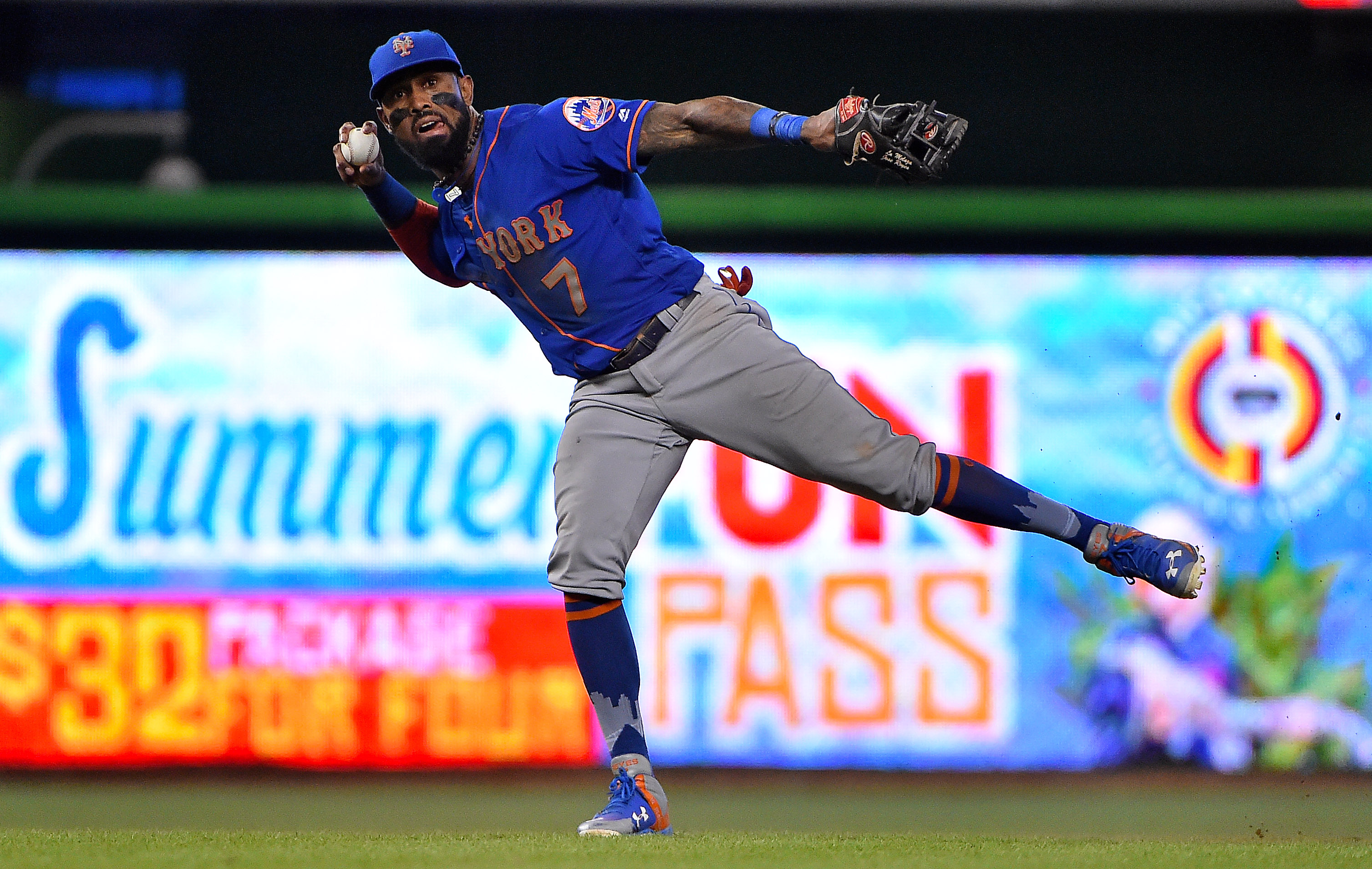 The New York Mets bolstered their bench today when they re-signed infielder Jose Reyes to a one year deal, Ken Rosenthal of The Athletic reports. Reyes, who made it clear that he wanted to return to the Mets at the end of last season, will earn three million dollars this season according to Joel Sherman of the New York Post. While skeptical Mets fans have assumed that Reyes would return as a starter, Rosenthal notes that Reyes was told he will be a utility player this season. The Mets remain hopeful of adding a regular second baseman.

In 145 games for the Mets last season, Reyes batted .246 with 15 home runs, 58 RBI’s, and 24 stolen bases. The first half was an absolute disaster for Reyes, who batted .215, but his .288 mark in the second half showed there was still some life left in him. As a potential bench player, this is a solid move for the Mets. Reyes brings some speed, which the Mets severely lack, and he can continue to serve as a positive role model for young shortstop Amed Rosario. The Mets do need to acquire a legitimate starter at second base, however, because if Reyes ends up with 501 at bats again things will have gone horribly wrong.