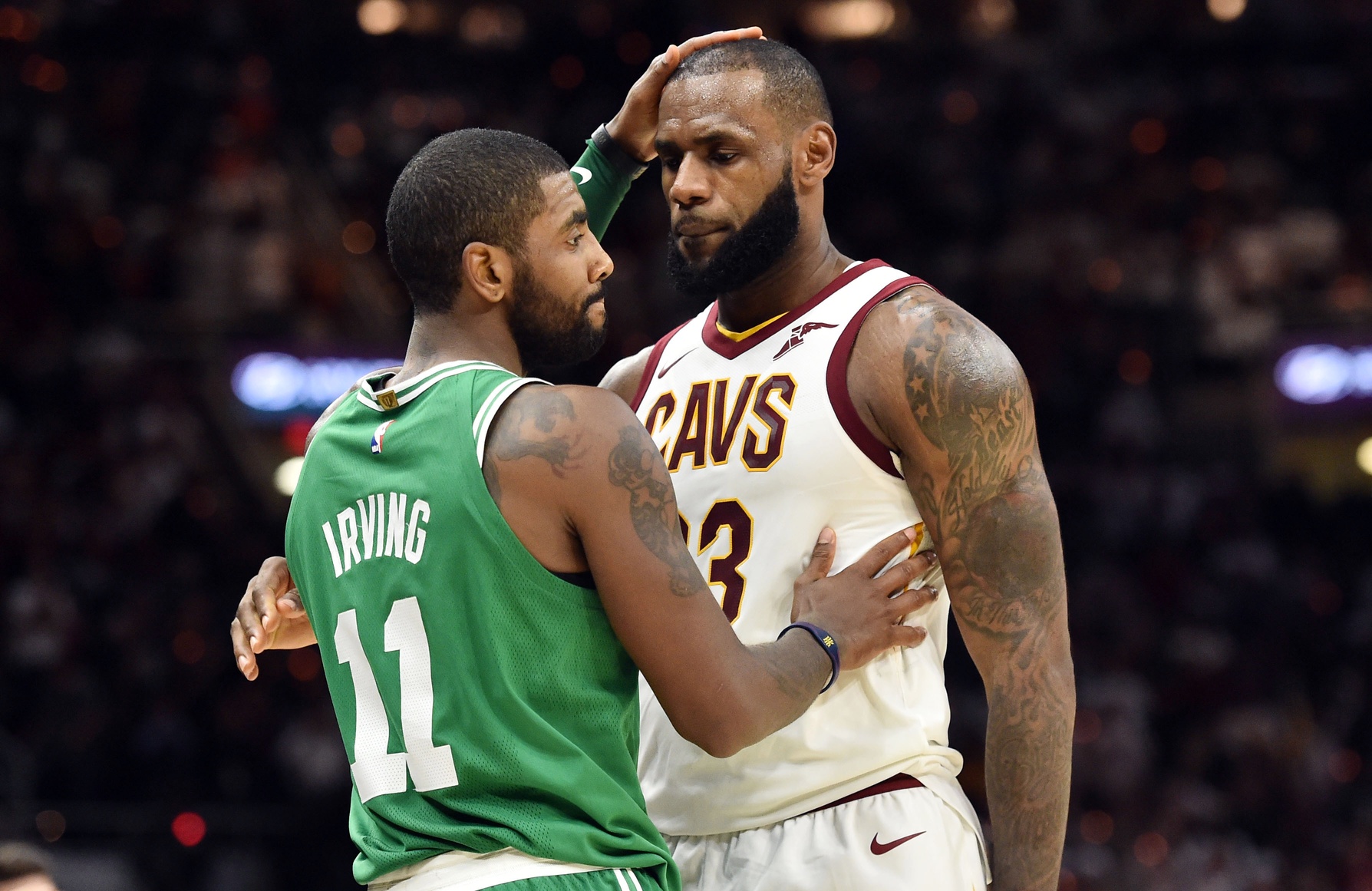 As the Cavs season seems to circle the toilet, one bit of Monday morning quarterbacking going on is wondering why the Cavs ever honored Kyrie’s trade request.

The prevailing thought here is the Cavs should have told Kyrie to tough it out for one more season and then see if LeBron sticks around. If LeBron did, then they could move Kyrie for a better cast of characters. If he didn’t, Kyrie could resume his role as Cleveland’s main guy moving forward.

However, according to Joe Vardon of Cleveland.com, Kyrie threatened to sabotage his own season by getting knee surgery.

According to multiple sources, Irving threatened to sit out the season and have surgery on his knee, convincing Gilbert and Cleveland’s front office that the relationship with Irving was not salvageable.

According to sources, Irving needs minor knee surgery as a follow to the procedure he underwent during the 2015 Finals to repair his broken knee cap. It’s not pressing — Irving is averaging 24.5 points and shooting a career-high .477 from the field — but the procedure would ease some of the swelling and day-to-day pain he feels.

If true, then this is a pretty shocking look into just how badly Kyrie wanted out. He had his reasons for wanting out, but this would mean he wanted out so badly he’d hold the team hostage and try to sink their season.

Secondly, it appears he’ll need this procedure done at some point. It doesn’t seem to bug him at all so, as Vardon said, it’s not a huge deal.

I guess him getting offseason knee surgery would be a confirmation of this story to some degree.