The dumbest Celtics injuries of all-time 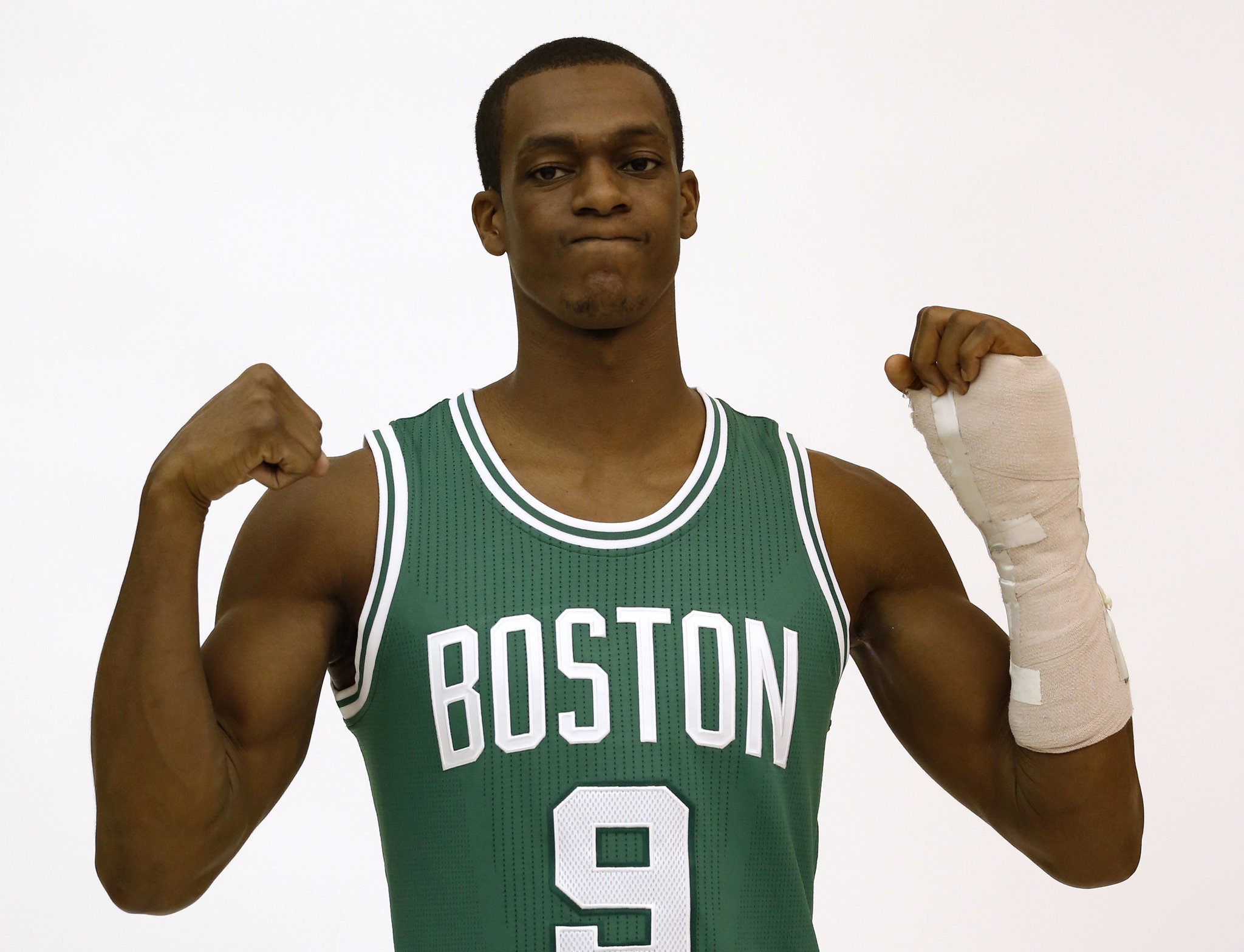 The dumbest Celtics injuries of all-time

The news of Marcus Smart’s mysterious hand laceration and subsequent speculation about how it happened had me thinking about the dumbest injuries in Boston Celtics history. I threw together a quick list.

Big Baby Davis fractured his right thumb days before the start of the 2009 season after getting into a bloody fight with one of his friends. The scuffle started inside an SUV and spilled into the street in Waltham. Davis missed about six weeks and was suspended by the team.

4. Kendrick Perkins attacked by his bed

The young center missed a game in the 2007-08 title season when his bed collapsed on his foot. Perk said the bed wasn’t put together correctly and during the middle of the night when he got up to fix it, the bed collapsed on his toe. I’ll be honest, I had no recollection of this story until I started researching this post.

Rookie big-man Fab Melo suffered a concussion in 2013 after bumping his head on the doorway in his hotel room. Being on the taller side, I can relate to this type of head trauma. Fab was no stranger to embarrassing moments. You may remember his incident with a folding chair during a rookie photo shoot. RIP, big fella.

Rondo broke a bone in his left hand prior to the start of the 2014 season when he “slipped in the shower.” Many doubted Rondo’s version of the story because he was spotted with his kids a trampoline park in days prior. It was sport talk radio fodder for days, if not weeks. While the initial prognosis called for 8-10 weeks of healing, Rondo returned in about six and made the season opener.

Tony Allen was having a breakout season in 2006-2007 when he dunked the ball after the whistle during a January game vs the Pacers. Allen came down awkwardly and tore the ACL and MCL in his knee. How good was TA that season? Since joining the starting line-up in December, he was averaging 17 ppg, 6 rpg, and 3 spg. Allen had emerged as a bright light in an otherwise dark year for the Celtics (24-58, rumors of Paul Pierce wanting to be traded) until this needless play.

As legend has it, Bird injured his hand punching some dude outside a Boston bar in May of 1985. Naturally, the Celtics were playing in the Eastern Conference finals at the time. Bird sustained an injury to his right middle finger. He never missed any time but the injury impacted his shooting for the remainder of the playoffs – a run that ended with a Game 6 loss to the Lakers in the Finals. Bird’s playoff shooting percentage dipped to 46% this year, the lowest of his majestic run from 1983-87. Imagine being so good that shooting 46% in the playoffs gets you criticized.