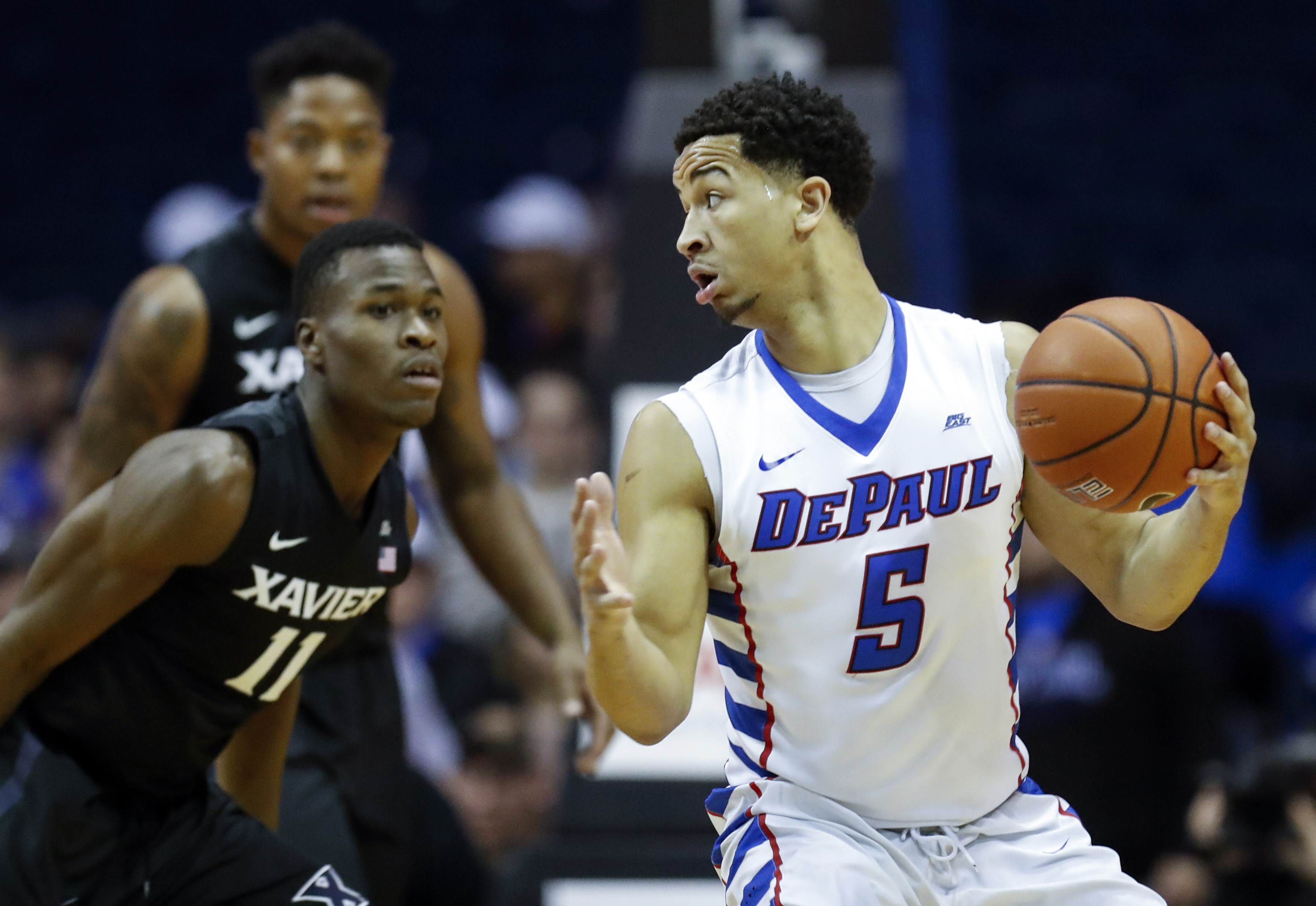 When Billy Garrett steps on the court with the Westchester name on the front of his jersey and his name on the back, he carries on a respective family legacy. Garrett, the grandson of All-American & second-round draft selection Bill Garrett and son of DePaul assistant coach Billy Garrett, is a third generation player who is creating his own path as a professional athlete in the NBA G League.

“Coming up all I knew was basketball,” Garrett told KnicksJournal.com. “The last name on the back of my jersey means a lot to me. My dad is a college basketball coach and my grandfather was a big time basketball player. It feels good that I can bring respect to the name and continue to play professionally.”

During his collegiate career at DePaul, Garrett achieved impressive accolades. He was named the Big East Rookie of the Year and the All-Rookie Team, leading the conference’s freshmen in scoring, assists and free throw percentage. When he wrapped up his four-year collegiate career, he was No. 9  in the program’s all-time scoring list.

“There’s been a lot of great players to come out of DePaul,” the Westchester guard said. “To have my name up there in those record books, it means a lot. It’s just a testament to the guys that I played with, the coaching staffs that I played for, and the hard work that I put in. When I look back on it, it will probably mean more once I get older and look back at my career. It’s an honor to be up there.”

Along with the great moments he had at the collegiate level, he’s battled tough situations in college that has prepared him for his professional career.

Garrett, who has sickle cell disease, had a major incident in middle school at a summer basketball tournament, which resulted in spending four days at an Iowa hospital. He had another crisis following signifiant pain in his legs on a flight to New Jersey.

“College prepared me for this,” Garrett stated. “Just knowing how to take care of my body and knowing what works for me. I haven’t had any problems at all since I’ve been here (in Westchester). I think it’s mainly because I worked out all those kinks at DePaul during my freshman and sophomore years dealing with sickle cell and knowing how to keep my body in shape and knowing what I needed to fuel me.”

Unfortunately, the program didn’t have much success. Through four years, DePaul failed to win more than 12 games in a season and compiled a 42-86 record. Despite the mark, the adversity at the collegiate level helped prepare the 23-year-old guard for his professional career.

“In professional basketball, you have got to be able to deal with adversity and I was in a lot of adverse situations at DePaul,” Garrett said. “It prepared me and made me stronger mentality and a lot of the pro game is mental. DePaul taught me how to deal with those kind of things and just try to do my job.”

After finishing his collegiate career, Garrett embarked on his next journey in the professional ranks. He had pre-draft workouts with the Indiana Pacers, Philadelphia 76ers, and Miami Heat. The DePaul product knew he had a strong work ethic and his determination to succeed was equal, if not greater, than anyone he shared the court with. He worked his way into the G League through a team tryout.

“Going into training camp, I just went in there and tried to play as hard as I can and it worked out for me,” he said. “It goes to show that hard work trumps everything, especially when you’re trying to do the best you can every single day so I feel like that what it says about me.”

Opening night was a special feeling for the Chicago, Illinois native. His basketball journey had come full circle. As a player who played his high school ball at Morgan Park in Chicago, then played four seasons at DePaul, Billy Garrett opened up his professional career at the Sears Centre against the Windy City Bulls. Not only was Garrett playing in front of the home crowd, but he had the support from the DePaul squad.

“I played my college basketball there and then opened up my professional career there,” Garrett stated. “It felt good to see all those guys such as ex-teammates in the stands — all my college coaches, family and friends. It was an honor to be able to go back home and open up my career there.”

In his first season as a professional, Garrett has appeared in every game for the Dub Knicks. He has shown he can score the ball, hustle on the defensive end, and has run the point in certain lineups. In the past six games, Garrett has seen an increased opportunity to showcase his skills following the call-up of Trey Burke.

“I do what I have to do out there, but it presents me with more opportunity to do those things. Trey was a great, great player here. He’s a different player,” Garrett shared. “You just go out there and you try to do what you’ve been doing all year, but at a higher level and be more efficient and more productive.”

He posted double figures in five of the past six games, which included a 20 points and five assists performance at the G League Showcase. The Westchester guard then posted a career-high 21 points three games later against the Maine Red Claws.

After completing the first half of the season, Garrett has shown improvements on the court, while continuing to grow and develop as a rookie in the G League. He has his eyes set on the task at hand in terms of contributing to the best team in the NBAGL, along with improving on the defensive end and being more efficient with his shot.

The Westchester Knicks (as an organization) are well known for providing prospects with the proper resources they need so they continue to be a successful player in the NBA or overseas. Garrett is one of the players reaping the benefits of his hard work and dedication in his rookie season, but this is only the beginning for him.