Your Afternoon Dump... where the guys held a team meeting 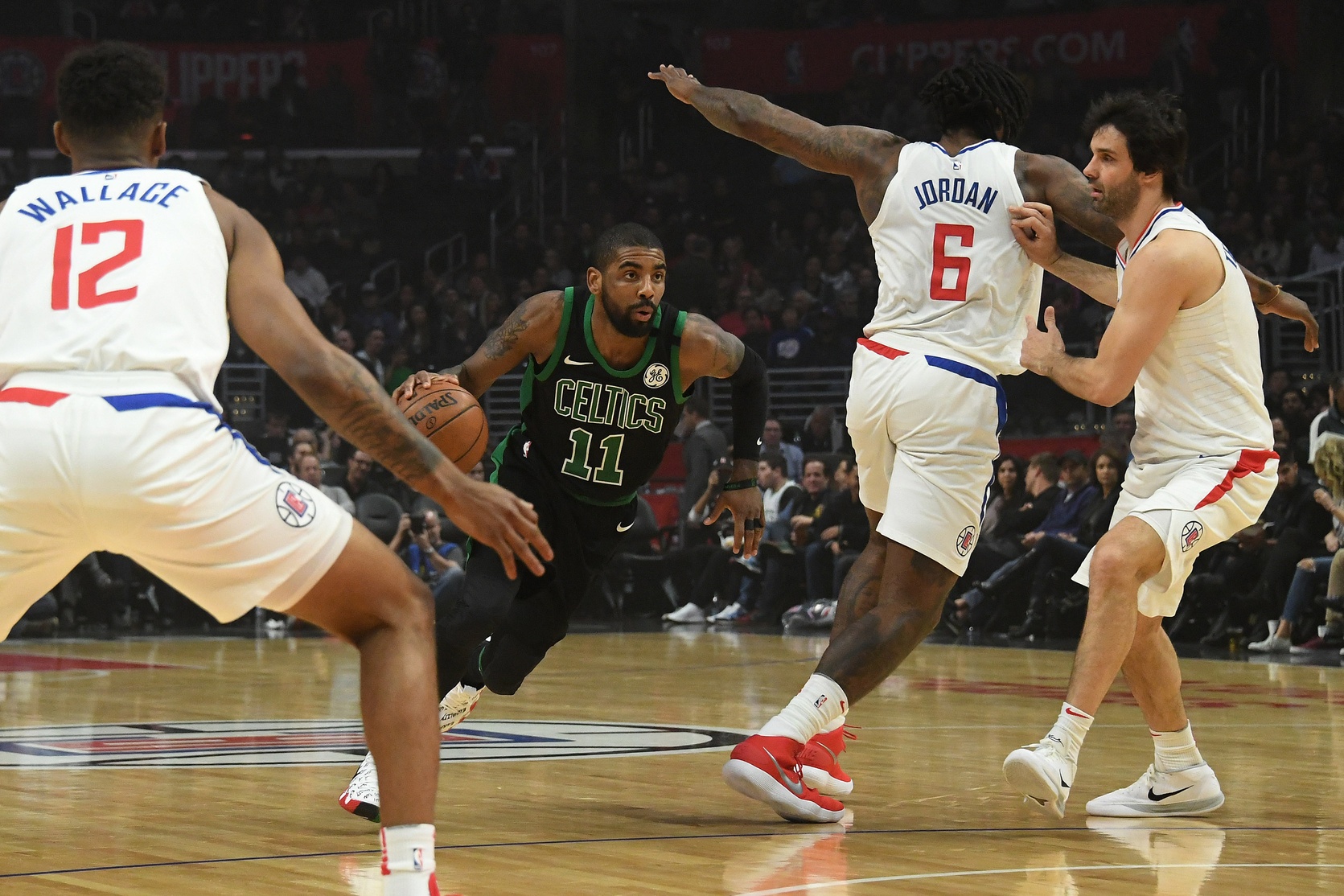 Your Afternoon Dump... where the guys held a team meeting

“I’m trying to think about the right thing to say before it gets misconstrued,” Irving said Wednesday night after helping the Celtics knock of the Los Angeles Clippers, 113-102, and end a four-game losing skid. “Team meetings — it happens all the time. We could call every time we meet a team meeting. And throughout your professional career there are going to be times where you’re tested. And for us it was things that we can control and everyone being great at their role, and us collectively coming together even better as a group.”

According to Terry Rozier, the Celtics held a meeting Monday before losing to the Los Angeles Lakers the following day. Rozier declined to share many details, but described the scene as a way to determine how to “play better as a group.” At the time of the meeting, the Celtics had lost three straight games. The skid grew to four when they dropped a disappointing contest to the Lakers.

The phrase “team meeting” is always associated with bad things. There were no team meetings during the 16-game win streak. They don’t hold team meetings to pat each other on the back and say good job.

So after a very disappointing homestand during which the Celtics looked lethargic and uninterested, the fellas got together to work through their issues.

I don’t think we’ll be seeing a flood of leaks out of this one like we saw out of Cleveland’s infamous airing of grievances. While reports out of Cleveland paint the picture of a very divided team, this Celtics team seems to actually like each other and this is one of many team meetings held by every team around the league.

Still, it’s always interesting when this happens. I fully believe the guys let out a big sort of sigh of relief after the December madness was over and they relaxed way too much. Their effort was terrible in that homestand so something definitely needed to be addressed. Judging from last night’s game, they may be figuring things out.

Side note on Cleveland…

I’ve been of the opinion that they can turn things back on when they want, but I totally overlooked a potential negative when it comes to Jae Crowder and Isaiah Thomas.

I fully believe that these two guys resent the Cavs lackadaisical approach to the regular season. These are two guys who’ve known nothing but success through hard work, and now they’re basically on an island trying to figure out how to exist in a place that doesn’t take every day seriously.

Just look at his disdain from Crowder when Love hit the floor the other night.

umm… did jae crowder intentionally leave kevin love on the ground? or was this a misunderstanding? pic.twitter.com/QzWAZA4nMs

Crowder looks right at Love and steps over him instead of helping him up.

That’s a team that hates each other right now, and I think Crowder and Thomas are on one side with most of the Cavs on the other.

If so, this will make the trade deadline really interesting. There could be a big shakeup coming in the Eastern Conference soon.

Page 2: Two more Celtics will participate in All Star Weekend

.@FCHWPO and @jaytatum0 will be heading back to LA next month for the #NBAAllStar Rising Stars Game ⭐️⭐️👏 pic.twitter.com/4NBvlz5a3c

Based upon what we know at this moment, Boston’s foursome is undoubtedly more prolific than the other foursome to have pulled off this feat. This Celtics group is unlike any foursome that has ever represented a team at an All-Star weekend.

The Rising Stars game was first played in 1994. The Celtics and the 2011 Spurs account for the only two instances in 24 total seasons (there was no All-Star weekend in 1999) to achieve the feat of having two players in each game, with no overlap.

San Antonio had Tim Duncan and Manu Ginobili play in the 2011 All-Star game, while Gary Neal and DeJuan Blair played in the Rising Stars game.

Celtics.com: C’s All-Star Presence Will Be First of its Kind in NBA History

Congrats to Jayson Tatum and Jaylen Brown for getting into the Rising Stars game.

So the Celtics have two All Stars, two Rising Stars, and this guy working his way back…

GUESS WHO!? 🙌 Gordon Hayward gets shots up ahead of last night's Boston Celtics win! 💦#Celtics pic.twitter.com/1QYKFApabk

Gordon Hayward is putting up shots in L.A. pic.twitter.com/lDkq9dA4MA

This is a really good time to be a Celtics fan.

Jason Kidd is not a good coach, and he’s not a good person. We’ve known the latter for a while, and we’ve learned the former over the past few years.

This piece confirms his shittiness…

But Kidd’s power slowly and surely began to erode — to the surprise of nobody who has followed his tumultuous career, one littered with stories of how he feuded with his superiors, coaches and teammates.

Coinciding with the erosion of his influence in the organization, several NBA sources told me Kidd wanted out of Milwaukee and was interested in the head coaching job with the Phoenix Suns.

This is a guy who engineered an exit from Brooklyn after a failed power play. Now he reportedly hastened his departure from Milwaukee so he can pursue the Phoenix job.

I understand wanting to make your situation better, but Kidd always seems to be scheming his own personal enrichment. That is when he’s not destroying relationships with players.

One former Bucks player told me Kidd was “really tough on Jabari when I was there and he shouldn’t have been. He had no reason to do that. Jabari is a good kid.’’ And another former Bucks player claimed Kidd threw Parker under the bus when, after Parker had talked publicly in general and non-critical terms about a team meeting, Kidd disciplined him by not starting him the next game. Kidd told reporters his decision came after the players voted on the matter.

When I asked a Bucks player a short time after the incident if he voted to have Parker sit at the start of the game, he replied, “What vote?’’ When I asked another player about the so-called vote, he replied, “Well … it must be true. It was in the paper and whatever you read in the paper is right.’’ He then started laughing. That incident, several people close to the Bucks said drove a Texas-size wedge between Parker and Kidd.

Kidd may get one more chance somewhere, which is something we should watch in Boston. There’s a good chance he’ll poison that place too, and you can bet Danny Ainge will be circling above to try to swoop in and take advantage.