Jose Reyes Re-Signing With the New York Mets Was Inevitable 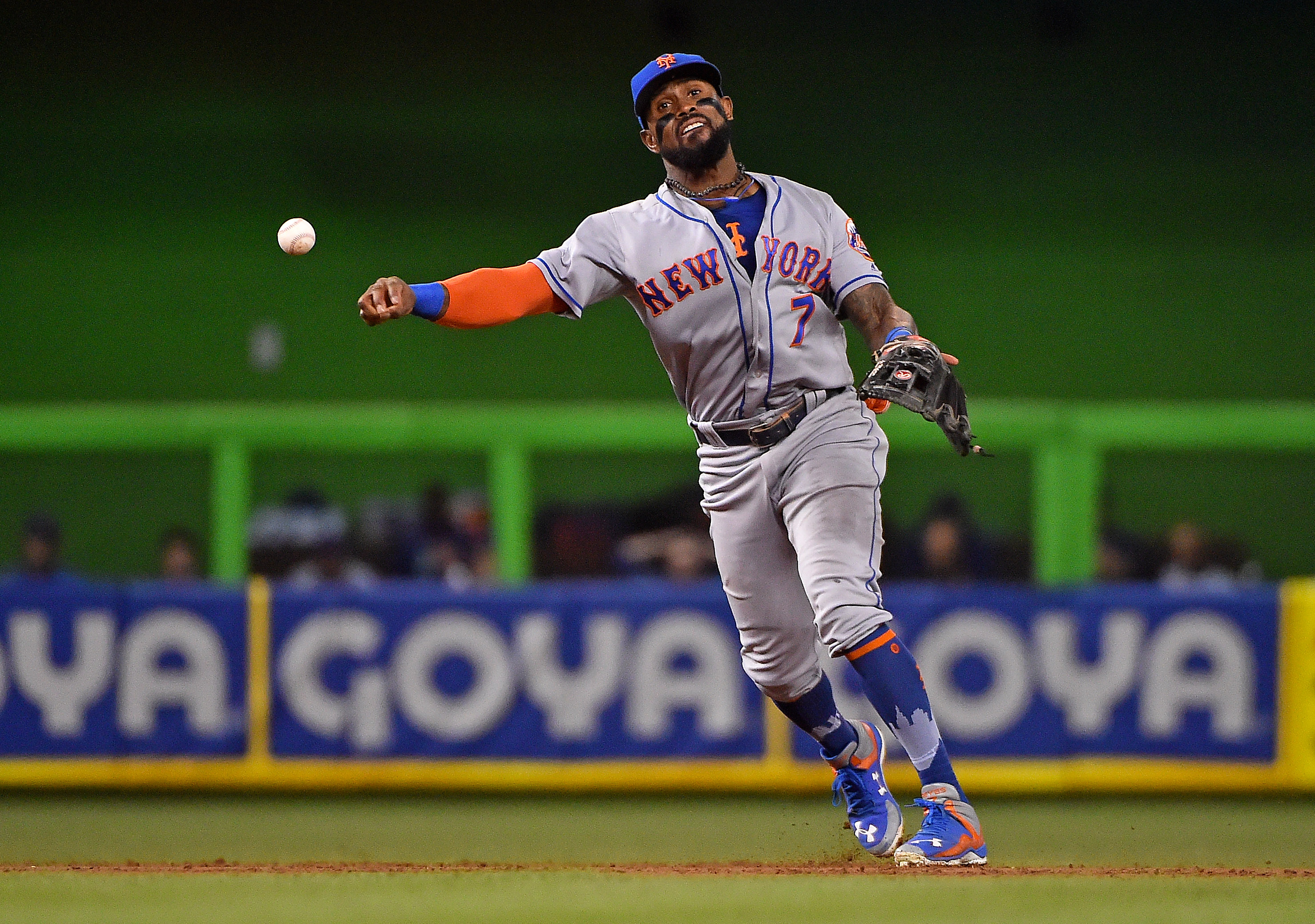 Jose Reyes Re-Signing With the New York Mets Was Inevitable

Before the Milwaukee Brewers stole every available headline with their two big splashes Thursday night, the New York Mets actually made a move. It was another familiar one, too.

On the heels of re-signing outfielder Jay Bruce to a three-year deal after trading him away last July, New York agreed to terms on a one-year, $2 million deal with veteran infielder Jose Reyes. The Mets have been hunting for another starting infielder this winter — either at second base or third base — so it’d be easy for the fan base to groan over a move like this.

However, it seems as if the team has the right idea regarding his role in 2018…at least for now.

As long as Reyes’ role doesn’t change between now and Opening Day (barring injuries and/or other unforeseen things), this signing makes a ton of sense. And honestly, just about every Mets fan could’ve told you it was eventually going to happen.

While the veteran speedster isn’t the player he once was during his first stint in Queens, he’s still a productive offensive player, which we touched on earlier this week.

Even with those extreme struggles, he posted an fWAR of 2.0 and FanGraphs pegged his value at $16.2 million. For a team that, for the most part, still lacks speed on their roster, it’s not a bad idea to have a guy like this on the bench.

There are likely a number of reasons why the Mets ultimately brought Reyes back for 2018. Yes, they’re familiar with him and he didn’t cost a bunch of money, but he did show off his versatility on the diamond. He spent significant time at shortstop (630.1 innings), second base (207.1) and third base (279), along with even a handful of frames in the outfield (5.1 in left field and 1.0 in center).

Defensive metrics weren’t kind to him, but it shouldn’t be so terrible if his playing time is limited. Plus, FanGraphs still pegged his defensive rating at 1.1 in 2017.

The most attractive reason to re-sign one of the franchise’s most recognizable players, though, should be because of his relationship with Amed Rosario. These two are very close and were almost always seen together once Rosario made his big league debut last August. Helping him continue to adjust and make strides both on and off the field will be Reyes’ most important job.

Now that he’s back, New York doesn’t have to worry about finding a new clubhouse DJ, so that’s great news. In all seriousness, though, Reyes’ energy can be contagious at any given time. A quick look at his Snapchat during the regular season will show him spending time with Yoenis Cespedes and Asdrubal Cabrera (presumably his BFFs), or fooling around with Noah Syndergaard and Jacob deGrom.

He didn’t exactly keep the younger players in check last summer once the Mets started trading away veteran players, so it’s not as if he’s a clubhouse leader, but his ability to keep the mood light and loose during the grind of a 162-game regular season shouldn’t be overlooked.

General manager Sandy Alderson and his front office now have to come through on their reported desire to acquire another every-day infielder. While it can be a tad annoying to watch them continue to bring back former players instead of doing something different, this one made sense on multiple levels — with the understanding that he’s going to be a bench player.

Seeing this agreement happen was only a matter of time, and hopefully his influence over Rosario will help the young shortstop take a significant step forward in his development as a big leaguer. If he can help make that happen, this will be money well spent.