Heart and Soul of Enes Kanter leads Knicks over Suns 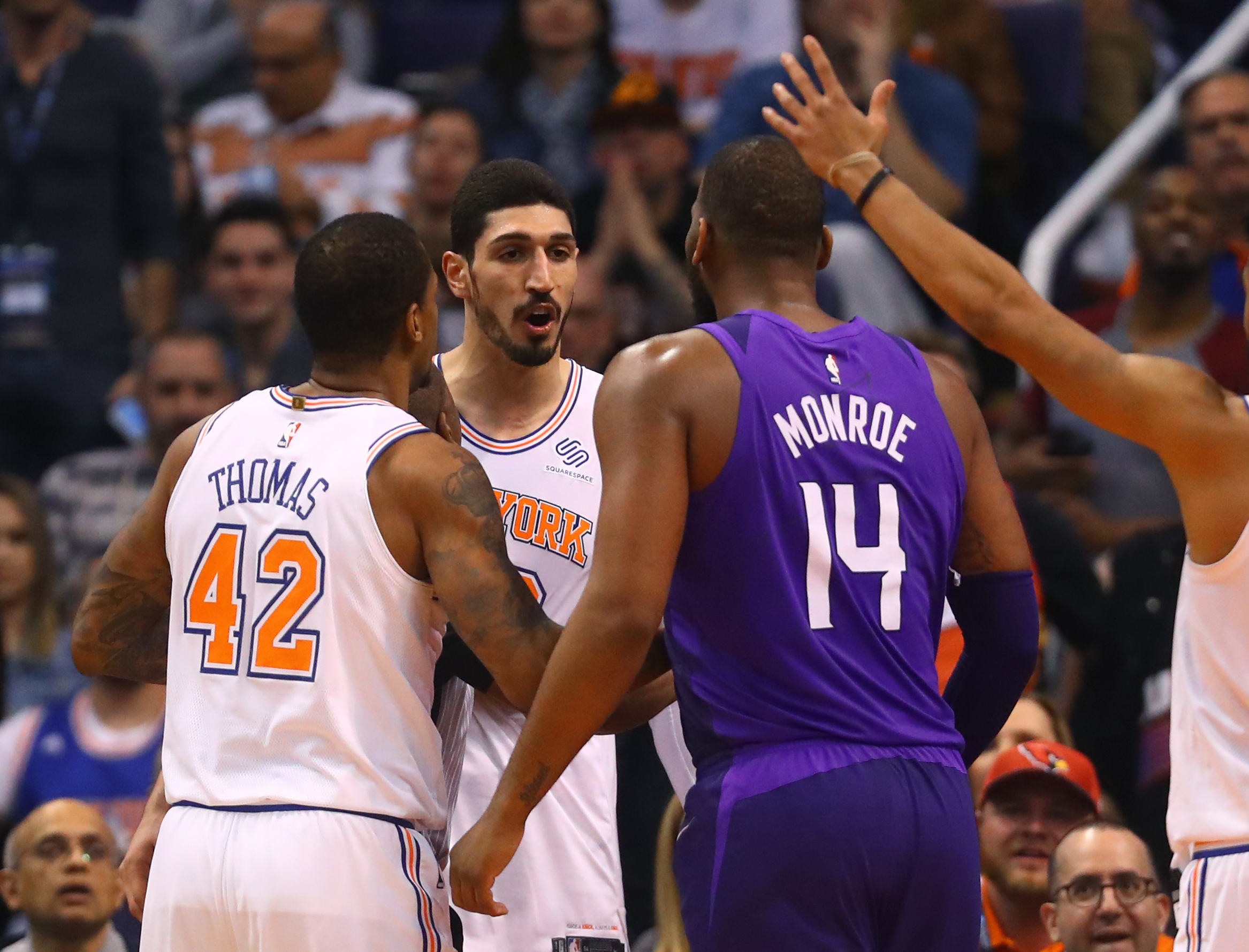 Heart and Soul of Enes Kanter leads Knicks over Suns

Over the course of their west coast road trip, the Knicks’ run and gun game has been stopped in its tracks. But as they arrived to their next stop in Phoenix to take on the Suns, it was clear New York may finally have an obvious upper hand.

Much like the Knicks, the Suns are a young and transitioning squad with holes in its respective defensive effort. This was especially apparent with the injured absence of former Knick (and Defensive Player of the Year) Tyson Chandler. With Phoenix boasting a rather soft frontline without him, Enes Kanter must have smelled blood in the water.

Tallying his third 20 point effort in the last six games, Kanter attacked the hoop early and often. He helped the Knicks jump out to an early lead. For anyone that’s watched New York this season, it’s easy to see that the big man the team acquired in the Carmelo Anthony trade has quickly emerged as the heart and soul of this hungry group. He plays with passion and fire. For his teammates, such a demeanor can be infectious. For opponents, Kanter’s bite and subsequent bark can lead to frustration. As the Suns struggled to keep up with a free-flowing Knicks’ offense, frustration set in.

As Kanter sparked the offense and the likes of Kristaps Porzingis and Tim Hardaway Jr. followed in his footsteps by pouring in the points. Veteran Courtney Lee had an advantage featuring size and experience over Devin Booker. Still just 20 years old, Booker was flustered by Lee’s pestering presence and the lack of room beyond the three-point line.

Converting on just 4 of 12 shots, Booker let his struggles get the best of him as the Knicks took command of the game. From a push of Tim Hardaway on an open floor layup (which resulted in a flagrant one foul), to a shoving altercation with Kanter (a technical foul) down low mere minutes later, the Suns;’ leading scorer was sent to the showers midway through the third quarter. As the Knicks held their lead and the fourth quarter became garbage time, that was all she wrote for Phoenix.

What will ultimately become of this season remains to be seen following the Knicks’ most recent ups and downs. Nevertheless, the most daunting part of the campaign is over and the team can now look to regroup and salvage what comes next.