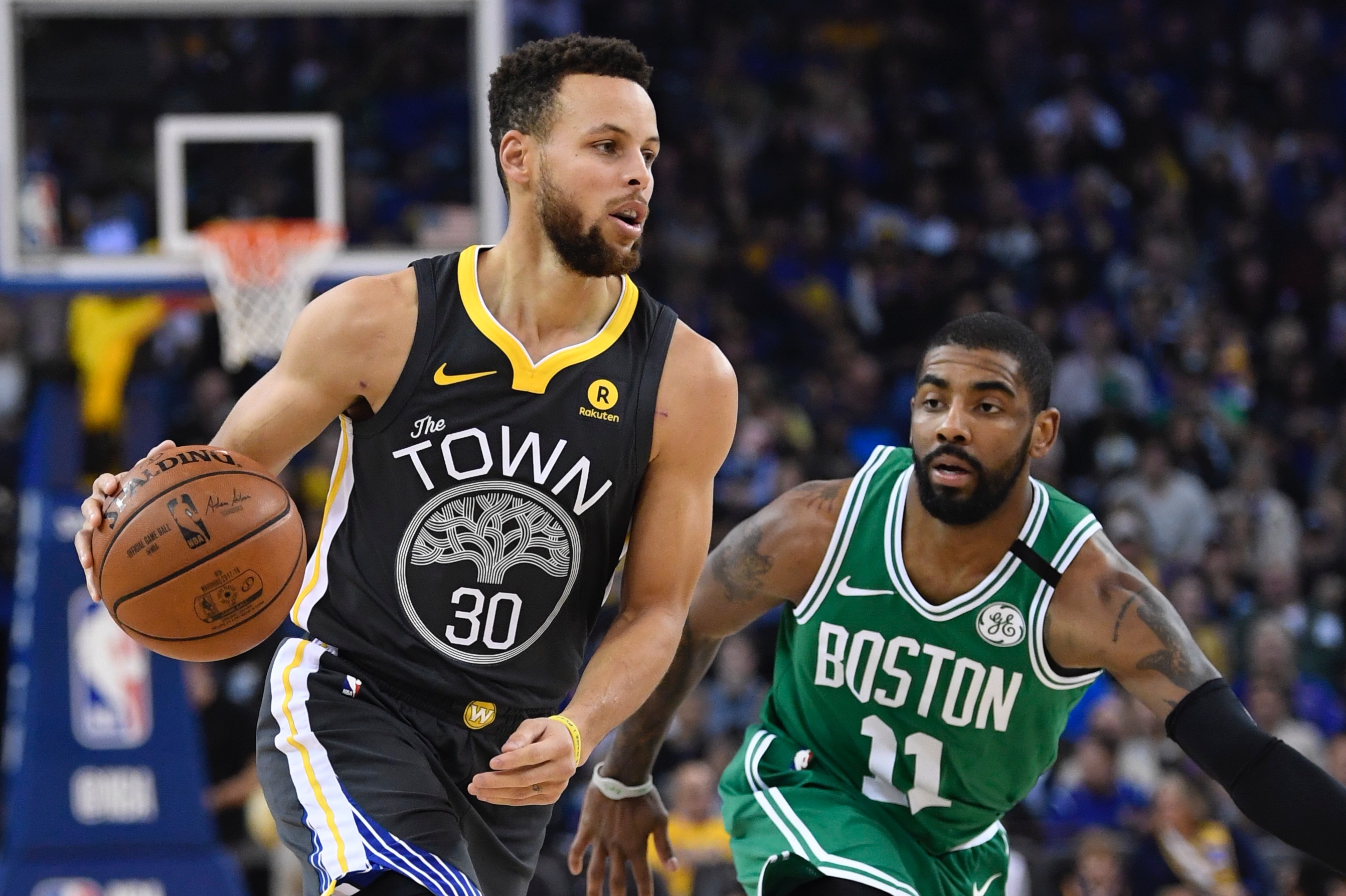 A four point win was all it was for the Golden State Warriors, led by All Star Steph Curry in the last remaining parts of the game. A 5-0 run by Curry himself helped drive Golden State past the blue collar Boston 109-105 in a shootout array.

With both clubs hitting the field goal mark of 40% easily, it was a shooting contest essentially. For the C’s, led by none other than Kyrie Irving, a 37 point performance helped Boston keep within reach, and at times led the game with its balanced attack and multiple players that can defend different positions. Sixth man guard Marcus Smart was out for this game with an injury, but you could see forward Jaylen Brown, who dropped 20 points in 35 minutes, that he took on the role of being aggressive while keeping up the offensive figures. Following Brown, newly named All Star Al Horford finished with a 15 point 13 rebound performance, leading the team in boards and blocks (2). Forward Marcus Morris filled the bench role, delivering with 12 points and 8 boards to help defend the versatile Warriors team.

A 49 point barrage from Steph Curry fueled the Golden State comeback against Boston. With Curry hitting essentially every shot he took (8-13 from the 3pt line), it was a triple headed monster with Curry, Durant and Draymond Green all absorbing minutes and the glass. Green had a 15 point 11 rebound game to go with defending at the highest level against a very tough offense. Forward Kevin Durant chipped in 20 points and 9 boards to keep the offensive rythym going while the C’s essentially wiped sharpshooter Klay Thompson off the map (7 pts 4 boards).

Hitting 50% from the 3, Boston should not be ashamed for a true loss. Falling short by a few points, this team has not lost a beat since the devastating Gordon Hayward injury, as the C’s look to play Denver this coming Monday 1/29 at 9pm et.