Some Thoughts On The NHL and Video Review 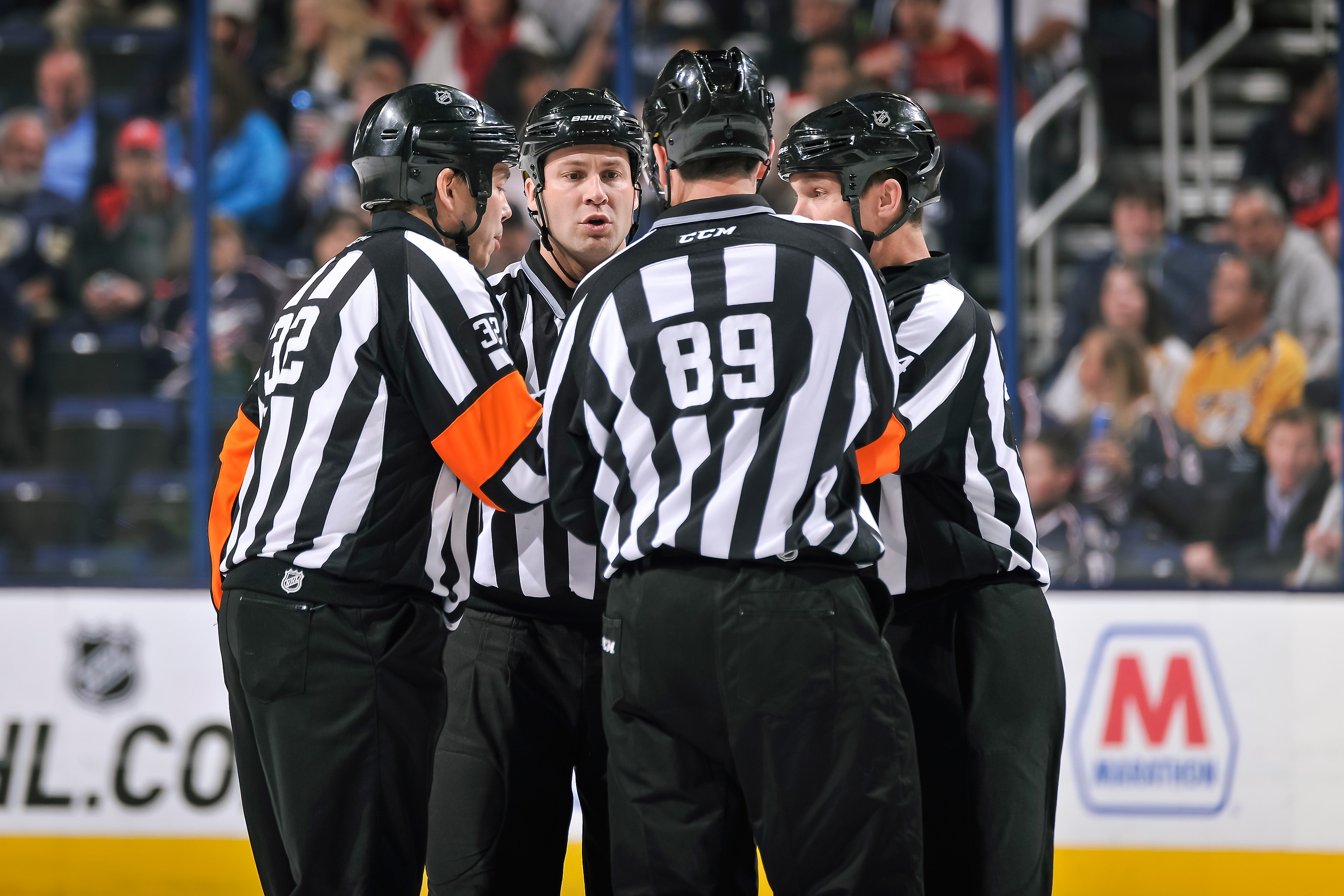 Some Thoughts On The NHL and Video Review

This year was, in my mind, one of the most entertaining years of NFL football to date. We saw many new teams emerge, stars take flight, and rivalries take center stage. Problem is, no one was really talking about those things for a majority of the season. Instead, people were talking about how bad the NFL’s officials and video review system was. In fact, the horrid NFL catch rule ended up determining the number one seed in the AFC.

I’m a New England Patriots fan, family has had season tickets for years. That said, the catch rule determined a game New England shouldn’t have won. Sure, you love it when it helps your team, but boy, does it suck seeing such a great and important game determined by such a horrible rule.

This brings me to Thursday night in Edmonton. After Ryan Strome’s overtime winner was overturned, I felt I couldn’t keep silent anymore. The NHL’s video review system is flawed in a major way and the rule book is, for a lack of a better term, a complete joke when it comes to off-sides and goaltender interference. It is impacting games and has had an impact on playoff series.

Enough is enough. This isn’t what video replay is for. Video review is to overturn egregious calls, not nitpick over a half an inch here and a half an inch there, or “What am I supposed to tell Corey?”.

The problem with video review is that it takes all the human era out of the game. Now, we have five minute reviews to determine whether or not a player’s skate was a centimeter off the ice 30 seconds before a goal was scored. Half of these replays look at things that had no impact on the play, and they draw negative attention to a league far behind the NFL, NBA and MLB as it is.

In fact, you need to look no further than last spring’s Stanley Cup Playoffs. In game five between Edmonton and Anaheim, the Ducks stormed back to tie the game with 15 seconds to play in regulation. The goal was allowed to stand, but it was blatant interference by Ryan Kesler. That goal impacted the series, one which the Ducks would win, in a very big way.

Fast forward to game one of the Stanley Cup Finals between Nashville and Pittsburgh. Early in that contest, PK Subban appeared to open the scoring before Pittsburgh coach Mike Sullivan called for the challenge. The goal was called off-side and played a big part in that game. As you can see in the video below, we are nitpicking inches that really had no impact in the end.

Oiler fans need to look no further than earlier this season in Nashville, when Jujhar Khaira ended up being off-sides by a centimeter and it negated the tying goal by Mark Letestu late in that hockey game. Sure, it’s technically the right call, but like the NFL catch rule everyone knows that it should have been a goal, just like Jesse James should have had a touchdown.

The NHL needs to make a decision and they need to do it ASAP. Their video replay system, specifically off-sides, is one of the biggest farces in professional sports. It is openly mocked by hockey fans and non-fans alike, and it is a problem for a league searching for more offense on a yearly basis.

There are two options for the league in my opinion. First is we scrap video review altogether when it comes to off-sides and goalie interference. These were put in place to avoid egregious errors like Matt Duchene’s blatantly off-side goal in 2013. Overturning that is one thing, but nitpicking a half-inch here and a half-inch there on a five minute review? That’s not what the NHL needs.

Ditto for goalie interference, where there seems to be NO standard whatsoever. If the Ducks tying goal in game five counted, then Ryan Strome’s winner on Thursday should have, as should have a goal Minnesota appeared to have scored earlier in the night. There is no standard when it comes to this, and it is almost like they are picking ‘yes’ or ‘no’ out of a hat half the time. It’s embarrassing for a league that badly needs to do a better job appealing to non-fans.

Either change the rules or scrap replay altogether. What we have right now isn’t working and it is impacting the game in a negative way. It has to be fixed, or else people will simply continue to laugh at the NHL, star players will remain pissed off and fans will lose their minds.

My proposal? Make the blueline a plane like in the NFL with the goal line and clarify the goaltender interference rule so it leaves absolutely no room for interpretation. Make it a black and white rule with no grey area.