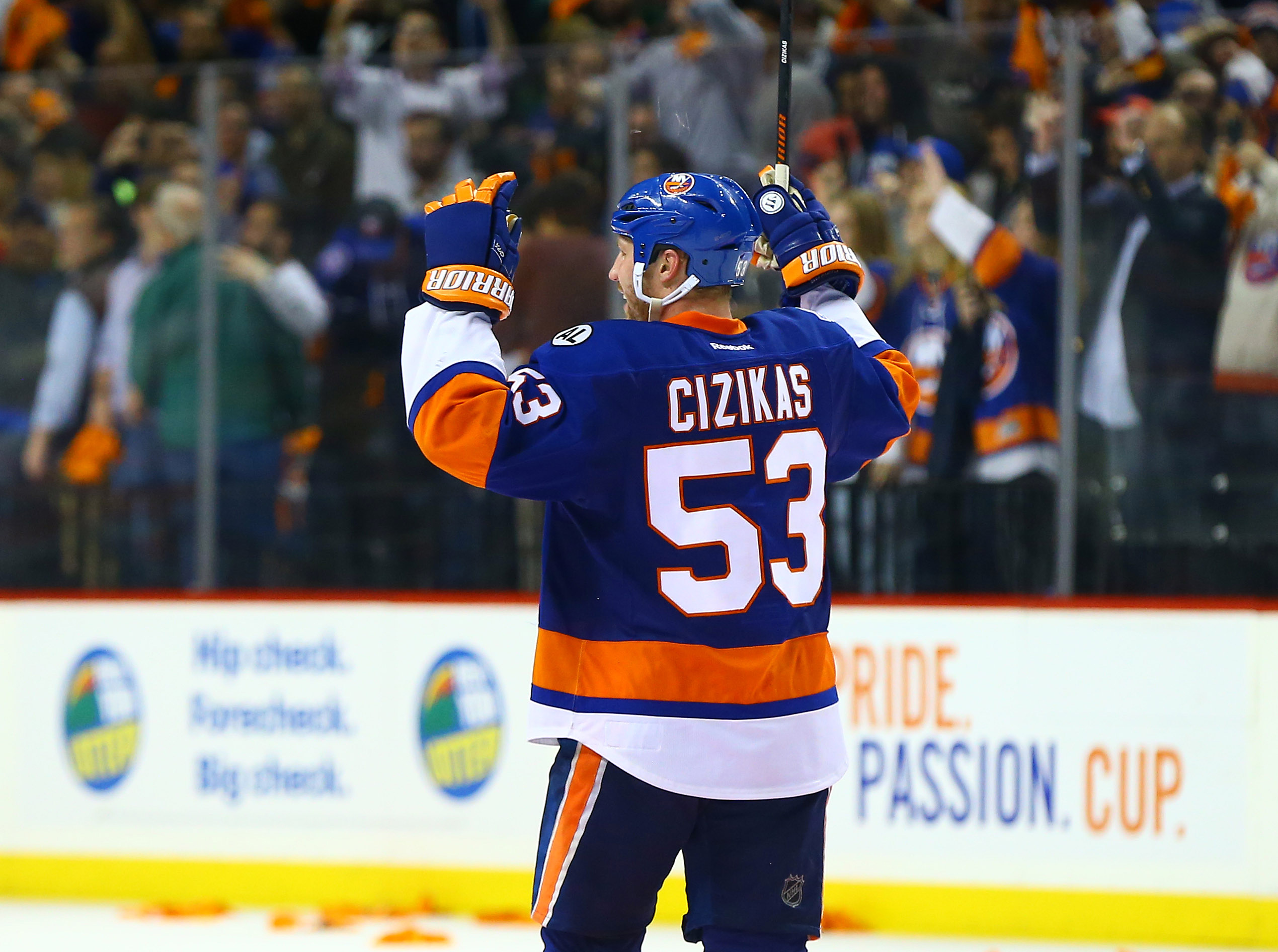 The Least You Should Know About the Panthers… Jonathan Huberdeau has 15 points over his last 13 games played. The Panthers forward also leads the team in scoring with 47 points (13 goals, 31 assists)… The Panthers own the seventh-ranked penalty kill in the NHL since November 22. Florida’s PK has been operating at 87 % efficiency rate during the 27-game span… Aaron Ekblad has three points (two goals, one assist) over his last four games with the Panthers.

EAST MEADOW, N.Y. — The Islanders will get some help in their first game back after the NHL All-Star break.

Casey Cizikas will return to the lineup when they host the Florida Panthers tonight at Barclays Center. The Islanders forward was injured during the Islanders 7-2 win over the New York Rangers and has missed the previous six games with an upper-body injury.

Cizikas will play on the wing with Brock Nelson and Tanner Fritz or Alan Quine. Islanders head coach Doug Weight was not completely sure which player was going to play where. It’s been a while since Cizikas has played on the wing, telling reporters that the last time he played that position might have been his first year when Marty Reasoner was still on the team.

Cizikas has been a big part of the Islanders penalty kill and the team struggled when they’ve been down a man without him on the ice. The Islanders surrendered a power-play goals in four of the six games that Cizaks missed due to injury.

Cizikas has been one of the Islanders leading penalty killers, averaging 2:27 of ice time when they’ve been shorthanded.

“He plays a huge role on our team,” Josh Bailey said. “If he’s out of the lineup we miss him. It’s nice to have him back. He brings a lot of energy and enthusiasm, not only on the ice but in the dressing room. Big piece in our room, so it’s good to have him back.”

With Cizikas back in the lineup, Ross Johnston will be scratched tonight. The rest of the lineup stays the same and the Islanders return to action with Jaroslav Halak in net.

Cizikas’ return coincides with the return of former Islanders head coach Jack Capuano to the Barclays Center. Capuano coached the Islanders from November 15, 2010 until January 17, 2017, when he was fired and Weight took over.

Capuano was hired by the Panthers as an assistant coach during the summer. Tonight will mark the first time Capuano will face the Islanders at the Barclays Center.

The former Islanders coach squared off against the Islanders earlier in the year in Sunrise.

“I watched a lot of video with Jack and watched him run a lot of practices,” Weight said about Capuano. “You picked each other’s brain up there for five years… It will be good to see him.”