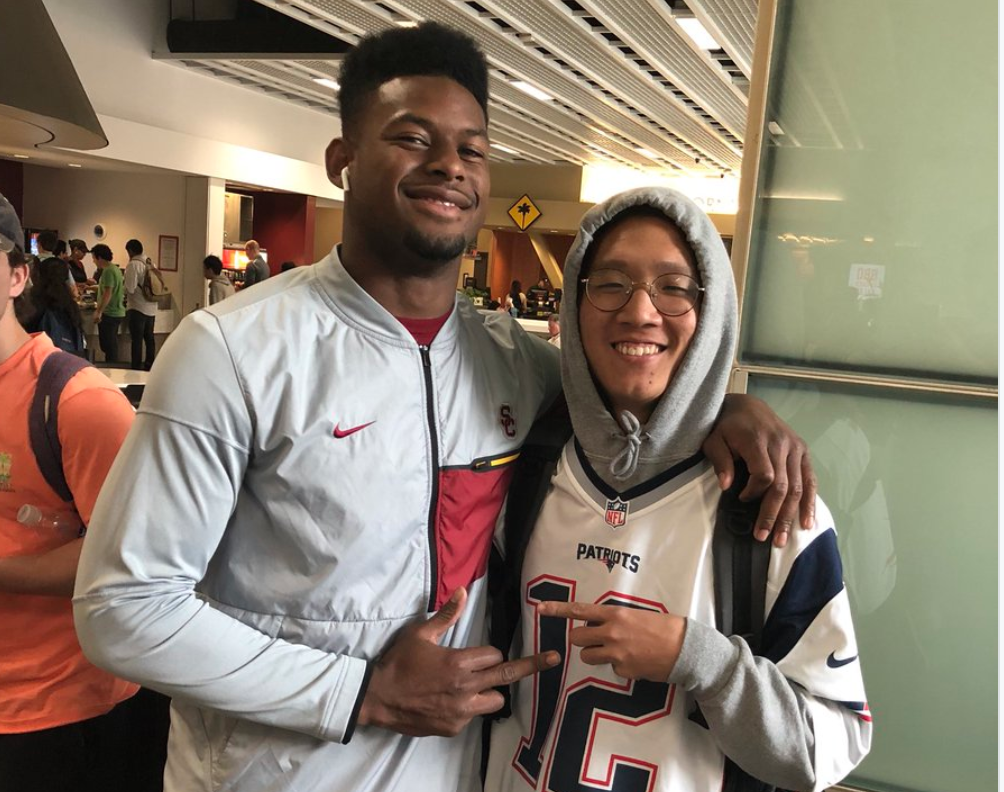 Steelers receiver JuJu Smith-Schuster made his rooting interests in Super Bowl LII quite clear with a photo he posted on Tuesday.

Smith-Schuster took to Twitter and shared a photo showing him and a fan, who happened to be wearing a Tom Brady jersey. In it, the fan smiled and pointed to Smith-Schuster. The Steelers rookie pointed at the fan as well, but did so by using his middle finger — clearly flipping off the jersey he was wearing.

The Steelers and Patriots squared off in last season’s AFC Championship game, and many fans and analysts assumed the two teams would meet again this year. Unfortunately for the Steelers, the Jaguars had other plans, and ended up spoiling the rematch party, which led to an early playoff exit for Smith-Schuster and his teammates.

Judging by that photo, it’s safe to assume that Smith-Schuster is rooting for the Eagles in Sunday’s big game.