Alex Smith, Kirk Cousins and the Redskins, there is always more to the story. 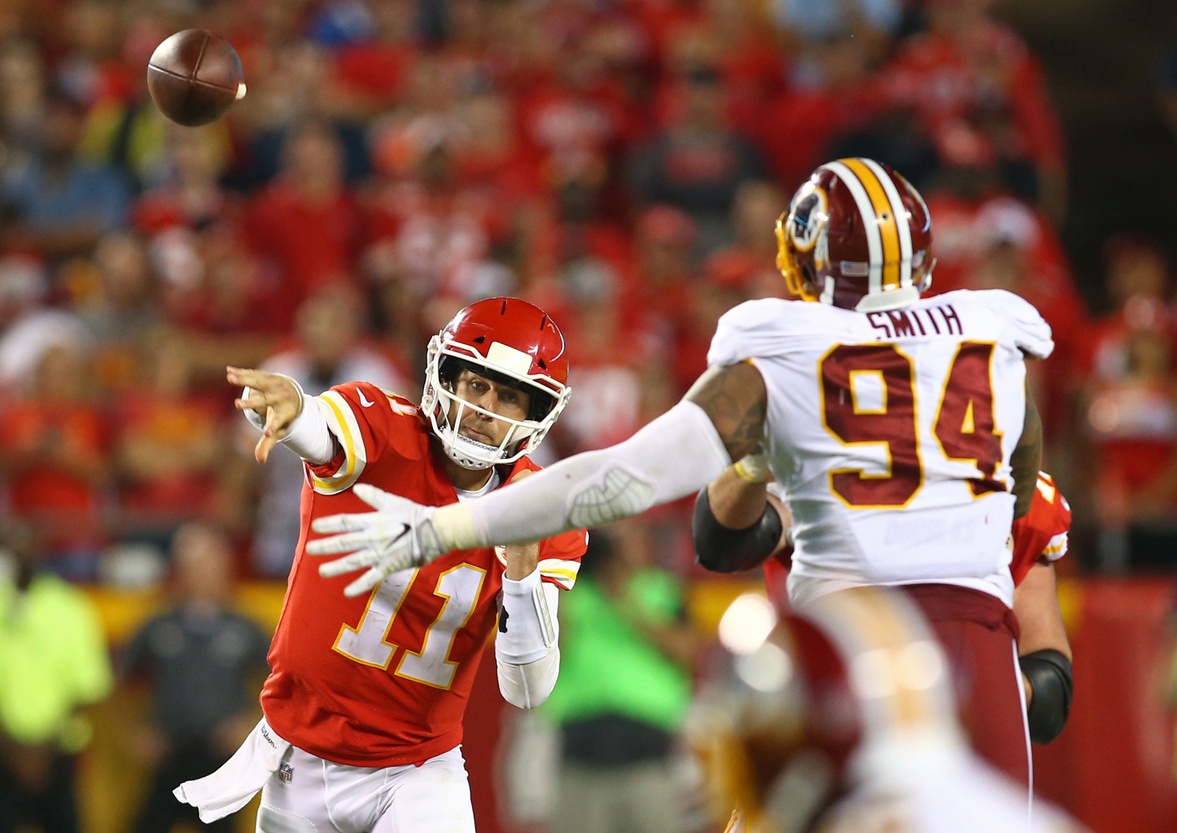 Alex Smith, Kirk Cousins and the Redskins, there is always more to the story.

Welcome to the Redskins, Alex Smith!

For as much as Hog Heaven is a Kirk Cousins fan, we have been Redskins fans for life. We will always be Cousins fans. Team allegiance demands we root for Smith’s success, however.

Of the face of it, trading for Smith looks like a “get me someone like Kirk Cousins” move.

Smith’s 2017 yardage and passer rating performance was the best of his career, while his QBR held form. To Cousins skeptics, his QBR is more “proof” of Kirk’s failure to lift the team. Of course, Smith was lifting the talents of rookie RB Kareem Hunt, 1,327 yards, 8 TDs, and TE Travis Kelce, 1,038 yards, 8 TDs.

Can’t say enough about the guy…. one of the best competitors and teammates I’ve ever been around. Someone who I owe a lot of my success to, and a guy that’s been a class act through all the ups n downs. Thanks for all the memories brotha! pic.twitter.com/OoGxBeOijY

Faced with open revolt over losing Cousins to free agency, the Redskins had to find an alternative to sell to their fans. This might be it.

The saga is over, but there is always more to the story.

We don’t know the inside conversations between Kirk’s agent and the Redskins. It was a continuous, perhaps contentious one dating back to 2015. A story in USAToday.com exposed Bruce Allen for his disingenuous negotiating tactics a year ago.

A similar storyline was playing out in milder form between Smith and Andy Reid. Smith just finished a career year and was named to his third Pro Bowl, yet was uncertain as recently as Monday of his future in Kansas City.

After being snookered by Andy Reid on that trade for McNabb, the Redskins did a quarterback deal with him AGAIN. 😒

Teams can shake hands on a deal, but they cannot sign commitments until the new league year mid-March. That’s when the hard numbers are reported to the Players’ Union.

What’s been leaked is that the “Skins agreed to extend Smith’s contract by four years for a contract value of $94 million with $71 million guaranteed. The guaranteed amount is the only number that counts in NFL contracts.

That is more than any published offer they made to Kirk.

“This isn’t a jab at Smith as a player. He’s proven he’s more than just a game manager, earning Pro Bowl honors in two consecutive seasons. This is taking a jab at the fact that the man has won absolutely nothing and yet the Redskins have more faith in him than Cousins.”  ~ from www.12up.com.

To most fans, the killer is that the Redskins sweetened the deal by throwing in young, homegrown talent CB Kendall Fuller.

We know from buzz out of Kansas City that multiple teams showed interest in Smith once the Chiefs made known that he was on the trade block. We surmise they were entertaining several proposals. Giving up Fuller was something the Redskins had to do to close the deal.

Considering everyone in football knew Kansas City was moving to Patrick Mahomes, getting a 3rd round pick and a rising young player for Alex Smith was some deft negotiating. #Chiefs

We don’t like it. Fuller is just the type of young talent that is a building block. And it smacks of Snyderrato, that time in the early ‘aughts when Dan Snyder and Vinny Cerrato tossed in costly extras to make deals work. The memory is not a pleasant one.

Still, his own father said going into 2017 that Kirk would not have signed any deal that Bruce Allen offered.

Kirk Cousins father, Don, says he would not have signed any contract offer from the Redskins this summer. Even for the highest contract in NFL history (which he will likely sign this offseason). pic.twitter.com/yLWddmciUy

Kirk will be alright.

While the Redskins control his status, Cousins still has leverage on his situation.

The ‘Skins cannot trade him unless they sign him to a new contract even if it is a transition tag. Pay attention: Teams trade CONTRACTS. There is nothing to trade until that happens.

Kirk already said he would sign a tag if offered. Why would he not? It’s guaranteed money for one more season. He is free to decline to negotiate with any team he does not wish to join. That his leverage.

On @Browns_Daily right now @AllbrightNFL said that “Alex Smith chose Washington due to the long term deal that the Skins were offering.” Added Browns offered multiple picks but wanted him for short term deal and Denver offered a 2nd and Aqib Talib!

A similar scenario had to play out between the Chiefs, the Redskins and Smith. News of Smith’s contract extension broke as soon as the story about the trade. That had to be locked before the announcements. Ironically, Smith’s $71 million guarantee is a new comparative that strengthens Cousins’ contract demands.

The third-round pick is also a new comparative. If the ‘Skins only gave up a third-rounder (and Fuller) for Smith, that likely is the best they can get for Cousins. If they do nothing, the league will award them a conditional third-round pick just for losing a veteran to free agency.

Whatever happens, Kirk Cousins has proven himself a man that does not blink, trusts in his own talent and who lives beneath his income. With as many as seven teams interested in his services, Kirk will land on his feet. He always does.