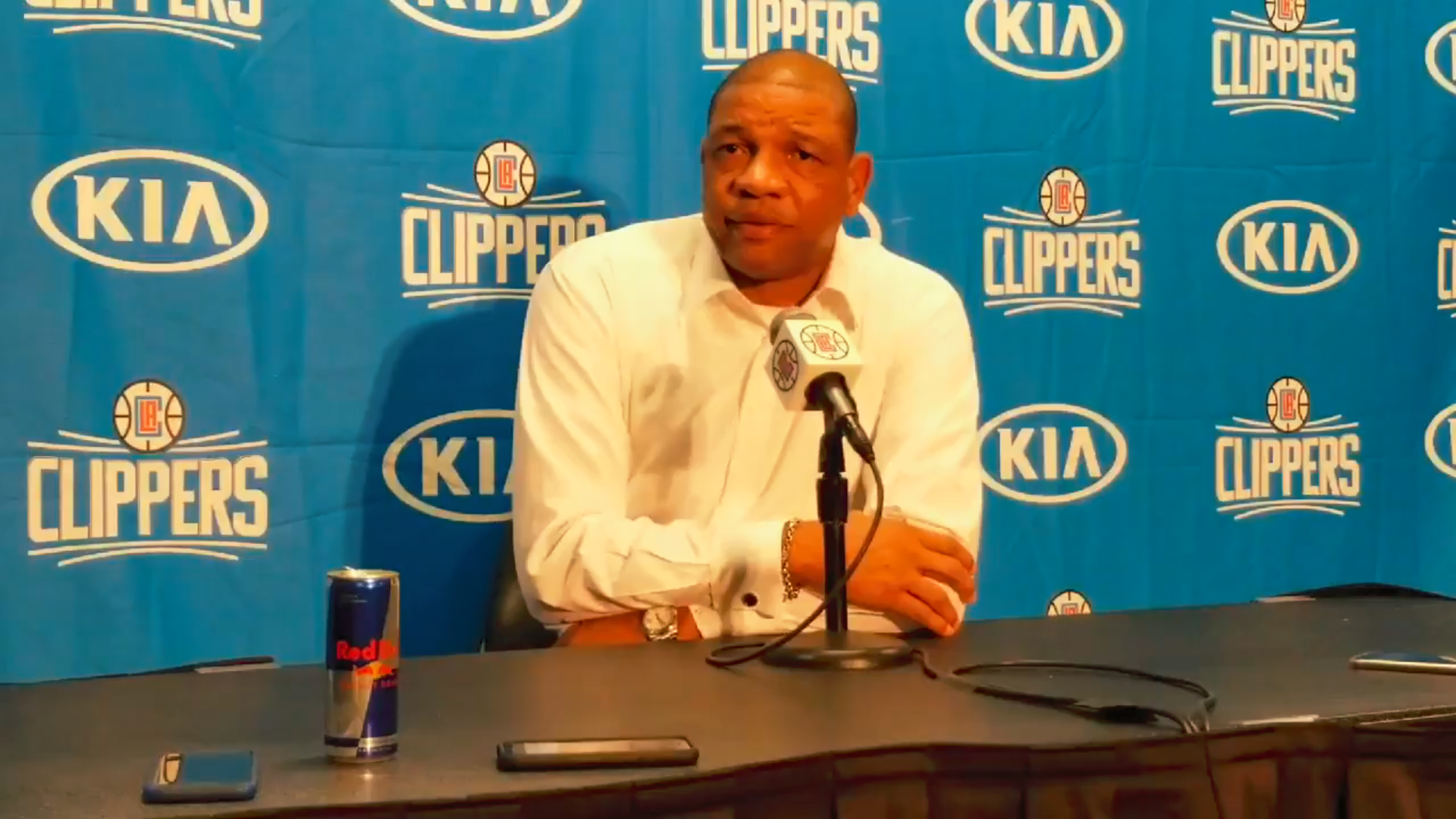 The Clippers made one of the biggest in-season trades in NBA history, and it appears that might be it for them.

Blake Griffin, who was initially promised to be a Clipper for life, was traded to the Pistons, for a number of players and draft picks.

As it stands, the Clippers now only have one player on its starting five from last season — DeAndre Jordan. Lucky for Clippers fans, it looks like he won’t be moved, as head coach Doc Rivers suggested the team is likely done making moves, when asked about it on Tuesday.

Doc Rivers on whether more moves are coming for Clippers: "I don’t know. I don’t think anyone knows. Right now, we’re pretty much done. But that doesn’t mean ‘ever’ that you’re done. There’s 7 days left. This team has not changed its goals about the playoffs. That's our goal."

The Clippers are currently 25-25, and trail the Nuggets by just one-half game for the final playoff spot in the Western Conference. Rivers’ comments make it appear as if the team is still going to compete this season, and that it’s just a small rebuild/retooling of sorts — not a complete rebuild.

Still, it’s hard to see the Clippers competing this season, given the lack of talent on the roster. Lou Williams can only carry them so far.