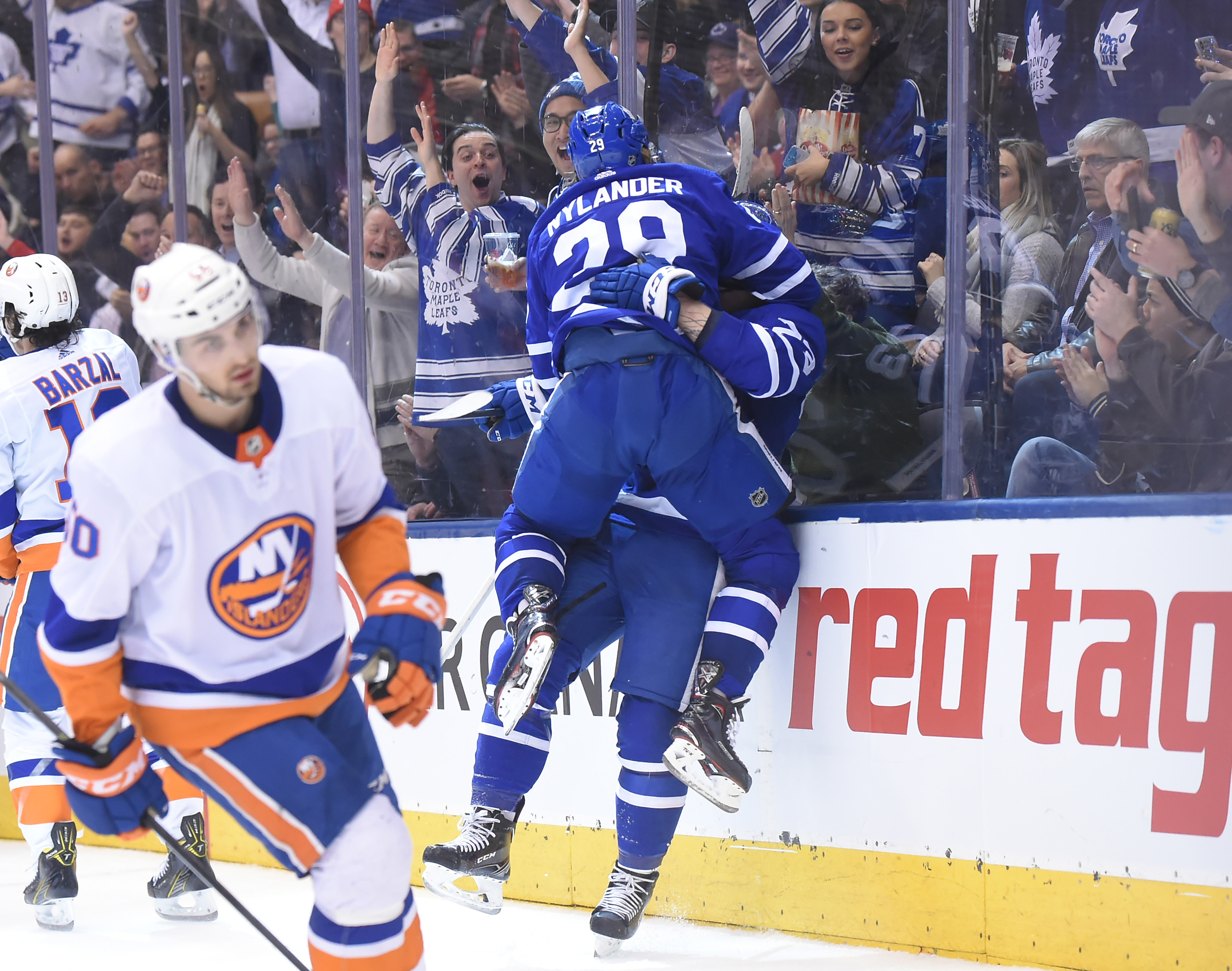 The Maple Leafs had essentially secured a win by the time they headed to the dressing room after the second period.

The Islanders had surrendered four goals on 32 shots through the first 40 minutes and gave up one more goal in the third to fall to the Toronto Maple Leafs, 5-0. The loss was the Islanders second straight and ended the month of January the same way it began for New York.

Wednesday was the second time this month the Islanders had been shutout and fourth time this season it had occurred.

The Maple Leafs took the lead 5:37 into the game off a goal from Kasperi Kapanen and pulled ahead by two at the 13:39 mark of the first period. Auston Matthews corraled a loose puck that Thomas Greiss poked off the stick of Zach Hyman and buried it into the Islanders’ net.

The scoring onslaught continued into the second period when Mitch Marner scored at 10:32 to put the Leafs up 3-0. Travis Dermott scored his first career NHL goal at 18:59 to give Toronto a four-goal lead and Justin Holl scored his first NHL goal in his NHL debut in the third period to make it a 5-0 game.

Greiss made 45 saves in the loss for the Islanders.

1. Mathew Barzal gets a lot of praise when does the right thing, but the Islanders rookie made quite a few mistakes on Wednesday that led directly to goals against. Barzal finished the game a minus-4 on the evening, having been on the ice for the Leafs first, second, fourth and fifth goals. Barzal wasn’t physical enough in front of the net on the first goal and appeared to knock the puck into his own net.  The rookie was caught watching on the second goal as Matthews was able to score to put the Leafs up 2-0. Barzal had the turnover in his own zone that allowed Nylander to set up Dermott for his goal in the second period.

Barzal has been known to make mistakes before, but the rookie has usually been able to make up for them with his offensive ability or the hustle he’s shown on a nightly basis. That just wasn’t the case on Wednesday.

A stat that also hasn’t been great this season, the Islanders record in the second game of a back to back. The Isles are now 3-5-0 this year in that game.

3. “The way we’ve played the last couple of nights is not even close to where we need to be to get to where we want to get to. I know we have a great group in here… It’s just hard to be at a certain standard every night, especially in this league and how tight and how competitive it is. Just have to be a lot better.” — John Tavares via the MSG postgame show

Tavares: “It’s really unacceptable the level we’re playing at…The way we’ve played the last couple nights is not even close to what we need to be to get where we need to get to…It’s hard to be at a certain standard every night… We’ve just got to be a lot better.”

4. Thomas Greiss surrendered five goals for the second time in three starts and for the second consecutive start he faced 50 or more shots against.  Greiss has struggled to find his rhythm, which helped the Islanders win a playoff round in 2016 and earned him a contract extension last year. Greiss has started 20 games this season for the Islanders and, including Wednesday’s loss, has given up five or more goals in eight of those starts.

5. The Islanders played roughly 10 minutes of good hockey before the Maple Leafs trounced them for the rest of the game. The Islanders were outshot 50-28 and held to just three shots in the first period. New York had some chances early in the game, but nothing ever materialized, the few chances they did get the Islanders couldn’t convert and then they gave a poor defensive effort in their own zone.

Nothing truly new for the Islanders, which have been plagued by the same issues throughout the season. However, with the standings so tight and the team’s urgent need to make the playoffs this season, it was a disappointing effort to see in back to back games.

6. If you’re looking for some bright side, the standings didn’t change much despite the Islanders loss. The Washington Capitals helped the Islanders out a bit by defeating the Philadelphia Flyers and keeping New York within a point of the final wild card spot.