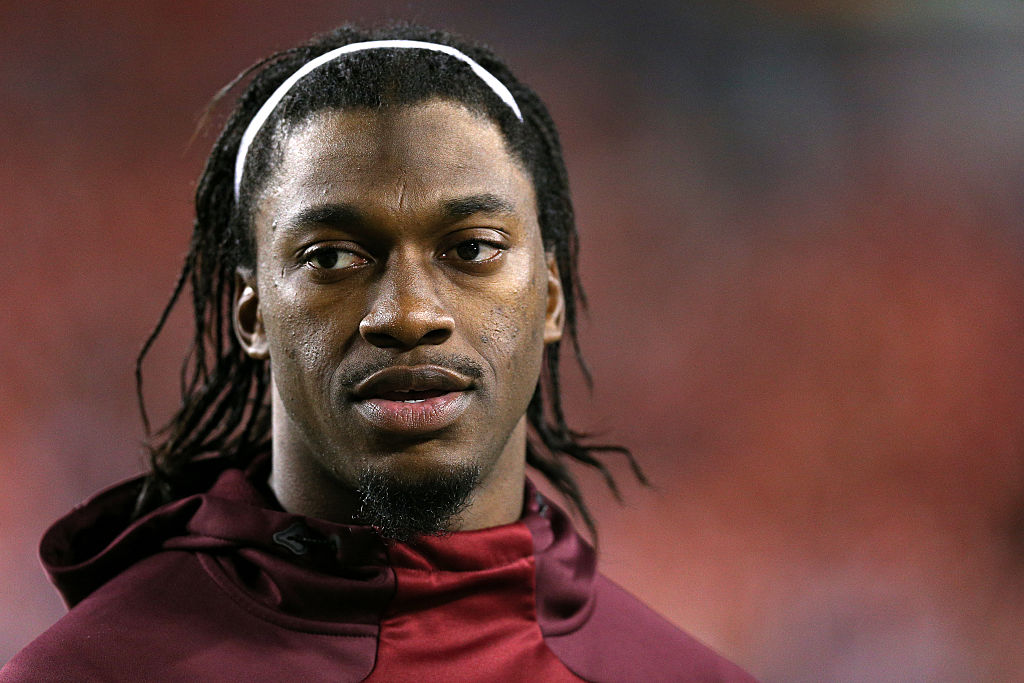 Former Redskins quarterback Robert Griffin III often finds a way to place himself in the center of drama, even involving situations that don’t really even pertain to him.

It’s no secret that RG3 had a bit of an ego problem on and off the field, and rarely held himself accountable for his mistakes, which is something that quarterbacks are expected to do as team leaders. That’s why his reaction to the Alex Smith trade was classic RG3.

Griffin took to Twitter after hearing that Smith was being traded from the Chiefs to the Redskins, and had this to say about it.

Some how…Some way…they will blame this on me. No doubt 🤷🏾‍♂️

Fans made sure to put Griffin in his place, and reminded him that his tenure in Washington ended long ago. He’s no longer relevant to the Redskins.

Nobody thinking about you bruh

Griffin’s act is a tired one, as he hasn’t even played for the Redskins since 2014. He was inactive for the entire 2015 season, as the team elected to start Cousins in favor of him. It appears that he might still be a bit salty over how his tenure in Washington ended, but that was due mostly to his play on the field, rather than how the team dealt with him.

The Mike Shanahan era is long over in Washington, and it’s time for Griffin to move on. Continuing to play the victim isn’t working for him.