Why Do The New York Mets Have So Much Belief in Brandon Nimmo? 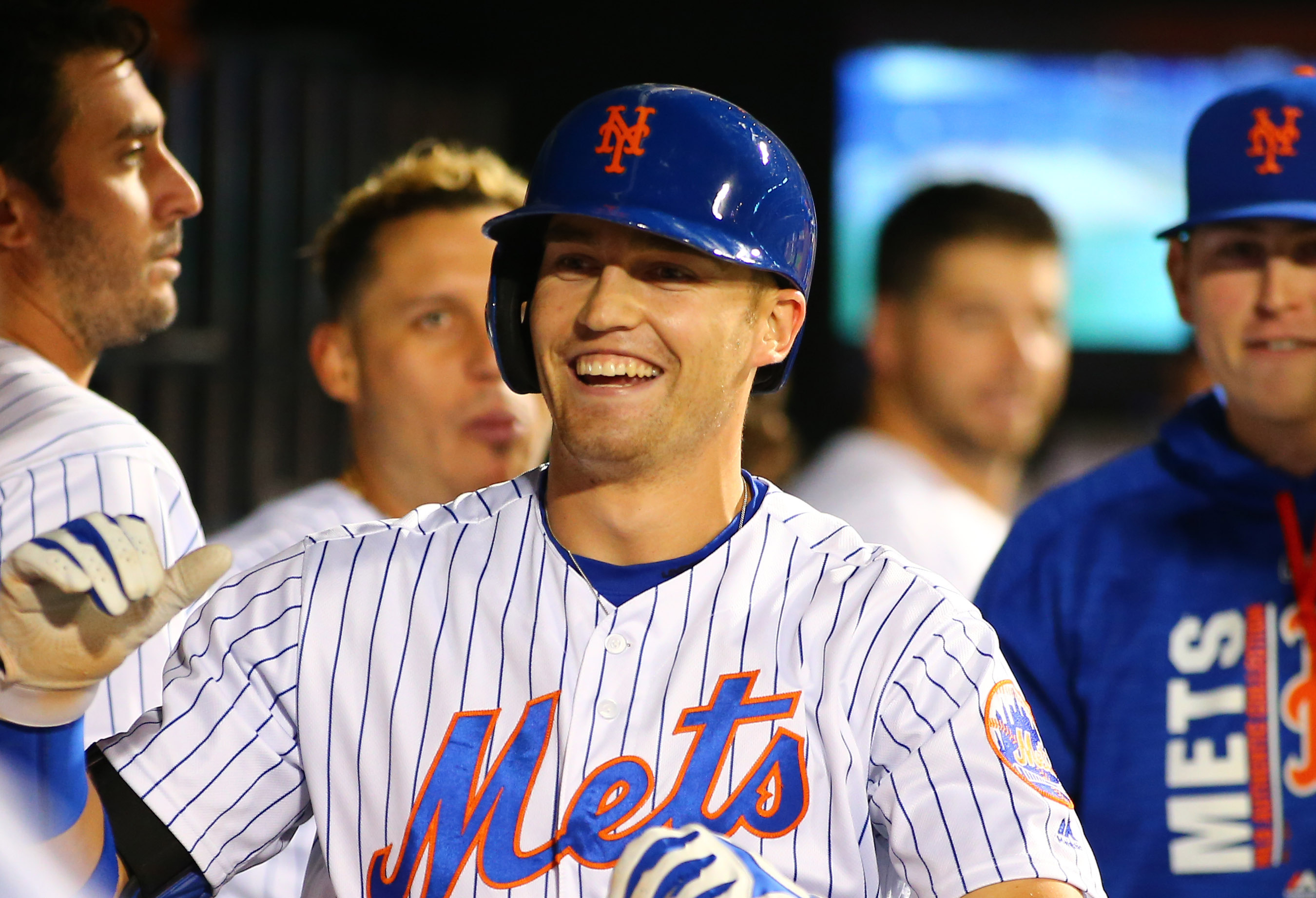 Why Do The New York Mets Have So Much Belief in Brandon Nimmo?

For a reserve player, outfielder Brandon Nimmo has certainly become one of the most mentioned names by New York Mets’ officials this winter. Nimmo was the subject of a joke from General Manager Sandy Alderson early this winter when he explained why the Mets didn’t pursue Giancarlo Stanton. Other teams have been looking to acquire Nimmo, including the Pittsburgh Pirates, who asked for him in trade talks with the Mets concerning Andrew McCutchen and Josh Harrison. The Mets wouldn’t part with Nimmo for McCutchen and have been very hesitant to deal him for Harrison, which seems a bit strange since he is being blocked at all three outfield positions for at least the next three years.

Nimmo was Alderson’s first draft pick as Mets’ GM in 2011, so the team has always liked his skillset. Alderson has always valued Nimmo’s plate discipline, as evidenced by his excellent walk rate. This FanGraphs piece notes that Nimmo only swung at pitches out of the strike zone roughly 43% of the time, an outstanding demonstration of plate discipline for a 24 year old. Nimmo hasn’t demonstrated much power yet, but the FanGraphs article notes that he may begin to launch more balls as he enters his prime, which would provide him with an OPS boost to increase his value. Last season, the Mets gave Nimmo an extended audition in the second half and he produced an OPS of .797 in 177 plate appearances, a figure that could easily increase if he is able to stroke more doubles. FanGraphs’ analysis of Nimmo portrays his best case scenario as a pre-injury Michael Brantley, who consistently averaged 3.0 WAR between 2012 and 2015. Brantley was worth 7.0 WAR in 2014, when he batted .327 with 20 home runs, 97 RBI’s, 45 doubles, and an .891 OPS.

No one is saying that Nimmo is the next Brantley, but that analysis explains why the Mets are very hesitant to ship him out the door for a potential rental player. Nimmo’s skill set is unique, especially on a team loaded with free swingers such as Amed Rosario and Wilmer Flores. This also explains why the Mets may prefer to address their vacant infield spot via free agency, where they can simply pay money for a player and hang onto Nimmo. If Nimmo develops like the Mets think he will, he could force his way into the lineup early in the season. Michael Conforto isn’t expected to be ready to return from his shoulder surgery until May 1st, so the Mets are planning on utilizing a platoon of Nimmo and Juan Lagares to cover center field. While Nimmo’s defense isn’t as good as Lagares, he profiles better for the lineup than Lagares due to his on base skills. The Mets used Conforto as their primary leadoff hitter for most of last season, and Nimmo could assume that responsibility on days when he is in the lineup.

At this point, Nimmo is still just a fourth outfielder with a chance to develop into something more. It’s hard to see where Nimmo fits into the outfield equation when everyone is healthy, but the Mets could also try holding onto him as a valuable trade chip down the line. Teams have asked for Nimmo over the years, including the Cincinnati Reds, who originally asked for Nimmo when they sent Jay Bruce to the Mets in late 2016. The deal got altered to remove Nimmo from it, instead seeing the Mets send Dilson Herrera and a low level pitching prospect to Cincinnati. Nimmo certainly has value, and the Mets clearly think he is worth more than one year of McCutchen or several years of Josh Harrison. Time will tell if they have Nimmo’s value pegged correctly.