Ainge on expected use of DPE, Hayward's telling month of rehab 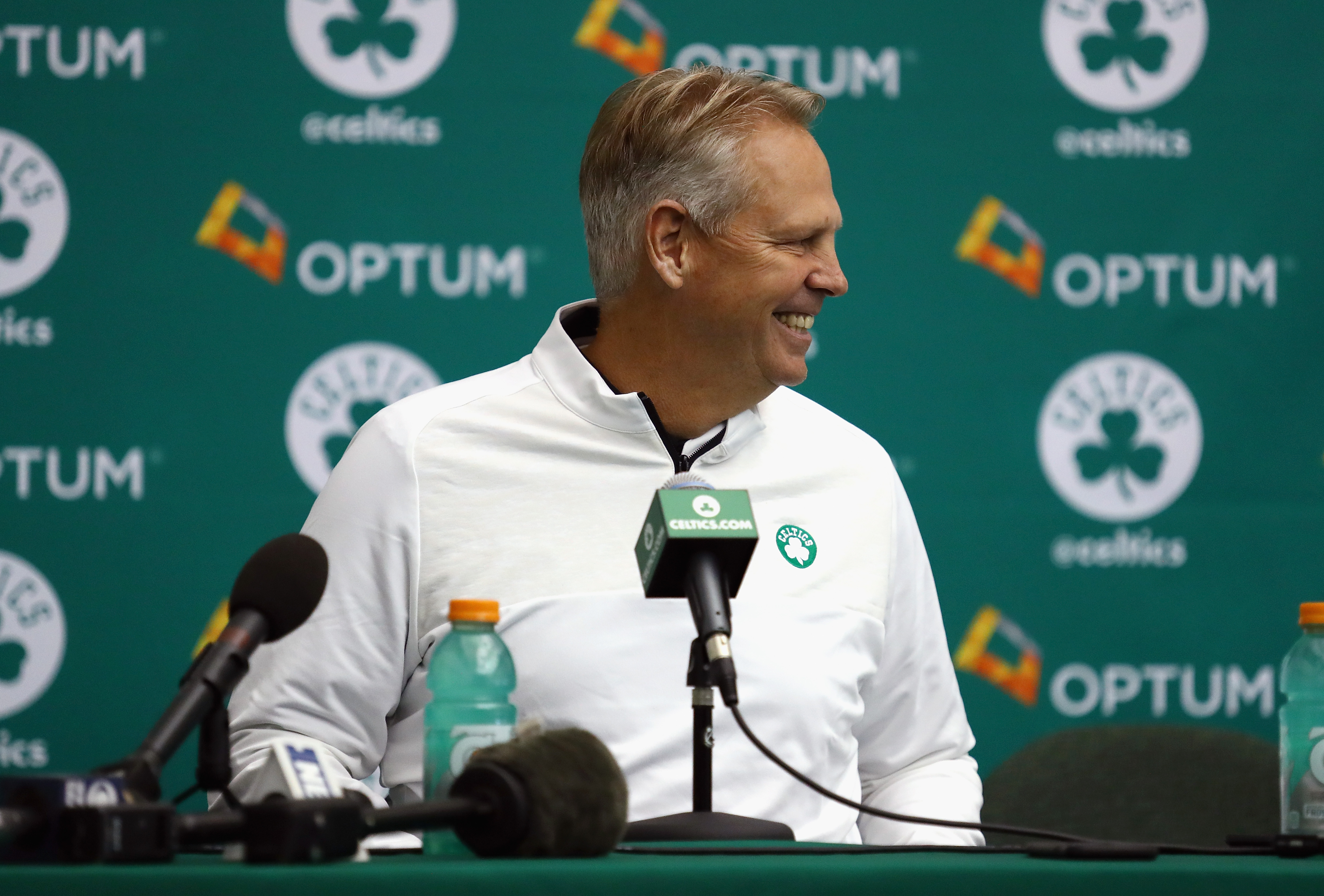 Ainge on expected use of DPE, Hayward's telling month of rehab

Danny Ainge was on Toucher & Rich today and he talked about two things of particular interest, the Celtics expected use of the Disabled Player Exception, and Gordon Hayward’s rehab.

During his weekly call-in on Thursday to the Toucher & Rich show on 98.5 the Sports Hub, Ainge said he’s “pretty sure” the team will use some or all of their $8.4 million Disabled Player Exception to add a player to their roster.

“But I’m not sure who that will be yet,” Ainge said.

As was mentioned in the Dump… Greg Monroe might be an option but the Pelicans and Bulls completed their Nikola Mirotic/Omer Asik swap that could prevent that from happening:

The Pelicans were able to create a roster spot to sign center Greg Monroe, whom they’re courting aggressively after his contract buyout with the Phoenix Suns.

The Celtics have more short-term money, but the Pels have more opportunity since he can slide into a more prominent role right away and maybe earn himself more long-term money by showcasing his skills. Plus, he’s from New Orleans, so he might enjoy a chance to go home.

The Celtics certainly can wait out the trade deadline and buyout market to find help. There is interest in Tyreke Evans but we’ll see how willing Ainge is to drop a pick for him.

Whether Ainge spends now (beyond the DPE) to get help might be a signal of how he feels about the Cavs. With Kevin Love’s broken hand and the general dysfunction in Cleveland, Ainge might think he can sneak into the Finals a year earlier than planned after the Hayward injury. So we’ll have to wait and see how this plays out.

“He’s been so restricted. He’s been just biting at the bit to do more and more. And the doctors have been holding him back a little bit just to make sure everything’s all healed,” Ainge said. “But now he’s going to start running on the AlterG and that’s a big step. And he’s just taking more and more steps on the court as far as just getting full range of motion, toe lifts, and one step side to side, and things like that. But this next month will tell a lot.”

Just the phrase “he’s going to start running” has me VERY excited.

This seems like a critical step for Hayward. If I’m going to be right about all my #HaywardTruther rantings, this is the month that has to go smoothly. There’s no guarantee it will, but if the C’s can get this guy running on this AlterG machine and gradually increase his bodyweight without any real setbacks, then he’ll be on track to start doing some basketball stuff in March.

Which would mean that April or May window for a Hayward return to give Boston 20 minutes off the bench in the final two rounds is wide open.

First things first though… he’s got to go through these workouts and progress well. For as much as I’m waving the flag for a Hayward return, I’m only hoping for it if he’s completely healthy physically and mentally. I’m not interested in putting him out there at anything less than 100%. His overall health is the top priority.