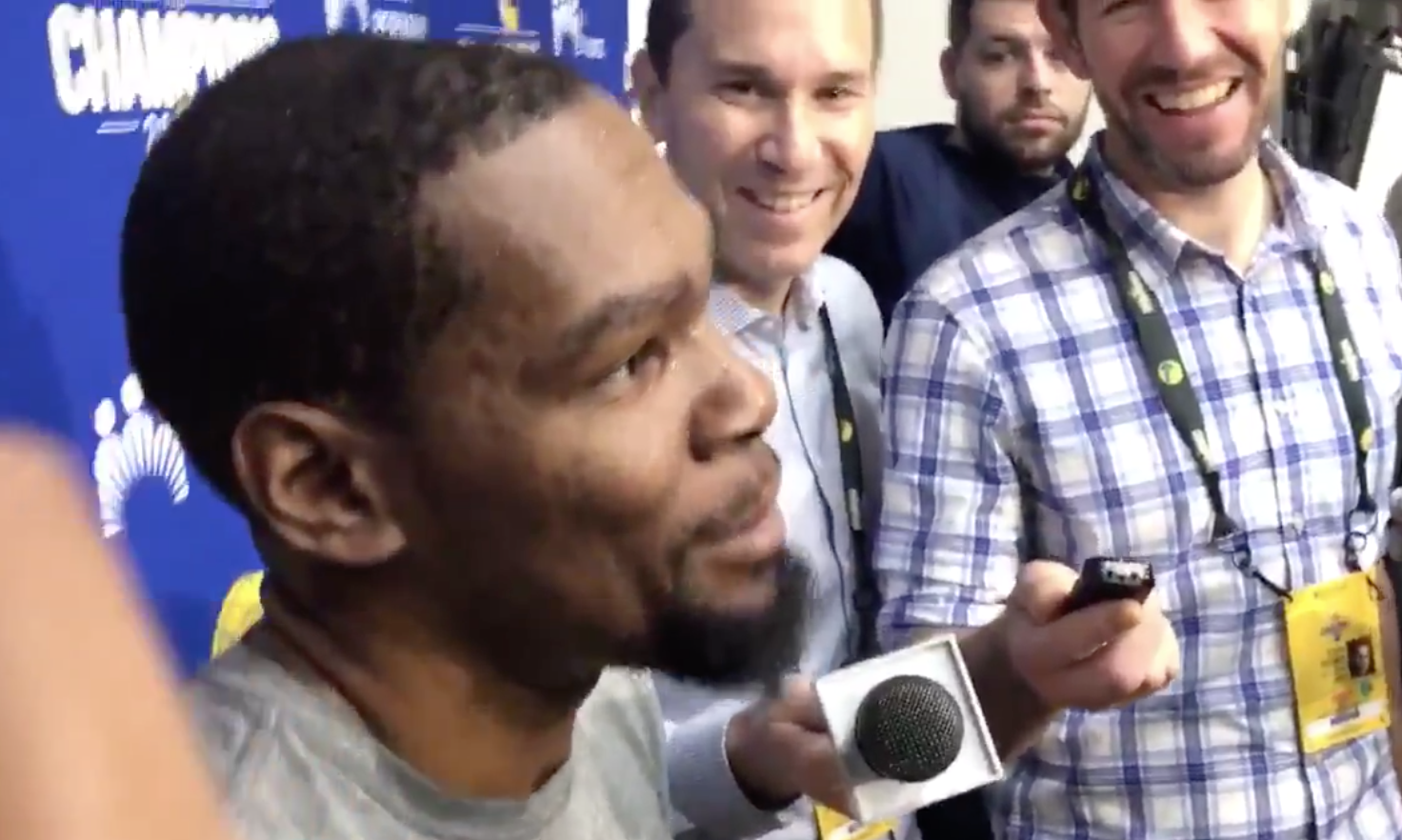 The Cavs are in a tailspin, and the LeBron James rumor mill is heating up with speculation about where the best player in the world might end up in 2018.

A recent report from ESPN’s Chris Haynes suggested that James could come to the Bay Area and meet with the Warriors. And while it was a great discussion topic, it appears to be news to the Warriors players themselves.

Kevin Durant was asked about if the Warriors would be interested in meeting with LeBron, and he had a laugh about the report, calling it “bulls—.”

What was Kevin Durant’s first thought when he saw report of LeBron James being willing to meet with #Warriors in free agency?

Durant did say that no one could have predicted he would land with the Warriors, so crazier things have happened.

“In this league, a couple years ago with me coming here, nobody would have thought that,” he said, as transcribed by Steve DelVecchio of Larry Brown Sports. “There’s part of me as a basketball player that’s just like, let’s just work on basketball. On the other side, we know there’s business as well and a lot of crazy things have happened since I’ve been in the league. In the future there’s gonna be even crazier things that are going to happen.”

It’s no secret that Durant and Stephen Curry don’t really like James all that much, so we don’t believe there’s even a chance that he would play for the Warriors. He’s just keeping his options open, and making sure his name remains in the headlines.