RECAP 53: Groundhog Day All Over Again 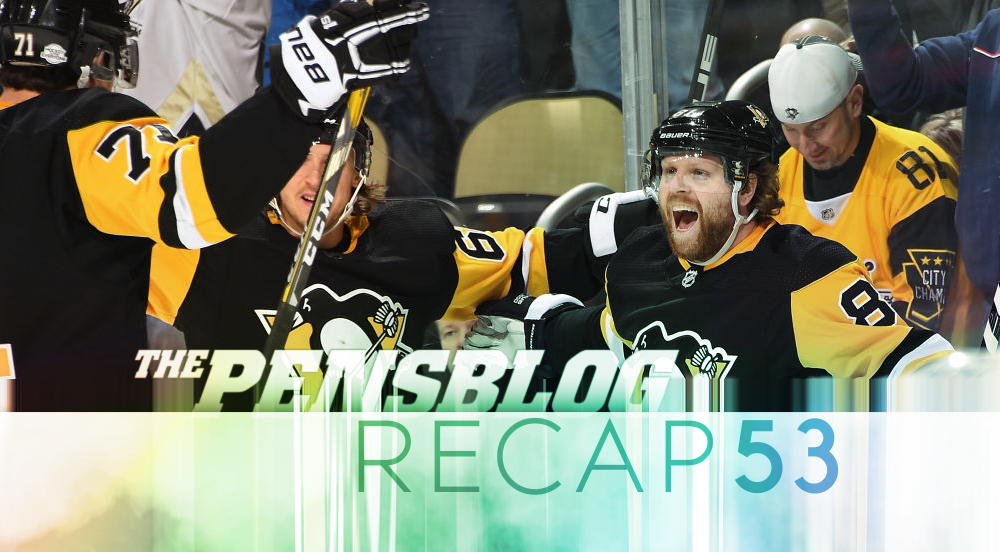 RECAP 53: Groundhog Day All Over Again

Even if you haven’t seen the movie “Groundhog Day” with Bill Murray (in which case, you should go do that) you undoubtedly know the basic premise. Weatherman Phil is forced to relive the same day over and over again. Also known as what it’s like to be the Washington Capitals when playing the Pittsburgh Penguins. So it’s fitting that on Groundhog Day 2018 the real most famous Phil in the state of Pennsylvania emerged and predicted sixteen more weeks of Penguins victories.

First Period
Phil emerged from his cryo chamber early to put the Penguins up 1-0 on a sick pass from Riley Sheahan.

Later in the first, the theme of waking up from deep slumber continued as Carl Hagelin (Good to see you!) scored for his 4th point in his last five games and his tenth since January first.

Carl Hagelin has been accused of robbery. Guilty as charged. 😎 pic.twitter.com/l0a6p3UMJU

Ovi would score to put the Caps on the board but, the Penguins went into the intermission with a lead and a PP to start the second which is always a welcome sign.

Second Period
The Pittsburgh Penguins demise has been greatly exaggerated around the league by fans of teams that…well just aren’t the Penguins. But one thing that isn’t being exaggerated is how staggering the Penguins PP numbers have been. Tonight alone they went 3 for 4 on the man-advantage and that’s exactly how they started the second period. Hornqvist on a simply filthy pass from Crosby and the Penguins were up 3-1.

How Swede it is. 🚨 pic.twitter.com/UawnW2WvZY

Those three goals would be important as the Capitals evened it up by the second intermission on goals from Orlov and the second-best Evgeny in the NHL.

Third Period
Just like the Penguins season so far, they did just enough in the first part of the game to hang around and go total beast mode later on.
Malkin and Ovechkin traded early goals (seriously guys, we all know what Ovi is doing over there someone. do. something.) before the wheels really fell off of the Capitals wagon when Rust…

Doesn't look Rusty to us… @rustyyy_92's goal gives him five points (3G-2A) in four games since returning from injury. pic.twitter.com/r70Ntda5Zu

then Phil scored just under two minutes apart to put the Penguins up 6-4.

And then just because he’s Geno and enjoys making the Capitals miserable for not taking him first overall or something…Malkin kicked the extra point to make it a 7-4 final.

GOAL! THE EXTRA POINT IS GOOD! @emalkin71geno scores yet again. The #Pens lead 7-4 with 10:00 left in the game! pic.twitter.com/NfNkPpNvLi

Malkin now has seven goals in his last 3 games and was just named the NHL’s first star for the month of January, Rust has five points in the four games since he returned from injury, Crosby owns the league’s longest scoring streak with 22 points over his last 11 contests, Oh and Phil Kessel is two points back from the scoring lead and on pace to the be first player since 2006-2007 to break 50 power play points.

Us to the rest of the league right now honestly:

Additionally, it would be remiss not to mention that Hornqvist did leave the game after a hit from Orpik. He has been ruled out of tomorrow’s game in New Jersey while he is evaluated for injury. Just gotta hope for the best with that one as he’s a seriously important member of this team.