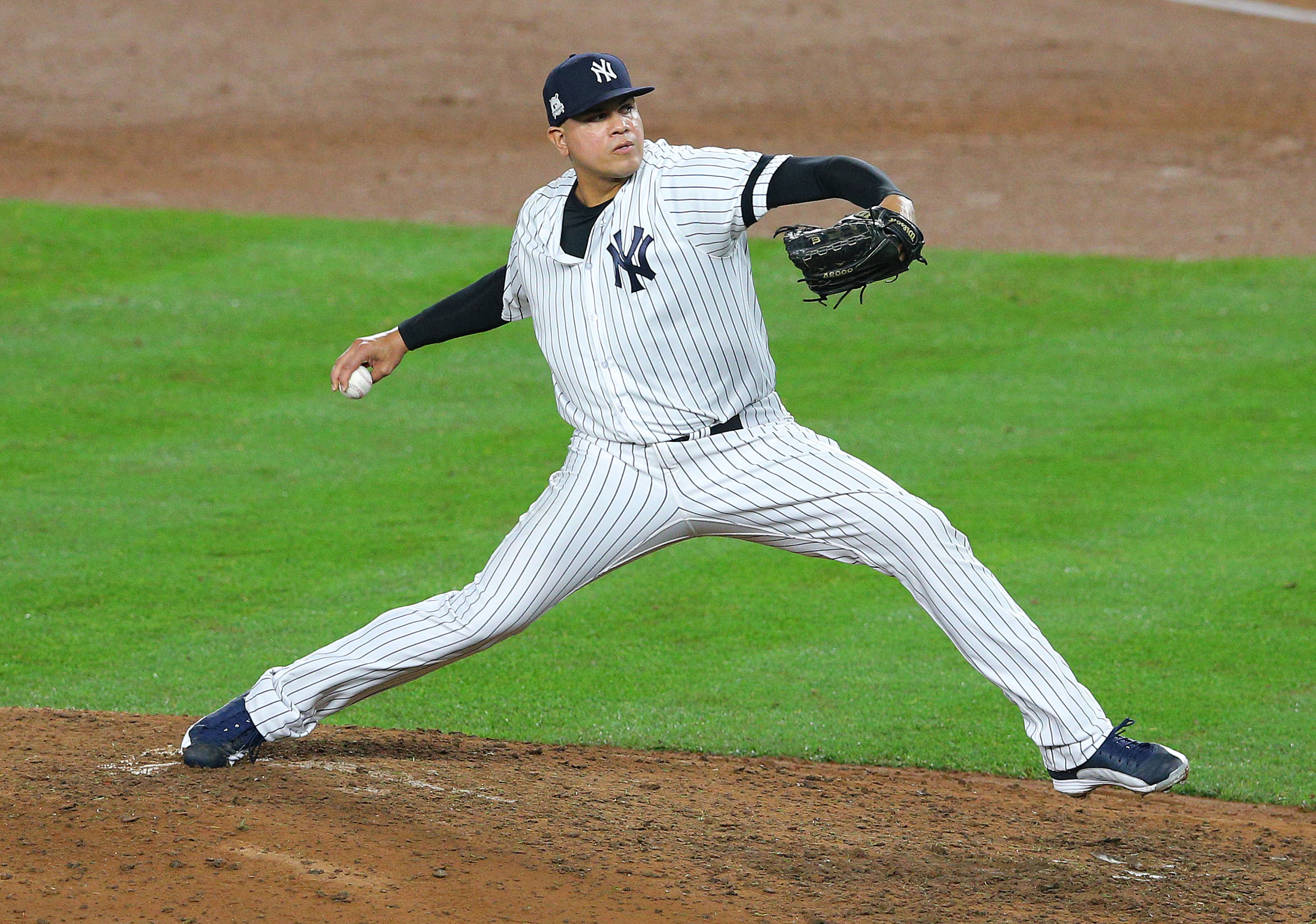 Now that it’s officially February, you all know what that means — baseball is literally around the corner. Since we’ve dealt with an excruciating winter due to the lack of major moves in the free agent market, this offseason has felt a lot worse than it normally does.

But we don’t have to worry about that now — well, kinda since there are still tons of players who need jobs — because this month, we’ll get to see baseball players actually doing baseball things on baseball fields. And for most teams, it’s happening in about two weeks!

Once pitchers and catchers start reporting to their respective spring training complexes in Arizona and Florida, the overarching goal is the same for everyone — to win a World Series. However, players have plenty of things in mind with regard to their individual performance. We’ve recently touched on five starting pitchers that are entering 2018 with something to prove, but relief pitchers are people, too, ya know.

Here are seven relievers who should be taking the mound this year with a chip on their shoulder.

Since debuting in 2014, no American League reliever has been more valuable than Dellin Betances. His 9.7 fWAR beats out every other relief hurler in the Junior Circuit, with Kenley Jansen‘s 10.6 fWAR being the only one better than his during this time.

He was so untrustworthy that he only threw four innings in the postseason, which included a 4.50 ERA, 5.70 SIERA, and 26.3% walk rate. That’s a very small sample size, but it’s also a microcosm of what his regular season performance was like.

In all reality, Ken Giles should be happy with how the 2017 season finished. After all, he was a big reason why the Houston Astros got to the postseason before capturing the franchise’s first World Series title. Through 62.2 innings, he racked up 34 saves off the strength of a 2.30 ERA, 2.81 SIERA, 33.6% strikeout rate, and 8.5% walk rate, all of which led to a 1.9 fWAR.

Unlike Betances, his manager went to him more often throughout October (7.2 innings in seven appearances), but the results weren’t that great. His 4.15 SIERA wasn’t nearly as good as what he did in the regular season, but it’s hard to even get to that number after seeing his 11.74 postseason ERA. His strikeout rate went down (25.0%) and his walk rate went up (12.5%), but he also allowed homers on 37.5% of the fly balls hit by opposing batters.

Of his seven appearances, he managed to escape without giving up a run only once — that’s not something a manager wants from his closer. And after giving up five runs in 1.2 innings through two World Series appearances, he wasn’t called upon again after Game 4.

When the Cubs acquired both Justin Wilson and Alex Avila prior to last summer’s non-waiver trade deadline, Wilson was the headliner for a club that needed bullpen help. The southpaw had pitched to a 2.68 ERA and 2.90 SIERA with a 35.0% strikeout rate and 10.2% walk rate in 40.1 frames up until that point.

His hard-hit rate allowed before and after the deal improved (31.4% to 28.3%), but his line-drive rate went up dramatically (12.8% to 28.9%). While his fastball and cutter were his two most frequent pitches last year, the value of both cratered upon arriving to the Windy City — his fastball value (per FanGraphs) went from 7.2 before the trade to 0.6 after, while his cutter went from 3.7 to -2.7 during that same time.

After missing all of 2016 due to Tommy John surgery, this past season was certainly a success for Greg Holland. He was a crucial piece to a Colorado Rockies bullpen that made it back to the postseason for the first time since 2009. His 11.1% walk rate was a little high, but his 29.8% strikeout rate was solid, as was his 3.53 SIERA (to go with a 3.61 ERA).

He opted to not exercise a $15 million option with Colorado in order to find something better on the open market, but that’s looking grim at the moment. It could partially be because most of his dominance came earlier in the year. Check out this month-by-month look at his results.

If we’re looking at cumulative numbers, Holland’s 45.1% fly-ball rate allowed and 34.1% hard-hit rate allowed are easily single-season career worsts. So, it shouldn’t be shocking that he’s still on the open market — especially since the Scott Boras client is likely looking for a multi-year deal.

He’s got plenty to prove, but needs a contract first before getting the opportunity to do so.

It seemed like the perfect marriage last winter — the Giants had a horrendous bullpen in 2016 and signed closer Mark Melancon to fill the void. From 2013-16, the right-hander saved at least 30 games three times, never threw fewer than 71 innings in a season, and posted a sub-2.00 ERA on three occasions (with his high being 2.23 in 2015).

He also only threw 30 innings before succumbing to surgery on his right forearm, but is expected to have a normal Spring Training. That’s good because the Giants — who have been in win-now mode after acquiring Andrew McCutchen and Evan Longoria  via trade– will need him to lock down the ninth inning if they plan on being competitive.

In the second season of a four-year, $62 million deal, he likely wants to prove he’s worth the investment.

Contrary to what his fWAR says, Gregerson did pitch in 2017. Through 61 innings of work, he posted a 26.6% strikeout rate and 7.6% walk rate with a 4.57 ERA, but ended up with 0.0 fWAR. That didn’t bother the Cardinals, as they signed him to a two-year, $11 million deal back in the middle of December, and he’s currently expected to be their closer in 2018.

He’ll be looking to bounce back after a tough year and reclaim a closer role that he did have as recently as 2015 with Houston, when he saved 31 ballgames.

Robles has been a familiar face in the Mets’ bullpen since making his big league debut back in 2015. The problem is that his performance in a few select statistical categories has progressively gotten worse each year.

OK, well not all of these stats got worse each year, but close enough. This is a pivotal year for Robles because he’ll become eligible for arbitration next winter — how he performs this season will impact his earning potential for the next few years before having the opportunity to hit free agency.

With new manager Mickey Callaway in the fold, the right-hander has a chance to get back in touch with those past performances with a fresh perspective from an outside source. Based on how things have gone over the past three seasons, he could really use it.