Steve Kerr takes a shot at NBA, then deletes tweet 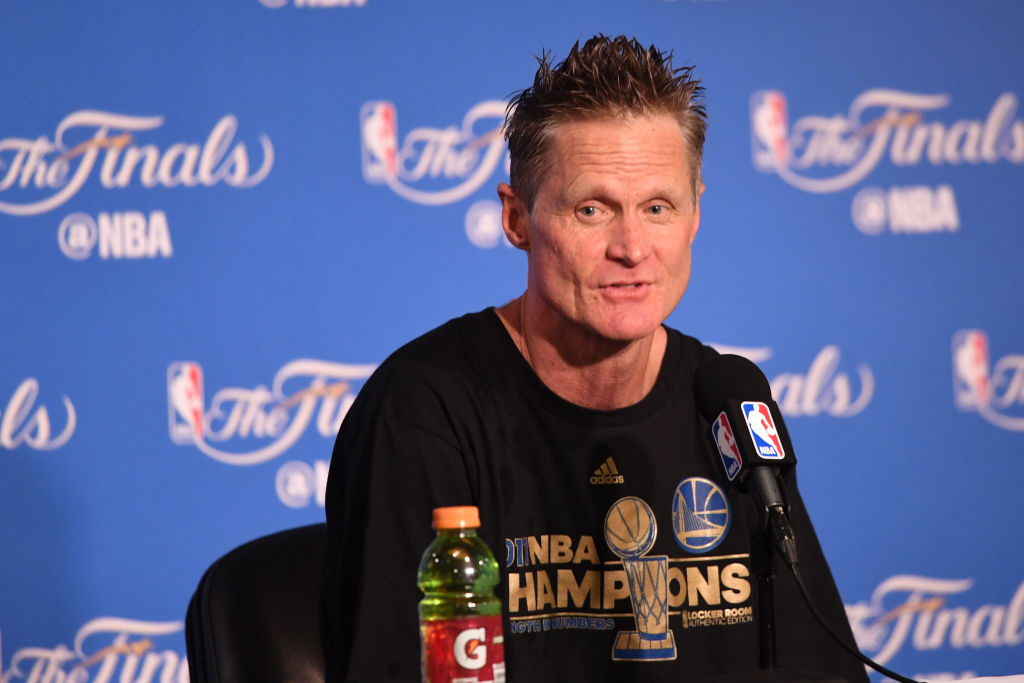 Steve Kerr takes a shot at NBA, then deletes tweet

Warriors head coach Steve Kerr, like Gregg Popovich, has never shied away from voicing his opinion when he feels strong about an issue.

He shared his thoughts about the NBA’s officiating on Thursday night, and will likely be fined for it, even though he deleted the tweet. Kerr replied to a highlight video from the NBA, which showed James Harden draining a three-pointer, but appearing to travel beforehand.

Kerr insinuated that the league doesn’t call infractions on superstars because it embraces higher-scoring affairs, and even went on to call it an “embarrassment.” He deleted the tweet, but let’s be honest — nothing posted on the Internet is ever gone.

Why Steve delete this 🤔🤔🤔 pic.twitter.com/4oAMgr7KaV

Kerr may be paying for that comment in the future.