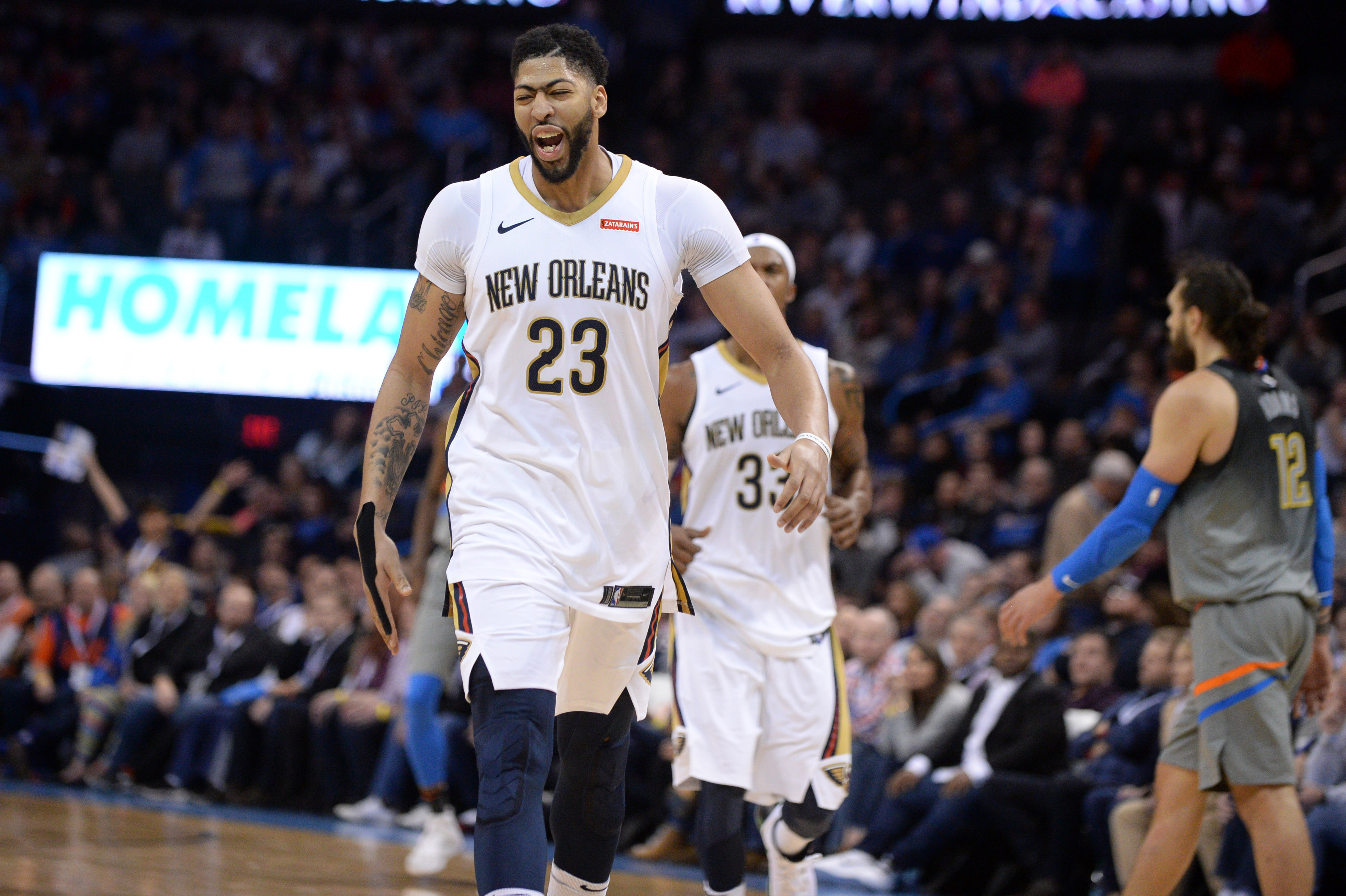 Oklahoma City,Ok – The New Orleans Pelicans traveled to Oklahoma City to take on the Thunder Friday night in Chesapeake Energy Arena. The Pelicans loser of two in a row since the DeMarcus Cousins injury have been looking for a spark to carry the team pass its current funk. The Pelicans GM Dell Demps traded for some help by sending center Omir Asik , guards Jameer Nelson, Tony Allen  & a 2018 1st round pick to Chicago for forward Nikola Mirotic. The Pelicans won’t get Mirotic until Saturday night against Minnesota.

The Pells came into this match up short-handed needing support in a major way from the reserves and boy did they get it. New Orleans started the game off looking pretty bad early, turning the ball over, allowing open shots & paying very loose defense. Then came the second quarter & the rest of the game as the Pelicans took flight in a major way behind the unstoppable leadership of All-star Anthony Davis. Davis led New Orleans with 43 pts 10 rebs as the Pelicans won the rest of the quarters including putting up 36 points in the third period. New Orleans shot 51% from the field and 54% from beyond the arc exceptional totals.

The win was even more sweeter for the Pells as Davis surpassed David West as the franchises all-time scorer. The win was a team victory as the depleted reserves showed hustle & guts as Cheik Diallo was FINALLY given a chance to play. Diallo 7 pts 9 rebs & 1 blk in 16 minutes brought a lot of energy to the team.

New Orleans (28-23) with the win over OKC (30-23) is the 2nd win over the Thunder this season and it snaps a 2 game slide since “The Injury.” The Pelicans play their second of the back to back Saturday night versus Minnesota (33-22) and should have Nikola Mirotic in uniform. This was a much needed gutsy win for a team in transition dealing with trades & injuries but A.D. shouldered this team taking them to victory.

OTHER NEWS- The Pelicans were in discussion to bring back former Pelican & Kentucky Wildcat Terrance Jones but the deal hit a snag so New Orleans withdrew from the table. Jones definitely can add scoring & defense of the bench but GM Dell Demps has other plans, stay tuned.