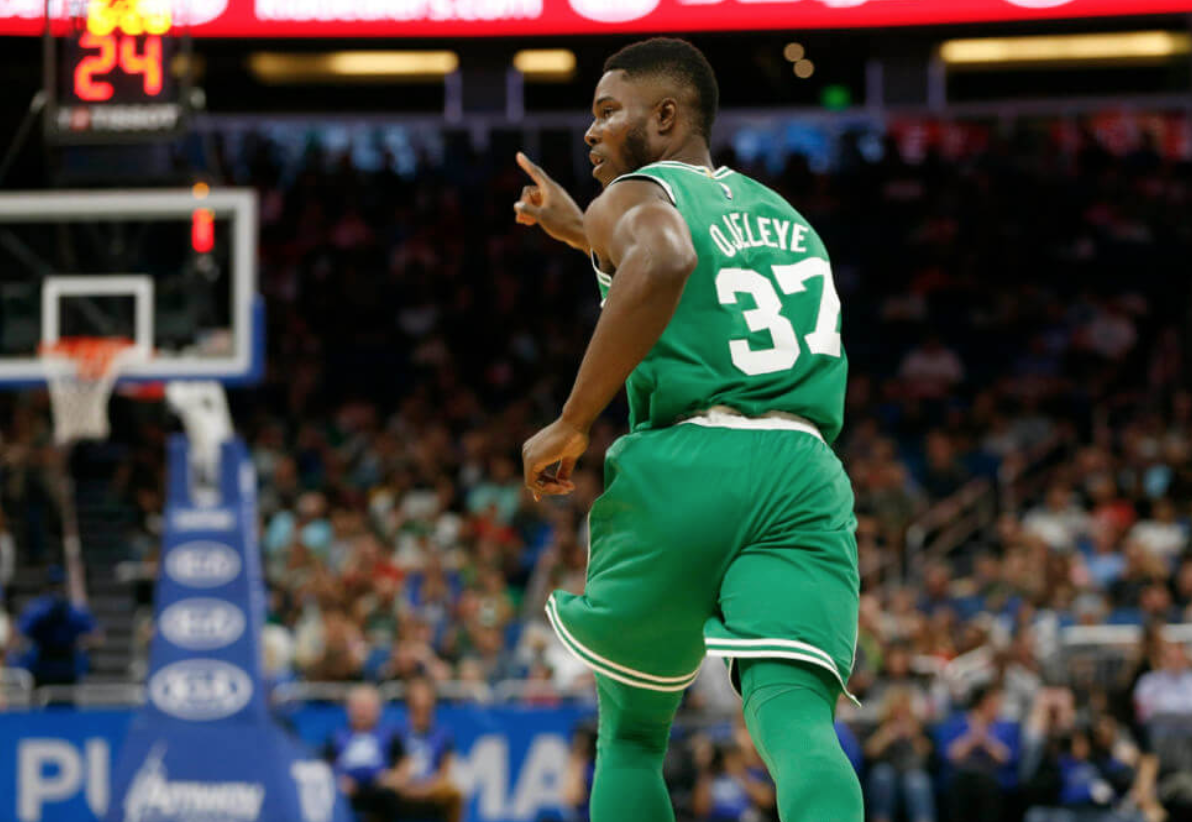 Celtics rookie Semi Ojeleye is currently playing out the first season on his four-year deal, so there’s no urgency for his teammates to learn how to spell his name correctly.

That’s a good thing, because they clearly have no idea how to properly do so, judging by a funny video that has since gone viral.

A number of Ojeleye’s teammates tried to spell his name, and nearly all of them failed big-time. Aron Baynes’ attempt was among the worst.

Jaylen Brown was the only player to spell Ojeleye’s name correctly, which you can see in the video clip below.

Ojeleye’s role has been increasing, as he played 27 minutes in Friday’s game against the Hawks. His teammates will need to learn a bit more about him going forward.

Either way, that video was entertaining, and fun to watch.