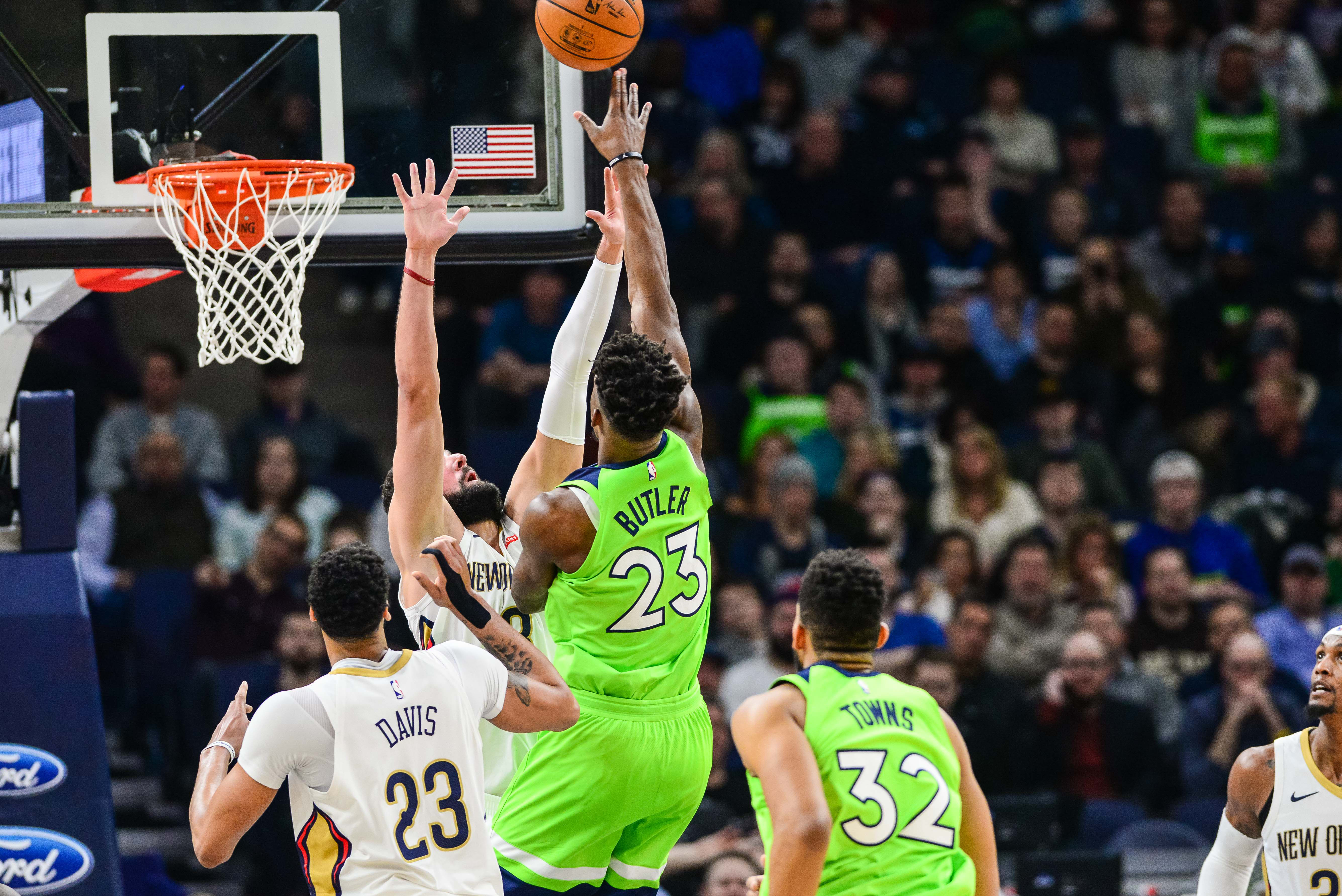 Minneapolis, MN-  The New Orleans Pelicans traveled to Minnesota to finish off the second of back to back road games Saturday night. The Pelicans feeling confident after a well needed 14 point win over OKC, hoping to continue the positive vibes against Minnesota. New Orleans are getting some help this game as newly acquired forward Nikola Mirotic & veteran center Emeka Okafor joins the team.

The Pells started the game in a 9-0 hole early, a combination of bad defense, errand passes & missed shots assisted in New Orleans struggles. The excellent play of Anthony Davis continued tonight as he had 23 points at the half. New Orleans struggled shooting the from the field hitting just 41% from the field verses Minnesota’s 56%. The other two things hurting the Pells are: 1) their losing the points in the paint battle 36-22 & 2) the rebound battle at half 30-23.

The Pells trailed at half by double figures and most certainly need to play better defensively for the remainder of the game. New Orleans was at one point trailing the T-Wolves by 19 and needed a boat load of stops plus scores to catch up. The newest Pelican Nikola Mirotic played serious minutes 35 in his debut with 18 points 12 rebounds. The issue for the Pelicans was they were never able to stop Minnesota defensively. It’s the same old story as they weren’t able play consistent enough transitional defense and allowing wide open shots will certainly spoil your chances of winning. New Orleans went down again 118-107 to Minnesota.

The Minnesota T-Wolves guard Jimmy Butler, who absolutely destroys the Pells every time they meet had a team high 30 points 8 rebounds & 7 assist. Butler & Karl Anthony Towns who scored 22 points 16 rebounds led Minnesota to a 4-0 season sweep of The Pelicans.

New Orleans split on the two game road trip and now head home for a match up with The Utah Jazz (24-28) currently on a 5 game winning streak. New Orleans can find some measure of satisfaction from this game has A.D. and Mirotic played well together. The current team turnover isn’t quite done yet but it was encouraging to see the hustle of Mirotic and Diallo. Hopefully Pelicans Head Coach Al Gentry can PLAY Diallo MORE, perhaps take minutes from Dante Cunningham who is totally ineffective.

The order of the day is DEFENSE! PLAY DEFENSE IN TRANSITION PLEASE, that should be the focus moving forward.