Super Bowl LII -- The Eagles are The Patriots, 16 years later 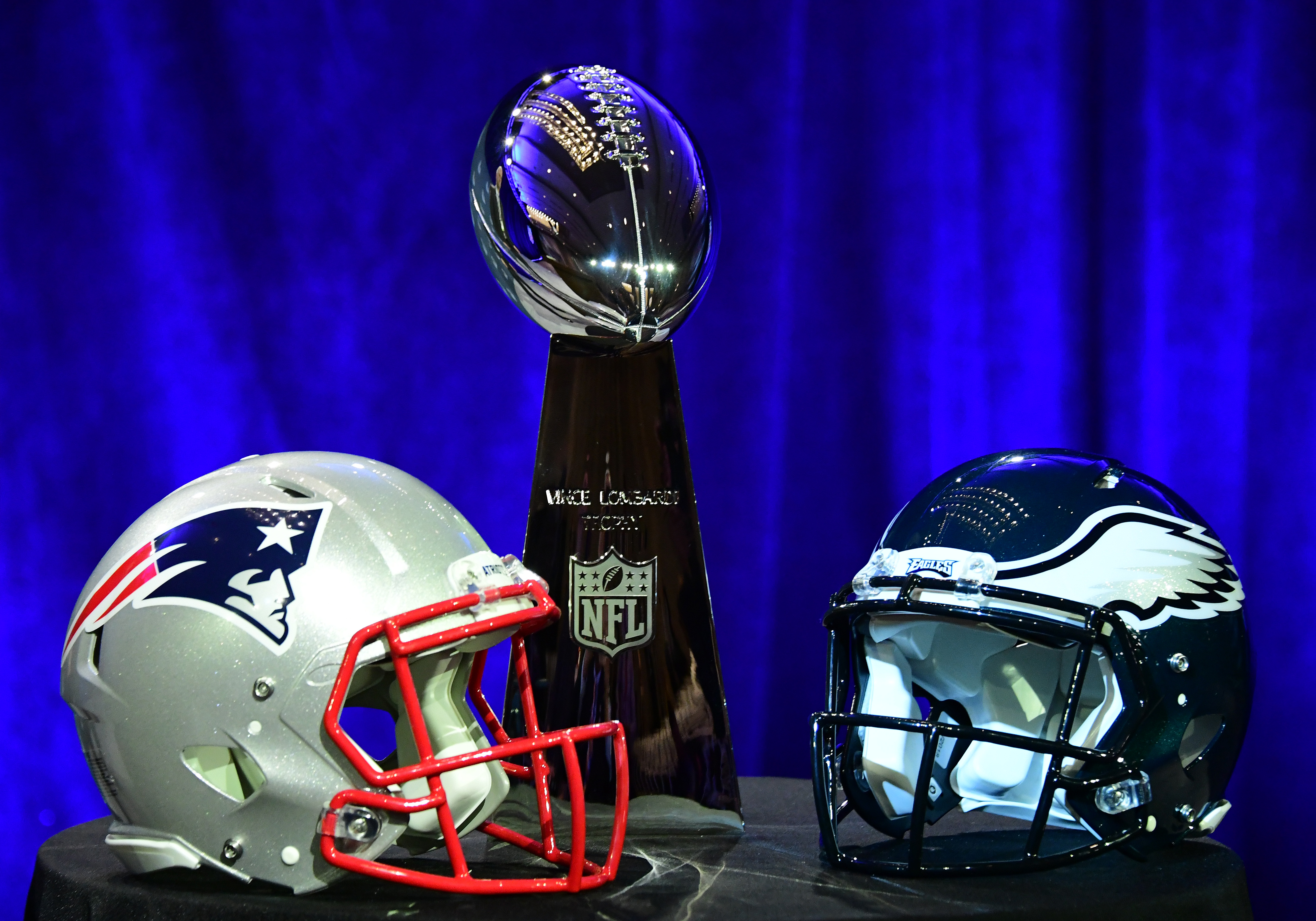 Super Bowl LII -- The Eagles are The Patriots, 16 years later

EDITOR’S NOTE: This piece comes to us from Matt Zemek, independent sports journalist covering college basketball, college football, and tennis on Patreon. If you want to catch all the good work done by Matt, check out and support his Patreons right here. — J.A.

This story must begin with an understanding of how the Super Bowl has evolved.

Though it has always been a big game — the first edition placed enormous stress on a man named Vince Lombardi (and probably contributed to his early death in 1970 at age 57) — the cultural significance of the Super Bowl needed time to emerge in American life. Accordingly, the weight of the Super Bowl wasn’t larger than life at the beginning.

The game had to become a cultural event. The empty seats for the first edition at the Los Angeles Coliseum offer a reminder that the game was once a novelty met with an uncertain reaction by the public. This game needed to be exposed to Americans before it could become our nation’s great secular and commercial emblem of fun, festivities, and exhaustive analysis of television commercials.

Today, in 2018, The Super Bowl has carved out a history longer than half a century, which is long enough to create the feelings which oppress sports fans.

When the Philadelphia Eagles made their first Super Bowl, America’s biggest game was just 15 years old. It’s not as though a 15-year drought meant nothing, or that the 20-year drought since the Eagles’ 1960 NFL championship was insignificant, but as Philadelphia sports fans and other sports fans know, 20 years do not create talk of a curse or a jinx or a generational crisis.

The Phillies’ long walk in the World Series wilderness before 1980? That was a 10,000-pound weight, a force so crushing that a whole city — not one generation, but every Philadelphian — legitimately wondered if that championship moment would ever come.

Philadelphia before Game 6 at the Vet in 1980 was Boston before Game 7 of the 2004 American League Championship Series against the New York Yankees. Philadelphia before Game 6 in 1980 was both Chicago and Cleveland before and during Game 7 of the 2016 World Series between the long-starving Cubs and the almost-as-long-starving Indians. Philadelphia’s baseball team had not yet crossed the threshold, much as Buffalo’s sports teams have never crossed the threshold, much as the Minnesota Vikings have never reached the finish line, much as the Cleveland Browns and Detroit Lions have never even MADE a Super Bowl, let alone won one.

20 years is a good chunk of a lifetime, but any sports drought, which eclipses 50 years, legitimately rates as an existential thunderbolt, a point at which a whole city questions why it even bothers with a team.

Back to the Super Bowl:

Yes, the Minnesota Vikings’ fourth Super Bowl loss in SB XI in 1977 was acutely painful, but the Super Bowl was still a very young creation then. (That game in the Rose Bowl stadium started before 1 p.m. local time in Pasadena, Calif. The game ended with half of the field still covered in sunlight. The game was also played on January 9. Super Bowl LII will be played on February 4. Yes, the Supe was a very different organism then.)

Beyond the fact that the Super Bowl was young, the Vikings of that era were not yet done as contenders. They reached the NFC championship game the following season, and two years later, they gave the Eagles a battle in the divisional round before they forgot how to protect the pigskin in the second half.

No, what the 1970s Vikings experienced — though very painful — was not supremely traumatic, at least not on the scale of what fan bases are experiencing today. The reality that the Vikings have not made the Super Bowl in the subsequent four decades is a lot more traumatic than those losses in the first decade of the Super Bowl’s existence.

Eagle fans gloried in the NFC championship game rout, but underneath the revelry and merriment, they can powerfully relate to what Viking fans have experienced. They long for the day when their team — knitting together fathers, sons, and grandsons in an enduring way of life — will lift the Lombardi Trophy on Super Sunday for the first time in history.

These accumulated generations of Eagle fans lived through the gut-punch pain of Super Bowl XXXIX in Jacksonville, Fla., when quarterback Donovan McNabb didn’t operate with the urgency his team needed late in the game. Losing in the Super Bowl in the modern age brings internet memes, talk radio blast furnaces of scorn, and other media-amplified forces which didn’t exist in the 1970s. The maturation of the Super Bowl into a manifestation of American cultural excess is the perfectly imperfect complement to the slow build of NFL history, which makes each successive failure to win the Super Bowl far more oppressive than it was when the Eagles lost to the Oakland Raiders in the Superdome.

The bottom line: Today, with the Super Bowl over 50 years old, the failure to win a first Super Bowl for a franchise — and the city — carries much more of a sting than it did when this game was still in its adolescent years and then its teenage years.

This leads us to the backdrop for Super Bowl LII… and how it compares to a Super Bowl game the Eagles’ opponent remembers well.

Philadelphians have been to the Super Bowl and lived its emotions twice. They now want to know what it’s like to win a Super Bowl, not merely get there.

Yet, they have a young quarterback who is not operating at the height of his powers. (That quarterback is coming off a great game, but he is hardly one of the elite quarterbacks in the league.) The Eagles trust Nick Foles, and they have every reason to do so, but the outside world is wondering if the enormity of the Super Bowl will be too big for him.

What naturally adds to the Eagles’ worries is that the quarterback on the other sideline has already mastered the art of winning the Super Bowl, and more precisely, leading winning drives inside the last two minutes of regulation. Tom Brady is responsible for taking a franchise with no Super Bowl titles — when he came aboard from the University of Michigan — and transforming its reputation.

The odds seem stacked against the Eagles. A franchise without a first Lombardi seems likely to have to wait another year. The opponent is the heavyweight, the Eagles are trying to punch up in the weight class.

This might be cause for anxiety among those who bleed Green, but a Super Bowl like this has been played before… and the team in the Eagles’ position won.

On February 3, 2002 — nearly 16 years ago to the day when Super Bowl LII will be played — the New England Patriots were in a different NFL championship contest. Super Bowl XXXVI marked the Patriots’ third appearance in the Supe, just as SB LII is Philadelphia’s third trip to football’s ultimate stage.

Back then, the Pats also had a quarterback who was not on top of his game. Tom Brady did enough to give New England a conference championship, but the 2001 season was hardly a masterclass. Brady played a full-length season yet failed to reach 3,000 passing yards (for the only time in his career) or 20 touchdown passes (also for the only time in his career). His passer rating was below 87. He was capable and he knew what he was doing, but he was not a virtuoso performer.

He was Nick Foles, only with fewer years of NFL experience. He needed his defense to be great in order to win games of supreme consequence. People around the country wondered if Super Bowl XXXVI would be too big for Tom Brady. It seems absurd now, but that was the reality back then.

Opposing Brady and the Patriots was a man who had led a winning Super Bowl drive inside the last two minutes of regulation. Quarterback Kurt Warner hit wide receiver Isaac Bruce on a 73-yard touchdown strike with 1:54 left in the fourth quarter to carry the Rams franchise (then in St. Louis) to its first title in 48 years, and its first Super Bowl championship. The St. Louis Rams defeated the Tennessee Titans (formerly the Houston Oilers), 23-16. Warner wore the big-boy pants entering that Super Bowl. Brady was the younger and less proven signal caller who was trusted in his locker room and in the offensive huddle, but not by the NFL community.

Tom Brady is, in 2018, the master of the universe, but his legend began when he managed a game well, received help from Ty Law and Lawyer Milloy, and led a winning field goal drive in the final moments of Super Bowl XXXVI.

Nick Foles, the Eagles’ defense, and a City of Brotherly Love which has not known an NFL championship celebration in over 50 years of Super Bowls are throwing all their energies into beating the New England Patriots.

That very attempt to beat the Patriots would own historical precedent… set by the same coach, quarterback, and organization who transformed their own NFL identities 16 years ago.

Imitation in the copycat NFL isn’t just the sincerest form of flattery; it is the path the Philadelphia Eagles must take to snap Super Bowl and NFL title droughts which have lasted over 50 years.