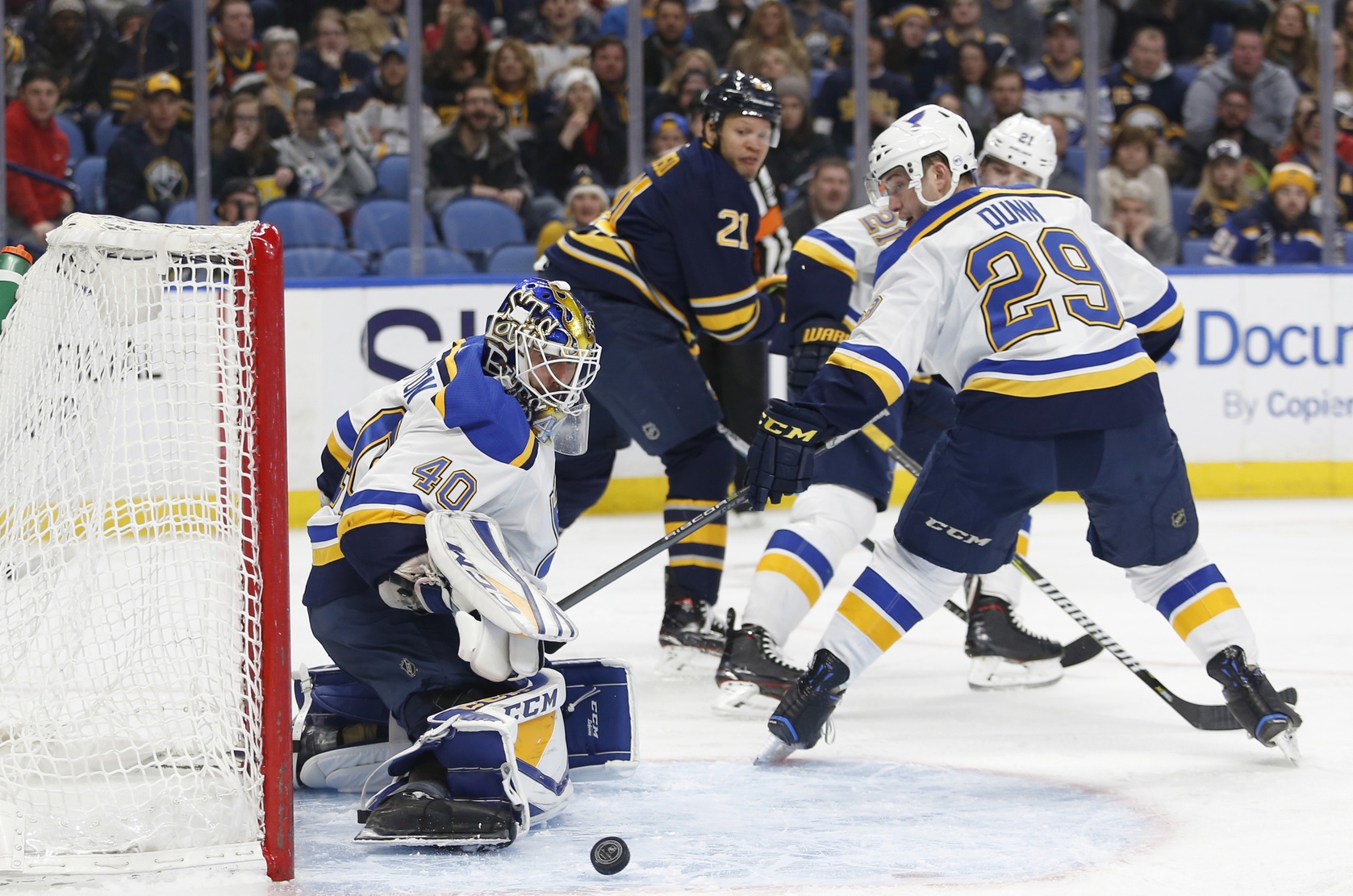 Carter Hutton posted his third shutout of the season with a 1-0 victory over the Buffalo Sabres on Saturday night. Hutton’s shutout, one which was on the heels of Jake Allen dropping a result against the Boston Bruins, added more fuel to the goaltender debate fire.

A former backup goalie winning lots of playing time over the former starter who has had some serious confidence issues, all while the team in front of them has struggled to score. Sound familiar? It should, as it’s awfully similar to the ol’ situation that brought Ryan Miller to town.

It doesn’t matter which goaltender the Blues call on if the team in front of them isn’t going to score goals. On the year, the Blues are now averaging 2.78 goals per game. That total ranks 21st in the NHL. The offense has been amazingly inconsistent, even with the lineup looking pretty healthy.

For starters, there are some questions about chemistry. It was easy to place the blame on injuries earlier this season, especially while Jaden Schwartz was out of the lineup, but now that’s not an excuse the Blues can call on. Mike Yeo has been comfortable juggling lines early and often, which may be something the team needs to scale back on.

Earlier this year, the Blues found some great success with the line of Vladimir Tarasenko, Brayden Schenn and Schwartz. Injuries and the quest to add some fire to the other lines split the trio up, but Yeo went back to them against the Sabres. These three should be kept together, even with the temptation to spread some of the talent around. It’s time to start rebuilding that chemistry that was so prevalent earlier in the year.

Realistically, the Blues may not find all of their answers on offense internally. Those answers could be found in a trade, but it would likely come at a steep price the team may not want to pay. They may also be found through free agency, but that obviously is a wait-and-see approach.

Don’t let the goaltender conversation distract from the bigger issue at hand. Unless Hutton or Allen start scoring goals, it doesn’t really matter who is in goal if there isn’t any consistent offense in front of them.