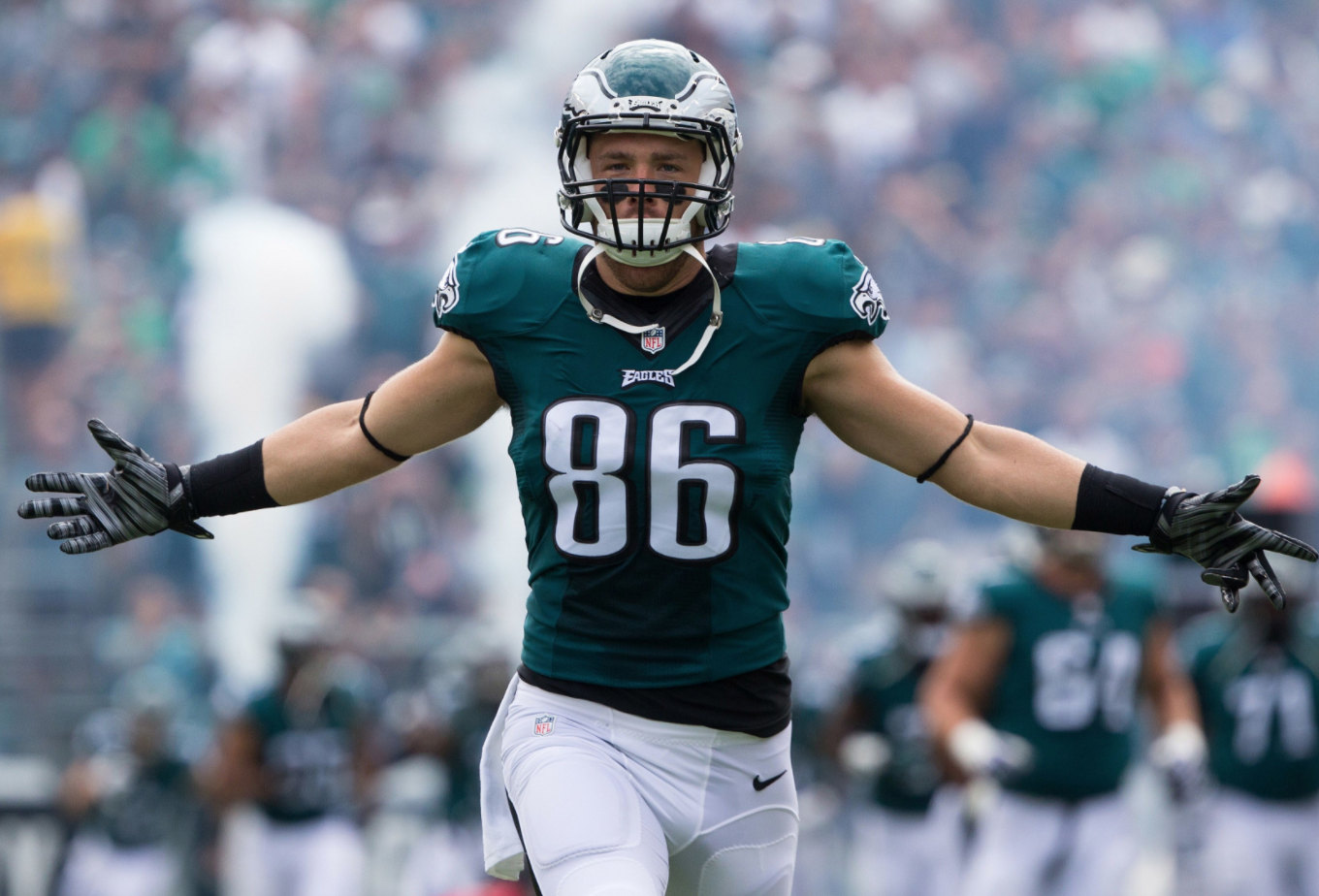 Eagles tight end Zach Ertz hauled in arguably the biggest catch in Super Bowl LII, as he provided the go-ahead touchdown late in the fourth quarter, and it helped put the team ahead after the Patriots had taken the lead for the first time in the game.

Ertz hauled in an 11-yard touchdown catch to put the team ahead, 38-33, with just over two minutes remaining in the game, but it sparked some controversy. The Eagles tight end appeared to bobble the ball a bit, and did end up breaking the plane of the end zone, but the ball came out as he hit the ground. The play was ruled a touchdown, and was not overturned.

The Eagles went on to win the game, 41-33, and Ertz’s catch proved to be huge. He was asked about it on the field after the game, and had this to say.

“If they had overturned that [touchdown], I don’t know what would have happened to the city of Philadelphia,” Ertz said.