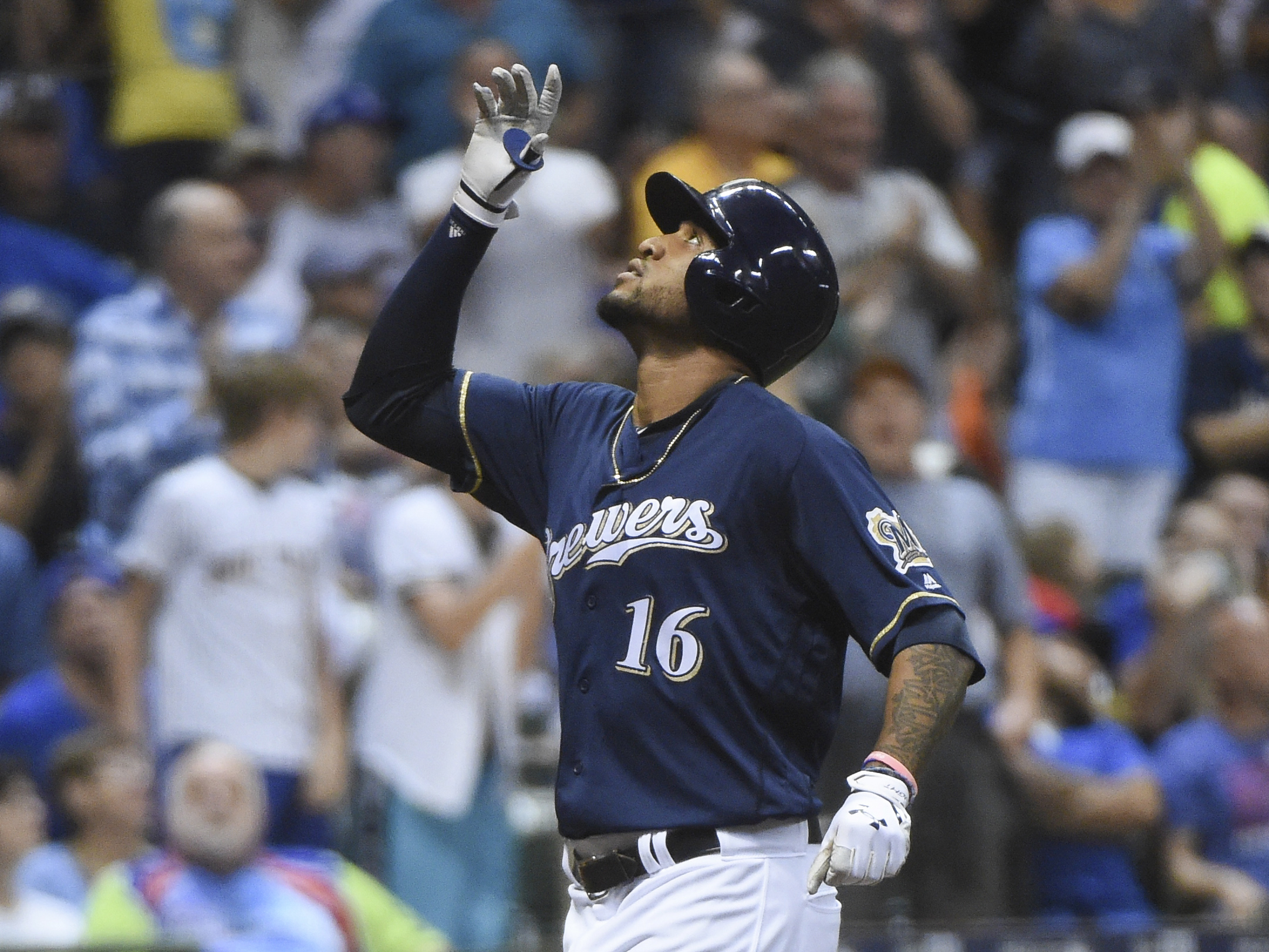 The Milwaukee Brewers surprised everyone in baseball — and probably themselves, too — in 2017 by competing for a National League playoff spot until the very end of the regular season. For a team expected to endure another year of rebuilding to exceed expectations so much, a number of players had to unexpectedly increase their performance.

That apparently wasn’t enough, though. The Brewers recently acquired Christian Yelich and Lorenzo Cain in the span of about an hour, which revamped the top of their lineup and outfield, along with creating a bit of a logjam. Among tradable assets they could use to acquire a starting pitcher, Santana fits the build — after all, he’s coming off a breakout season and is just 25 years old.

There are concerns with his propensity for racking up strikeouts (29.3% rate in ’17, 31.7% for career) and inability to field (-20 Defensive Runs Saved in his career), so that could make things difficult. Some of his peripherals may also give potentially interested teams pause over whether his 2017 campaign is sustainable moving forward.

When looking through the numbers Santana produced last year, it’s interesting to note that the number of homers he hit (30) was higher than his fly-ball rate (27.7%). His 27.5% career fly-ball rate at least shows us that what he did in 2017 wasn’t necessarily an aberration, but if you’re thinking it’s rare for a player to enjoy a 30-homer campaign in this fashion, you’d be right.

With Miller Park being one of baseball’s more hitter-friendly venues, it’s not surprising to see that 18 of Santana’s 30 homers came in front of the home crowd. What’s more curious, though, is that despite it being a much smaller sample size, his results were the complete opposite in 2016 — 8 of his 11 total homers came on the road.

To make this even more of a head-scratching situation, the home/road splits with regard to his batted-ball profile look awfully different from one year to the next. The first table shows how his line-drive rate (LD%), ground-ball rate (GB%), fly-ball rate (FB%), and Isolated Power (ISO) compare to one another in 2016.

Now, let’s see how this comparison shifts from favoring the road to favoring Miller Park this past year.

His ISO on the road is still above average, but seeing such a shift during this time doesn’t necessarily clear things up when talking about the sustainability of his numbers.

The one thing making this all possible is Santana’s quality of contact. While the young outfielder does strikeout a lot, his plate discipline is actually quite good — his 26.5% chase rate and 71.3% swing rate on strikes are both above-average marks.

He’ll whiff more than we’d like — his 13.8% swinging-strike was one of the top-20 highest rates among qualified hitters last year — but he’s at least being aggressive within the strike zone. And when Santana makes contact, it’s typically been hard.

His 39.7% hard-hit rate and 11.7% soft-hit rate were not only both single-season career highs, but they were also among the league leaders. When we add that to a 27.4% line-drive rate that trailed only Daniel Murphy (27.6%), we can partially see why his BABIP settled in at .363.

As we’ve seen many times before, for players like Santana that aren’t necessarily making a lot of contact or getting a ton of balls up in the air, it’s important for him to make the most of the ones he does. After posting a 20.0% soft-hit rate and 47.5% hard-hit rate on fly balls in 2016, Santana amped up those numbers to 9.3% and 54.6%, respectively, in 2017.

Santana isn’t pulling much of them, though. His career pull rate on fly balls is 10.8%, which includes a 10.3% mark from this past year. If his home games are played in a different park this season, he may not have the same fortune with regard to some of his power numbers.

The Jury Is Still Out

Will Santana continue to be a hitter that’s light on fly balls but heavy on line drives and hard contact moving forward? It looks like that could be the case judging from some of his early-career results, but it’s still very much up in the air.

While his recent production makes a valid argument for him being the centerpiece of a trade, it’s easy to see why any potential suitor could be wary based off the strikeouts, sub-par defense, and some uneven peripherals.

However, this is still a player entering his age-25 season, so his prime years are theoretically ahead of him. And although there are concerns, he did improve both his quality of contact and fly-ball rate from the year prior with consistent playing time. It’ll be crucial for him to keep his aggressiveness in the strike zone, which will in turn help his quality of contact numbers remain where they are.

He’ll likely be one of the more significant pieces in any deal if the Brewers do find a trade partner, but they’ll probably have to add more legit talent/potential if they plan on netting themselves a top-tier controllable starting pitcher.