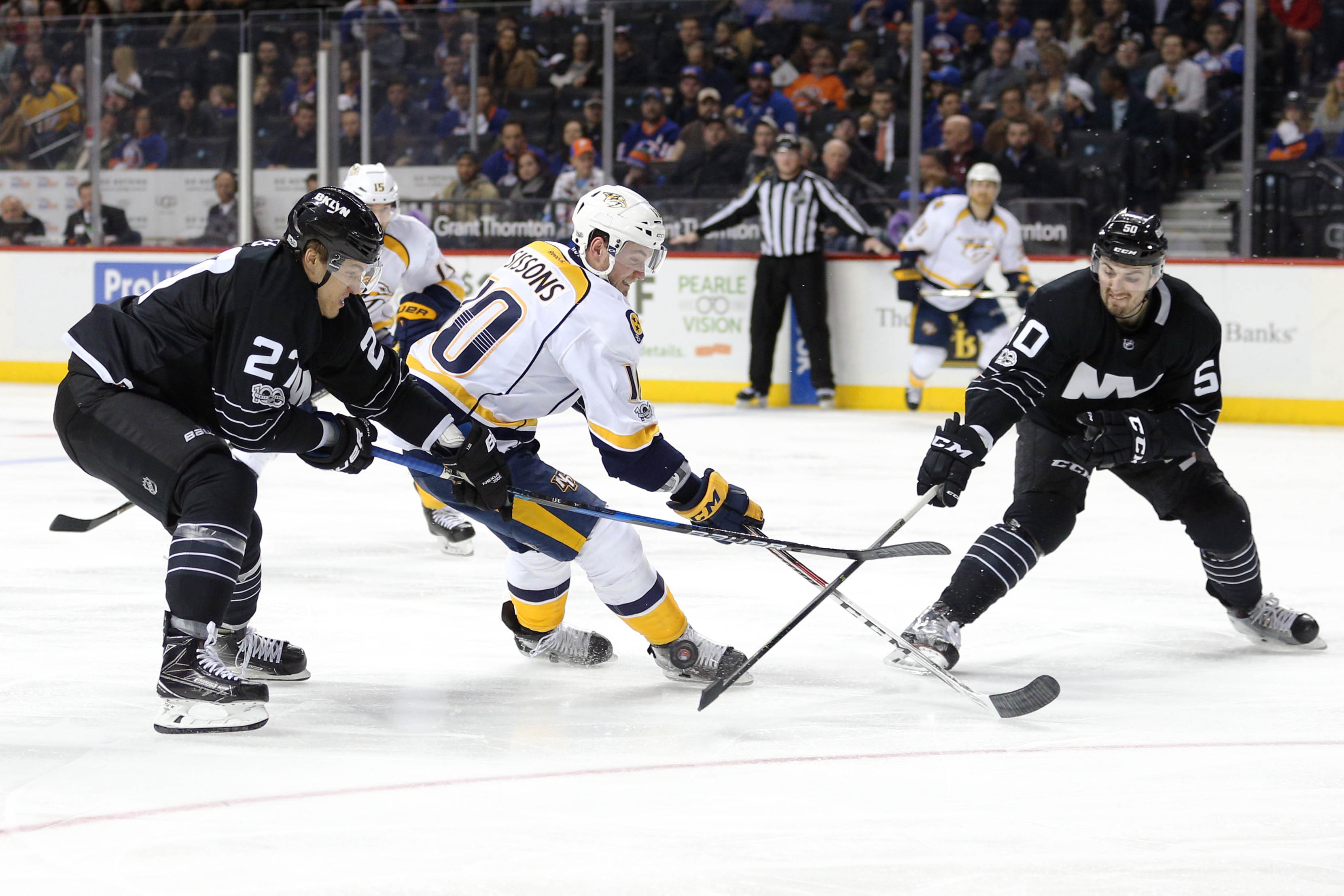 The Least You Should Know About the Predators… Nashville enters the game having picked up points in 10 of its last 11 games. They are also winners of their last two games, having defeated the Los Angeles Kings and New York Rangers… Filip Forsberg will begin serving his three-game suspension tonight. Forsberg was handed the ban due to a hit he laid on Jimmy Vesey of the Rangers. Forsberg had six points (three goals, three assists) in eight career games against the Islanders… Pekka Rinne is 7-0-0 in his last seven starts and has a .943 save percentage, 1.56 goals against average and two shutouts in that span.

The Islanders will look to pick up their second straight win tonight when they host the Nashville Predators in Brooklyn.

They’re coming off a comeback win over the Columbus Blue Jackets on Saturday night, which snapped a two-game losing streak. It was a much-needed victory after the Islanders stumbled out of the All-Star break with losses to Florida and Toronto.

The Islanders remain just outside the playoff picture entering Monday’s game against Nashville. The Isles are tied with the Philadelphia Flyers at 57 points, but Philly has a game in hand and sits in the final wild card spot in the east.

The Islanders also caught a break last week with the Carolina Hurricanes and New York Rangers both losing their last two games.

The Isles will turn to Jaroslav Halak once again to guard the net. He had had 46 saves on Saturday night against the Blue Jackets in the Islanders 4-3 win. Halak has won two of his last three starts.

Islanders head coach Doug Weight will make some small changes to the lineup. Sebastian Aho will return to the blueline in place of Dennis Seidenberg and Alan Quine will take Tanner Fritz’s spot up front.

Pekka Rinne is expected to start in net for the Predators.