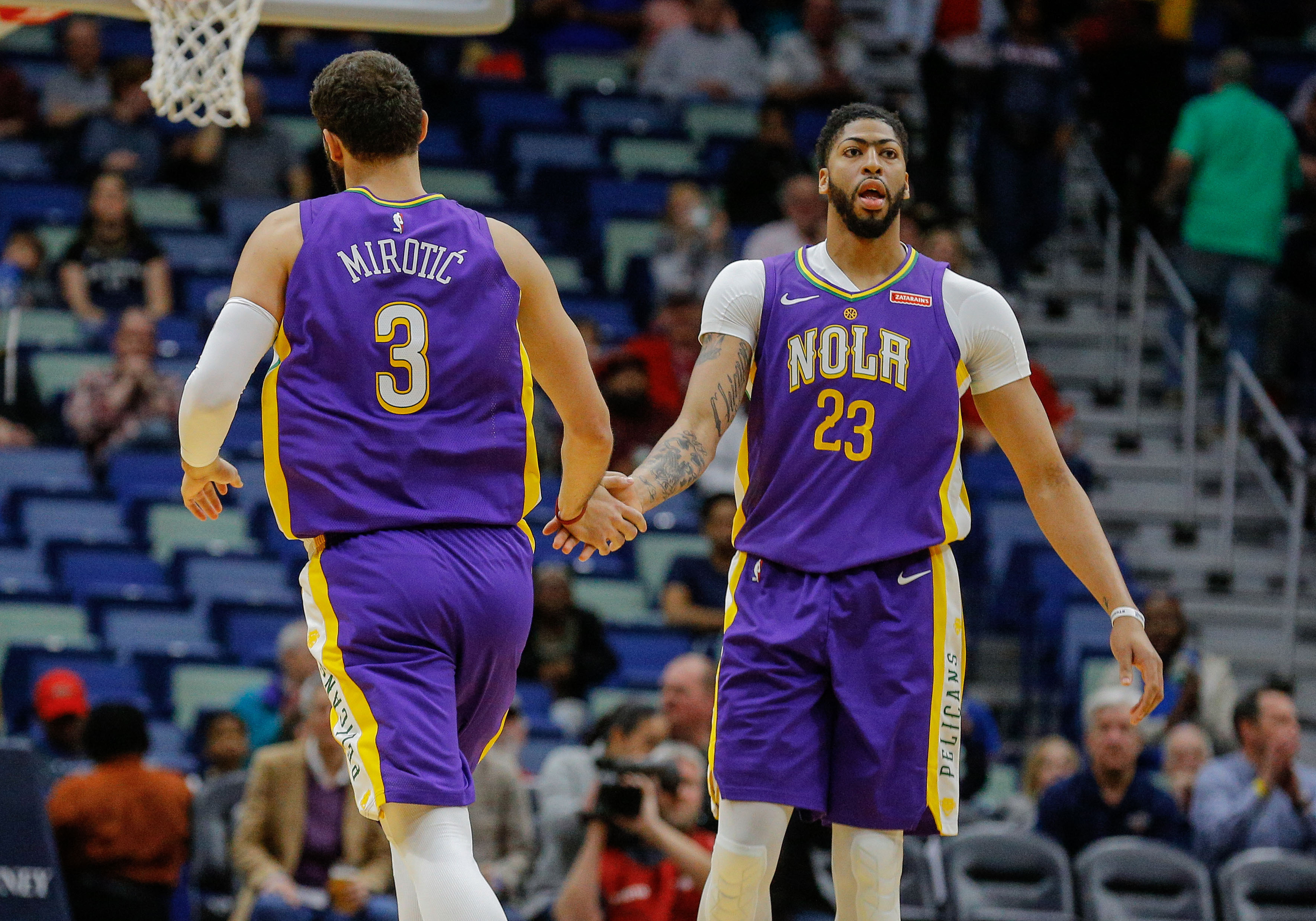 New Orleans,LA- The New Orleans Pelicans hosted the Utah Jazz Monday night in The Smoothie King Center. The Pelicans looking to get back on the winning side of things versus a team in the Jazz, who have won the last five games. One of the newest additions to the Pells forward Nikola Mirotic started for the first as the team looked for roster balance post trade. The Utah Jazz started out by shooting the Pelicans in the hole early as the threes fell on point 10-11 for 91%. The Jazz long-range shooting put them up by 16 before Anthony Davis & Rajon Rondo shortened the lead combining for 32 points. Rondo finished the first half 7 of 10 from the field & an awesome 4-5 from downtown for 18 pts 3 assists. The Pells still allowed way to many open jump shots & lay ups with Jazz scoring 70 points at half BUT New Orleans put up 64.

The combination of guards Jrue Holiday & Etwaun Moore completely shut Utah phenom rookie guard Donovan Mitchell down, 0 points in the first half 2 for the nite. The Jazz continued their hot shooting in the second half by pushing the lead to as much as 20.  New Orleans remained scrappy despite surrendering almost a hundred points in three-quarters. New Orleans couldn’t pull together enough stops as Utah just shot the Pelicans out of gym

The Jazz shot 59% from the field & an amazing 87% from beyond the arc versus New Orleans 50.5% field/36% from three. They did shut down Donovan Mitchell BUT let Utah guard Rodney Hood off the bench wipe em out, scoring 30 points alone to lead his team.  Jrue Holiday attacked the paint scoring 28 points on the night but Anthony Davis disappeared in the second half for New Orleans.

The Jazz top scorer was guard Rodney Hood with 30 points off the Jazz bench. The Pelicans are trying to figure it all out again as they are 1-4 since the Boogie Cousins injury, reeling trying to find a way to stop the bleeding. New Orleans is now 28-25 & with the loss drops them from sixth in the Western Conference Playoff Race to eighth. The next opponent is Tuesday night against the Indiana Pacers (30-25) in The Smoothie King Center.