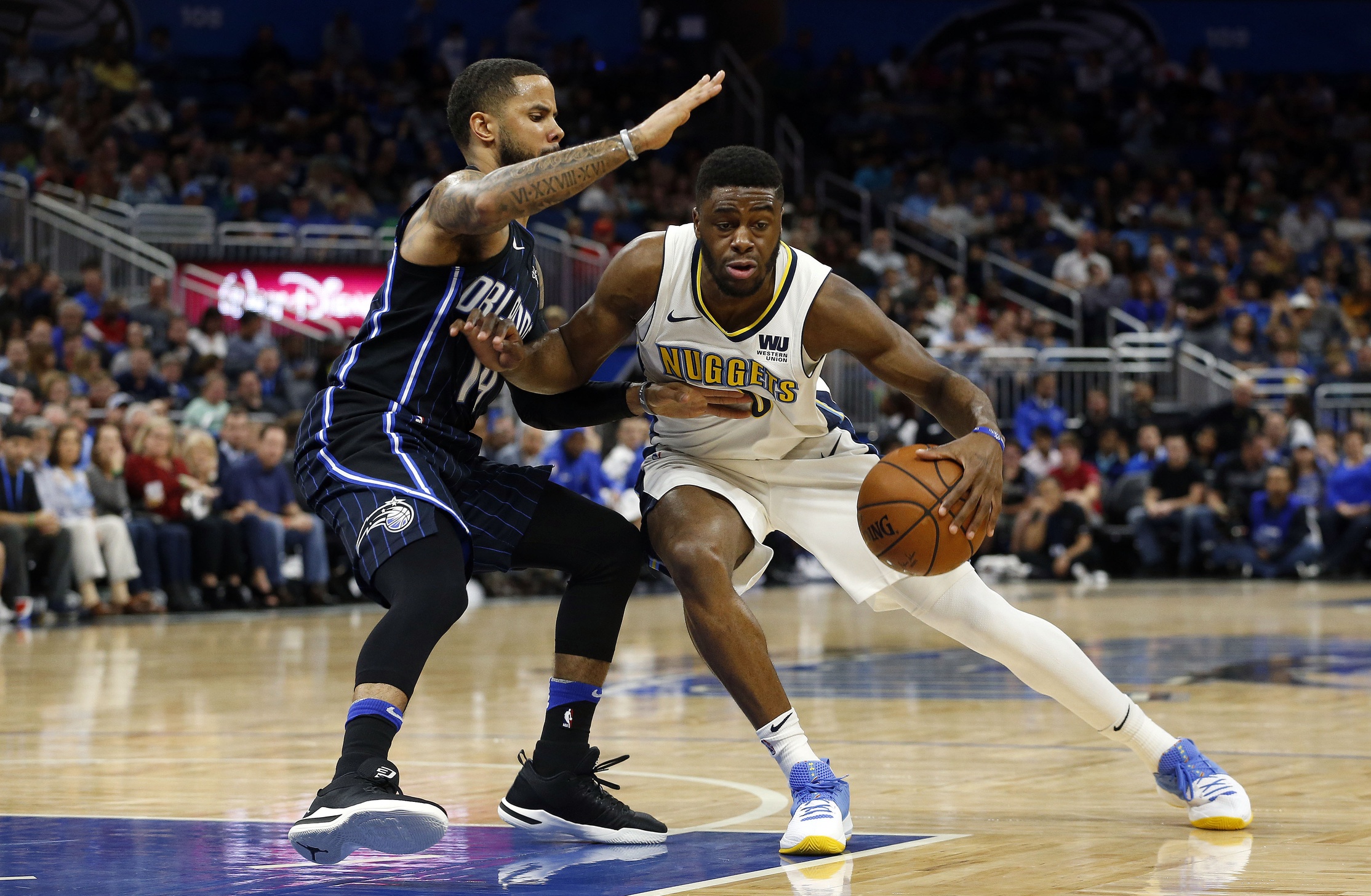 Denver is among the teams that has explored Marcus Smart trade scenarios with Boston, according to league sources. Emmanuel Mudiay has been made available, sources say, but the Celts covet a first-round pick for Smart

The Denver Nuggets are actively shopping Mudiay, so this might not be a “hey we want Smart” as much as it is a “hey we don’t want Mudiay anymore, let’s kick the tires on Smart” thing.

Memphis has been asking for a first-round pick for Evans, but the Celts haven’t yet been willing to go there. Denver has reportedly offered Emmanuel Mudiay and a second-round pick, and while the C’s could propose something similar, the second -round pick (or picks) they could send would not be very high.

Also, sources say the Celts are being careful with their pursuit of wings. As much as they might be able to gain some level of help at the position, they have told people they do not want to do something that would too greatly impede the progress of Jaylen Brown and Jayson Tatum, who, they believe, will be even better by the postseason because of the minutes they have been getting all year.

There’s nothing thrilling about trading for an oft-injured, disappointing guard other than the fact that he’s young and maybe can turn things around under Brad Stevens. But if the Celtics are going to have a guy like that, they might as well just keep Smart. At least we know he fits here.

It’s hard to say where rumors like this are coming from. Wherever it is, I’m not hearing anything that says the Celtics are offering Smart for anything or anyone. All of the rumors so far are teams talking to the Celtics. So while they’re listening, it doesn’t seem that they’re actively shopping Smart… which I think is an important distinction at the moment.