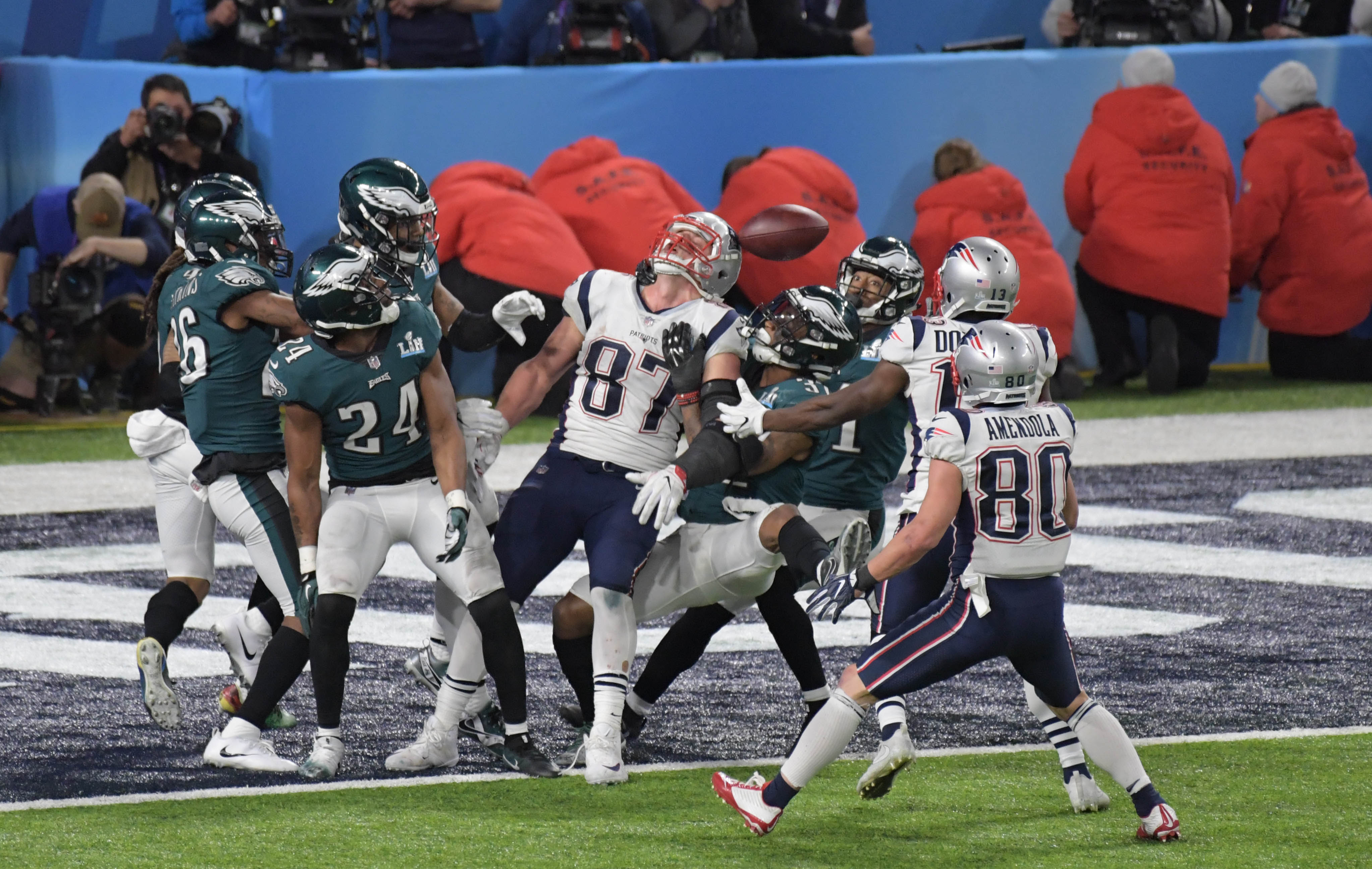 Super Bowl 52 was fun to watch. It was a chess match between two head coaches that was filled with trick plays, gutsy calls, and for the Patriots side, one questionable benching.

Both teams came in hurting. Philly didn’t have Jason Peters, Darren Sproles, or the real MVP of the league, Carson Wentz. The Pats were without Edelman, Hightower, Martellus Bennett, Malcolm Mitchell, and lost Brandin Cooks in the 2nd quarter- yet that didn’t stop all the fun that was Super Bowl 52, which included a combined 1,100 yards of offense and only a single punt.

Along the way, we had two very controversial replays on Eagles catches (more on that later), and a couple of missed defensive penalties on the Patriots in the endzone.

Here are my tidbits from SB52.

1- Where was the defense? For all the talk about how great the Eagles defense was, the Patriots absolutely shredded Philly to the tune of 600 yards and zero punts. Brady threw for 505 yards, and that was without his top wideout, Brandin Cooks, who was KO’d in the 2nd quarter.

2- The Eagles offense was ballin’ all night long. From the get go, they attacked the Pats. They did what the Jags did, but a thousand times better. They did what Atlanta did last year, only they did it for four quarters. On third down, they were unstoppable. That 4th down call from their side of the field, was gutsy. The RPO (read-pass option) that was reinstalled for Nick Foles, was unstoppable.

The Eagles used their backs against New England the way New England usually uses them against other teams, it was brilliant. Corey Clement led the Eagles in receiving yards with 100 and a touchdown, and he’s the third back on the team.

3- Where the hell was Malcolm Butler? Seriously? WTF! The Super Bowl 49 hero who went from undrafted to starter didn’t get a single snap on defense? You cannot tell me with a straight face, that putting in Butler would have somehow made things WORSE for the Patriots defense, who gave up over 500 yards on offense. Belichick might be a genius, but this was inexcusable.

4- Zach Ertz caught the football, took three steps, broke the plain, and then the ball came out, it’s a TOUCHDOWN. Don’t know why they took so long on that, but it was as clear as day, it’s a touchdown.

5- Clements was not a touchdown. I’m sorry, but that football was clearly moving, and at one point, he did not have possession of the ball as his foot hit the back endzone. At this point, I have ZERO clue as to what the hell a catch is in the NFL.

Here’s a clip, at the :34 second mark, you can clearly see the football is not in his possession, it’s in mid-air. Unbelievable. I give up on what is or isn’t a catch.

6- The Patriots made WAY too many mistakes. I talked about this in my predictions. Mental mistakes, errors, dropped passes, all that adds up in the Super Bowl, and the Pats did just about everything wrong. The list includes:

7- Patriots have absolutely no pass rush at all. They haven’t had much of one the entire season, but in the playoffs, minus a play here or there, it was a no-show. Foles was never really under pressure where as in the past, be it Chandler Jones or Chris Long or Jabaal Sheard, the Pats always had a pass rush. But not this year.

8- Eagles putting Malcolm Jenkins on James White was genius. What a game plan the Eagles had. They took away White’s effectiveness out of the backfield, being held to just two catches for 21-yards.

9- The Eagles out coached and out game-planned the Patriots. The RPO offense they went back to, the aggressiveness, the trick plays, the 4th down play calls, and then the beautiful seven minute drive in the 4th quarter AFTER the Pats took their first lead of the game, was awesome.

Tom Brady had dominated the 4th quarter of the last two Super Bowls, and here, they basically took it away from him. It was gutsy, it was beautiful, it was smart, it was championship football.

10- The Eagles were the best team in the NFL the entire season, and it wasn’t ever close. While the Patriots faced questions, the Eagles didn’t.  With Carson Wentz, they were all but a lock to make it to SB52, but with Foles, they instantly became underdogs. The reality is, a healthy Wentz would have meant they more likely than not, would have entered the Super Bowl as heavy favorites. They were that good. They hit homeruns on Jeffrey, Torrey Smith, Blount, Darby, and made a great in-season trade for Ajayi. And oh yeah…they added the eventual Super Bowl MVP too.

Congrats to the Eagles on winning the Super Bowl, they certainly earned it.