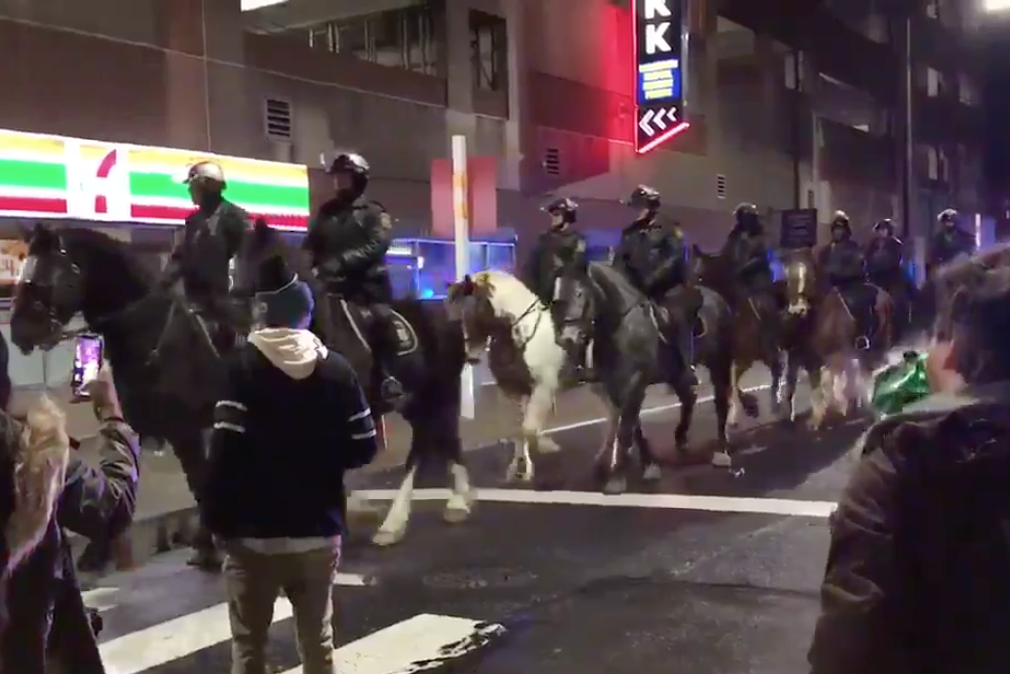 Eagles fans went nuts celebrating on the streets of Philadelphia after their team defeated the Patriots in Super Bowl LII, which resulted in the riot squad being called in to help ensure the city remained in tact.

Fans set off fireworks and lit objects on fire, and also climbed street poles, so the riot squad attempted to break up their celebration.

The riot squad paraded down the street on horses, which you can see in the video clip below.

It’s unlikely that police officers will be able to stop fans from celebrating, but they certainly tried.