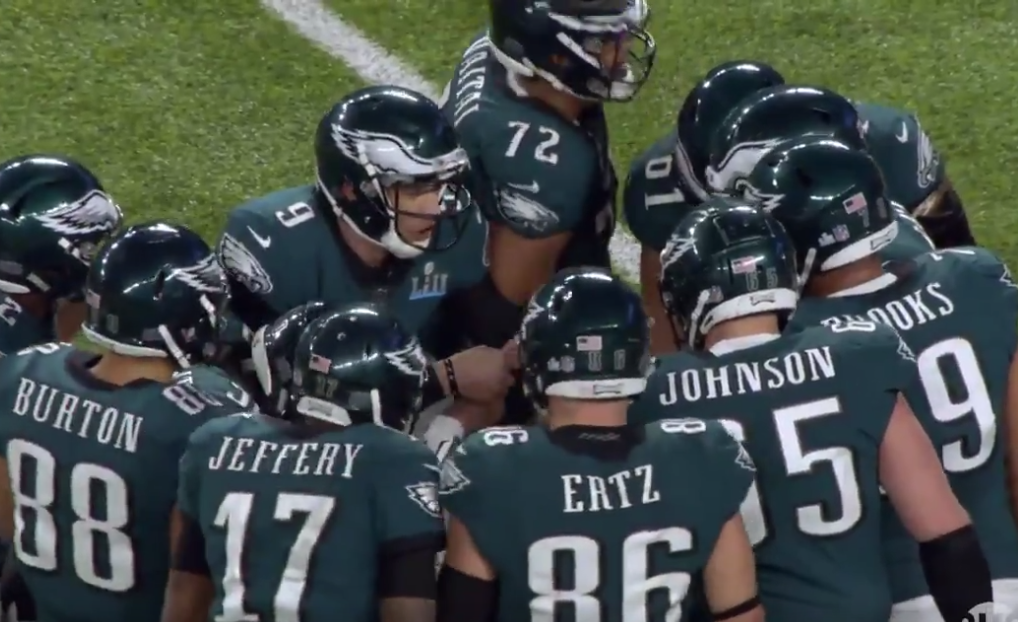 Eagles head coach Doug Pederson called an excellent game in Super Bowl LII, but it was actually quarterback Nick Foles who elected to run a trick play in a pivotal moment — which the team executed to perfection.

Foles actually approached Pederson when the team was faced with a fourth-and-goal situation from the one-yard line, which we learned via video footage from Showtime’s “Inside the NFL.” The Eagles quarterback asked his head coach if he wanted to run “Philly Philly” — which was a reference to the “Philly Special,” a trick play the team had stashed away for this type of situation. Pederson agreed, and the team ran it to perfection.

On the play, running back Corey Clement received a direct snap, and he then flipped the ball to tight end Trey Burton, who threw a pass to a wide-open Foles in the end zone. The Eagles quarterback hauled it in with ease, and the team took a 22-12 lead into the half.

.@NFoles_9 made the call, made the touchdown and made history. #PhillySpecial

Credit Foles for picking the right situation on which to attempt the trick play, and also Pederson for trusting his quarterback and the offense to execute on what was the biggest play of the game up to that point. Some coaches would’ve kicked the field goal there, but Pederson kept his foot on the gas pedal, and it paid off.

The “Philly Special” touchdown and the strip-sack on Tom Brady late in the game stood out as the two game-changing plays in Super Bowl LII, and without one of them, the Eagles may not have emerged victorious.