Todd Frazier Checks All the Boxes for the New York Mets 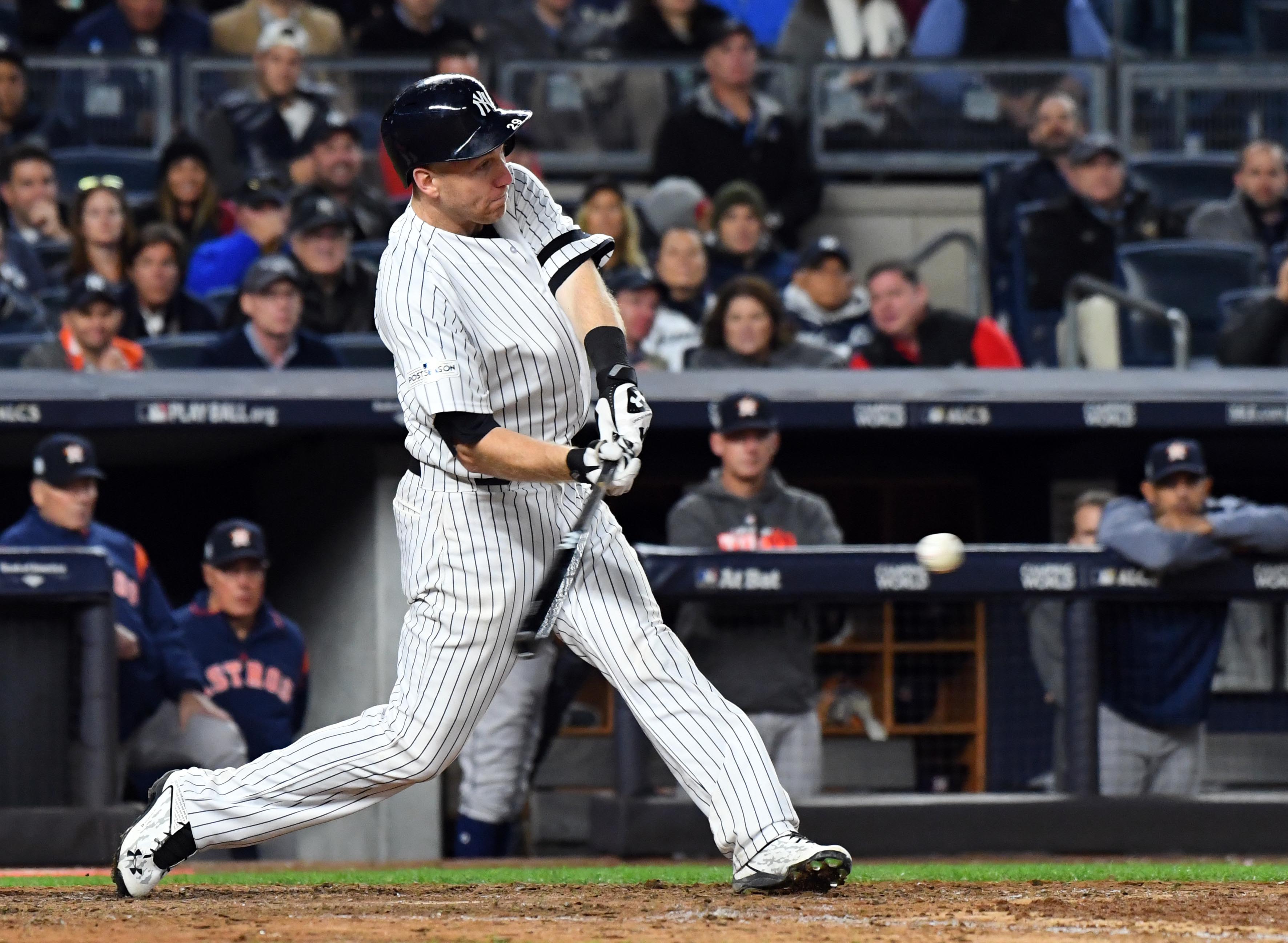 Todd Frazier Checks All the Boxes for the New York Mets

This winter’s MLB offseason has been so slow that it’s making the New York Mets look like one of the league’s most active teams.

On the heels of signing Anthony Swarzak and Adrian Gonzalez, along with re-signing both Jay Bruce and Jose Reyes, the Mets finally found the person to fill their void in the infield. That person is third baseman Todd Frazier, who agreed to a two-year, $17 million deal with the club on Monday night, pending a physical.

Since Frazier will be entering his age-32 campaign in 2018, we know the kind of hitter he is — the veteran is heavy on fly balls and home runs, but light on batting average.

That’s OK, though, because his services will fill multiple needs for New York at the hot corner this season.

Fitting Into the Offensive Philosophy

Since setting a single-season career high in 2014 with a 122 wRC+ with the Cincinnati Reds, Frazier has seen that number decrease each year before bumping it back up to 108 in 2017. He never hit fewer than 27 homers during this period of time, but watched his batting average decrease from .273 in 2014 all the way down to the .213 mark he just produced.

Despite those numbers, he fits right into the team philosophy of dingers and walks. Frazier doesn’t necessarily come with a terrific track record of drawing walks, but he’s been consistently getting better. Check out how his walk rate (BB%), chase rate (O-Swing%), and swing rate on strikes (Z-Swing%) have progressed since 2015.

In a perfect world, we wouldn’t want to see his swing rate on strikes decrease that much, but an improved chase rate shows us the progression in his walk rate seems sustainable. It may not settle in close to 15.0% again, but there can be confidence that he’ll remain above the league average.

It’s also worth noting that the ToddFather’s strikeout rate went back down to 21.7% after climbing up to 24.5% in 2016, and this improvement is supported by a career-low 9.3% swinging-strike rate.

The offense will likely be solid, but the real value in this deal looks to be Frazier’s defensive ability at the hot corner.

Here’s how the veteran’s Defensive Runs Saved (DRS) and Ultimate Zone Rating (UZR) compared to those who manned the position for the Mets, which consisted mostly of Asdrubal Cabrera, Wilmer Flores, Jose Reyes, and T.J. Rivera.

That’s a slight improvement. Just to further drive this point home, those numbers produced by the Mets in 2017 were the third-worst in baseball, while Frazier was among the top five at his position among qualified players.

Another reason to like this signing is his ability (and willingness) to spend some time at first base if needed.

Part of Frazier camp's pitch to #Mets was that he would be willing to play some 1b if Wright gets healthy. Hear Frazier willing to go there to play some in such a scenario or if AGon/Dom Smith falter.

The Mets can’t count on David Wright to be healthy because nobody knows if he’ll ever be on the active roster again, and even if he is, he won’t be an every-day player. So, it’s nice to know that his new teammate is cool with moving around the diamond occasionally if it makes sense for the club.

With slightly above-average offense and well above-average defense, this seems like an awfully good bargain. His reputation of being great in the clubhouse is just gravy on top.

It was rather evident after New York traded away most of their veterans last year that there was a lack of leadership in the clubhouse. Having Reyes back will be good for the team — albeit not necessarily in a leadership role — and bringing Bruce back will be helpful, but if Wright remains out for an extended period of time, manager Mickey Callaway still has a third baseman with a sterling reputation on and off the field.

Frazier is also familiar with New York because he grew up in Toms River, New Jersey and played a half-season with the New York Yankees last year. Professionally speaking, he knows what to expect from the media, especially after coming within a game of reaching the World Series back in October.

The Mets had been rumored to be looking for another starting infielder for most of the winter. Crossing that need off their to-do list will now allow them to shift their focus. General manager Sandy Alderson has mentioned on multiple occasions that the team is comfortable with their starting pitching depth, but the slow-moving market may have them changing their mind.

The Mets are not necessarily done for the winter, according to a source, keeping an eye out for starting pitching help. But the sense I get is it's not nearly the priority that finding an infielder was.

This makes all the sense in the world because as John Harper of the New York Daily News points out, it’ll be tough to expect all of Matt Harvey, Steven Matz, and Zack Wheeler to not only stay healthy, but also remain effective for the entire year.

Coming to this realization could mean a couple different routes to explore. One would be to capitalize on the remaining free agents like Alex Cobb or Lance Lynn, but the other would be to monitor the signings of other teams to see which players eventually get bumped from their respective squad’s 40-man roster because of it.

Patience is a virtue, and it’s allowed the Mets find various ways to supplement their roster as they attempt to avenge last year’s 92-loss season and return to the playoffs.