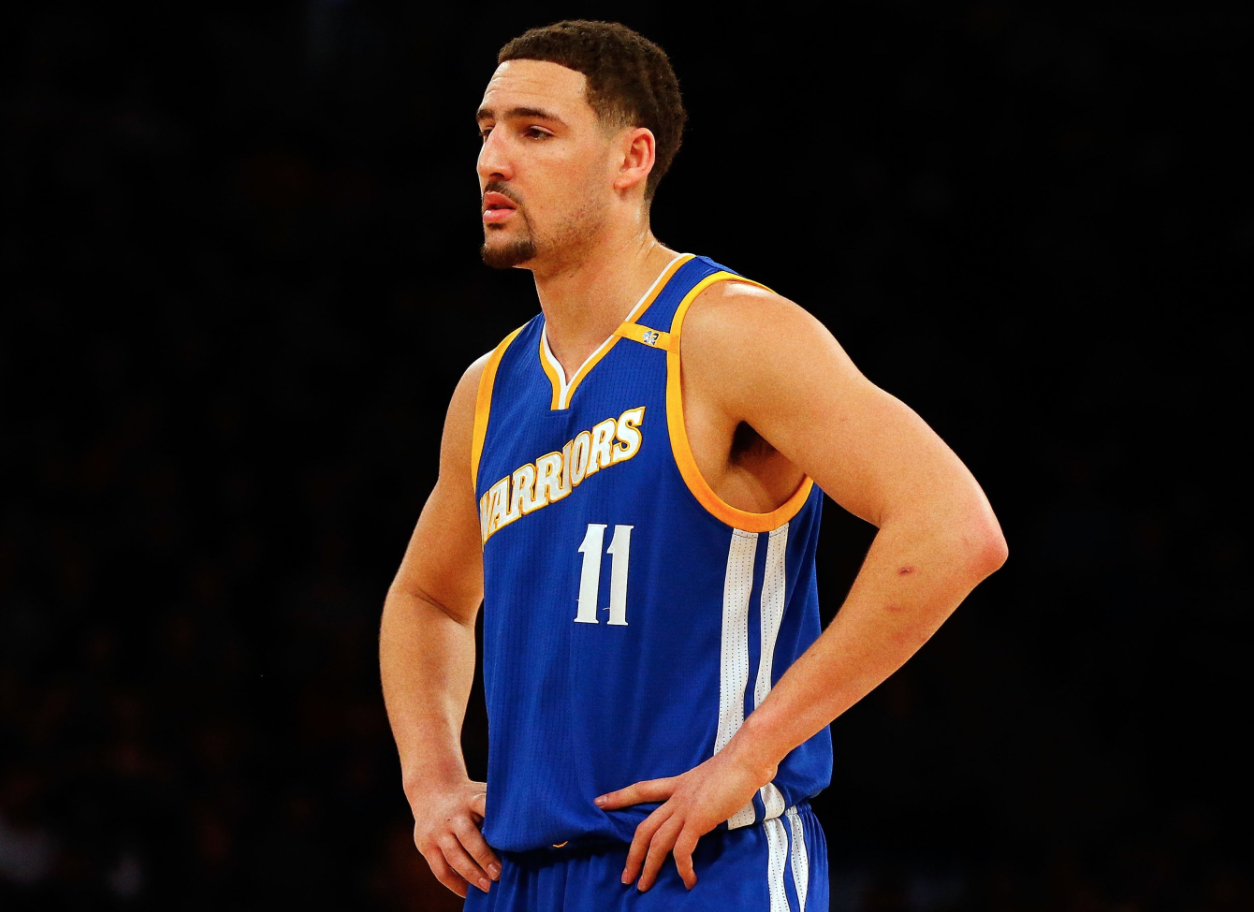 The Warriors will have their core stars together for the near future, but things will get complicated after the 2018 season.

Both Kevin Durant and Klay Thompson are under contract through 2018, which will present some issues for the team going forward, especially given how far over the luxury tax the team already is.

Further complicating things is the fact that rumors are circulating about Thompson wanting to play for another team — where he can be front-and-center as the star player. The Warriors guard is a max-deal type of player, and there are a number of teams that would likely be willing to pay him the big bucks. Klay’s dad, Mychal, recently appeared on SiriusXM NBA Radio, and he shot down the rumors about his son wanting to leave the Bay Area.

“He doesn’t need to be ‘the guy,’” Mr. Thompson said, via Mitch Lawrence of Sporting News. “He loves playing there. He loves playing with Steph and KD and the whole crew. He loves living in the Bay Area, it’s a special place, and they’re going to have a beautiful, new arena in a couple of years in San Francisco. So Klay is not looking to leave. That’s up to the Warriors.”

The Warriors are already facing some of the issues the Seahawks endured — where a team uses high draft picks to grow and develop talent. The problem is that these young players eventually develop into stars, and they warrant big paydays.

Thompson and his father can say what they want, but the offer of being “the guy” is alluring and hard to pass up — just ask Kyrie Irving.