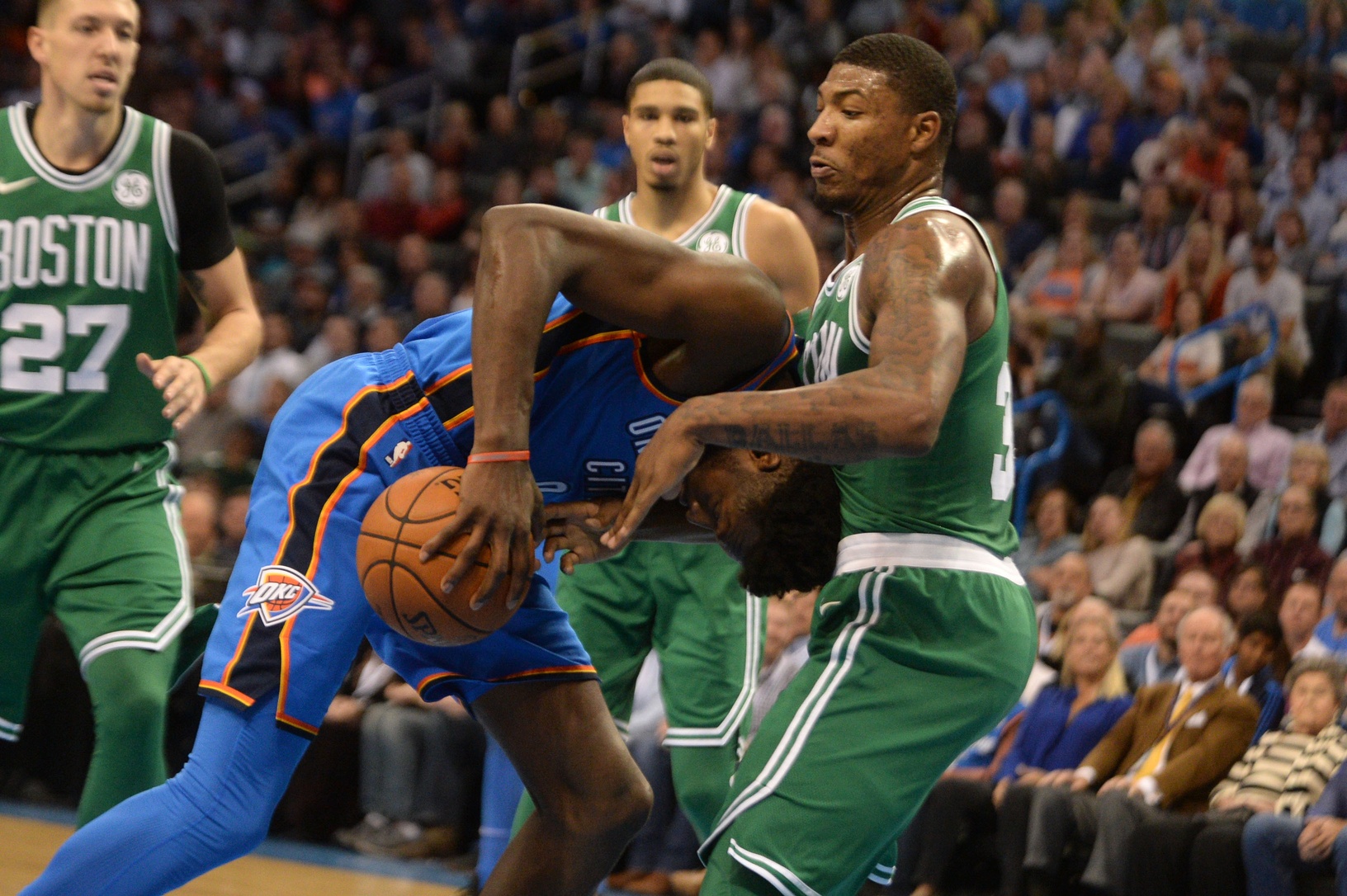 With less than 24 hours to go before the NBA trade deadline, I’m hearing all is quiet on the Celtics front but for the possibility Marcus Smart is moved. For what I’m not sure. I don’t think they are, either.

I’d say 95% of rumors often lead nowhere so maybe we should be anxious about this ‘all quiet’ report.

I’m still doubtful that Marcus Smart gets moved but The Ringer’s Kevin O’Connor says the Thunder are interested:

A lack of draft assets could also keep them out of the mix for Marcus Smart. The Thunder have expressed interest in Smart, but the Celtics are seeking a 2018 first-rounder.

I think deep-down Ainge would prefer to have Marcus Smart on this roster for the playoffs unless some team makes him an offer he can’t refuse.

In other news, it looks like Greg Monroe will suit up Thursday night vs Washington: