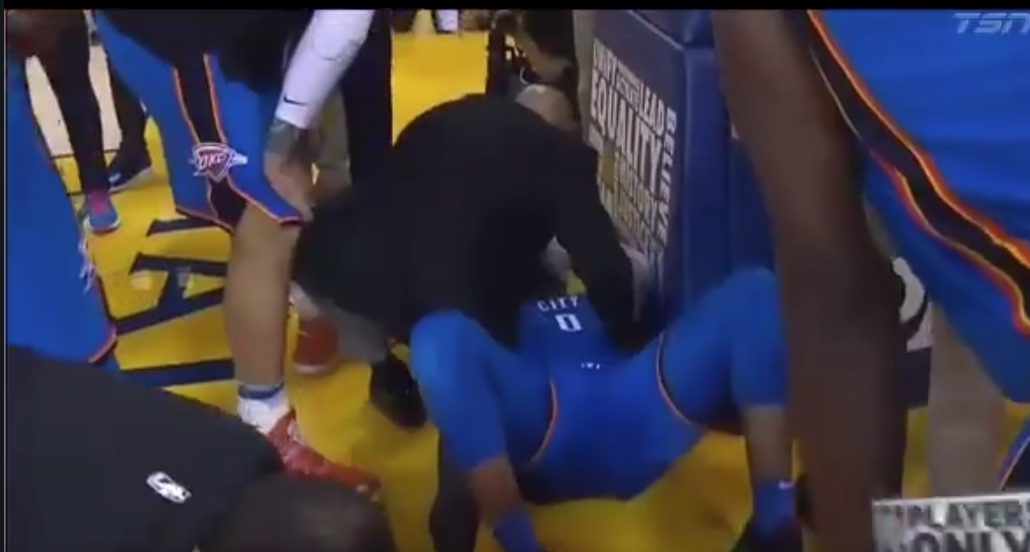 A scary moment took place late in the first half of Tuesday’s Thunder-Warriors game.

Russell Westbrook had the ball in the waning seconds of the second quarter, and he was determined to get to the basket. He dribbled swiftly past midcourt and then drove the lane, where he was met by Draymond Green, who was protecting the rim on the play. Green appeared to hit Westbrook in the face while challenging the Thunder guard’s layup attempt, which resulted in the reigning MVP crashing face first into the basket stanchion.

Russell Westbrook runs face first into stanchion before half pic.twitter.com/cp2EvhzsYo

Luckily, Westbrook was OK, as he was eventually helped up off the court after the halftime whistle sounded. He then later came out to start the third quarter.

It’s a wonder how no foul was called on the play, though.