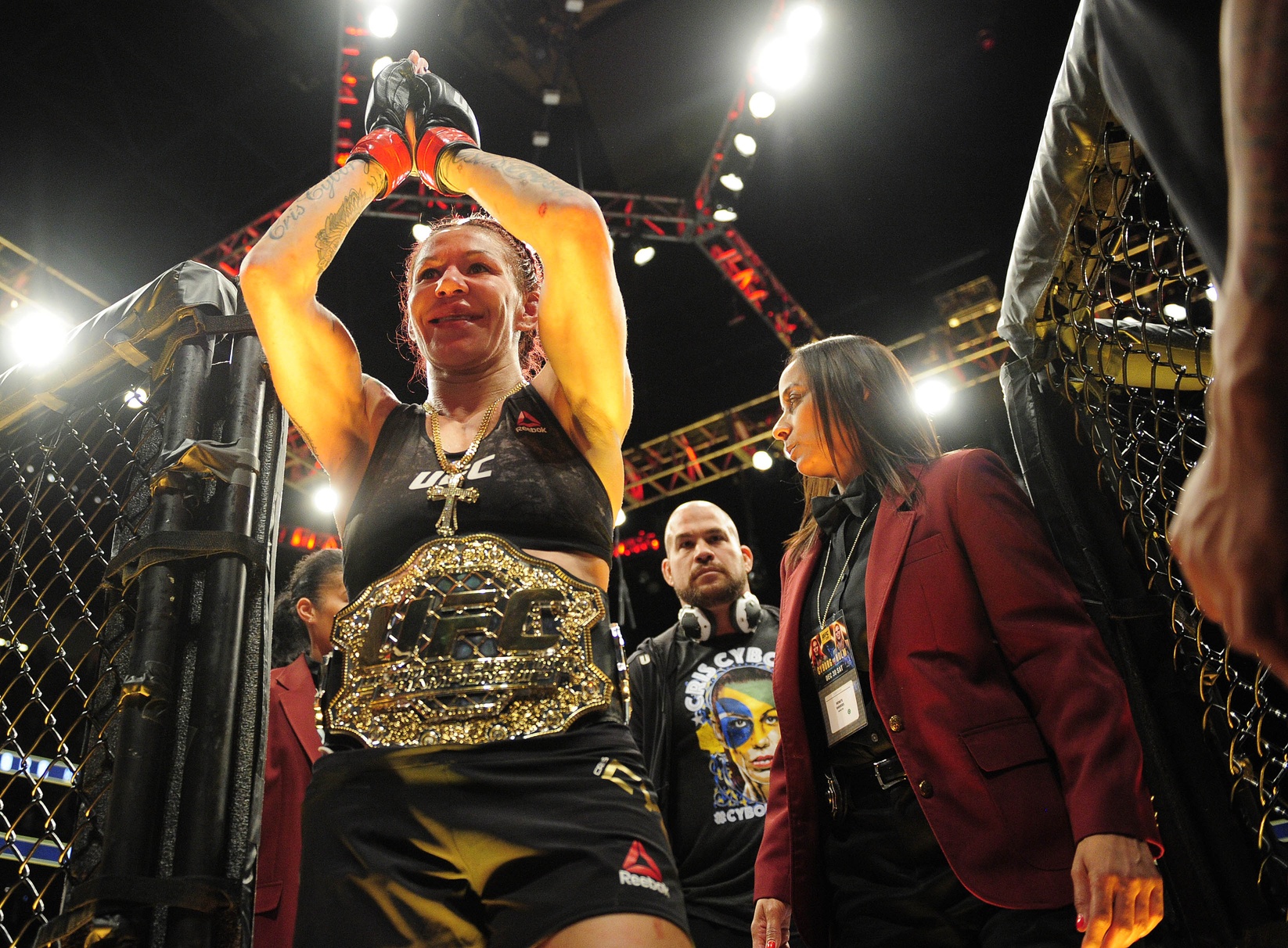 At the eleventh hour, UFC 222 has been saved.  And it’s a surprising savior.  After featherweight champion Max Holloway had to withdraw from his scheduled main event title defense against Frankie Edgar, the event was on the verge of getting cancelled.  However, Women’s Featherweight Champion Cris Cyborg has stepped up to the plate, and will be defending her belt in the main event against UFC newcomer Yana Kunitskaya.

We all know Cyborg, the greatest female fighter of all-time.  But what about Kunitskaya?  The 28-year-old Jackson-Wink product won Invicta’s Bantamweight Championship in her last fight (she actually technically won it an additional time in 2016 before having her victory over champ Tonya Evinger changed to a No Contest).  She was initially penciled in to make her UFC debut against Sara McMann, before McMann got booked in another fight.  Now, instead, she has the biggest opportunity of her career, back at featherweight, which she fought at before dropping to 135 pounds a couple of years ago.

As for Edgar, he remains on the card and will go up against fellow top contender Brian Ortega in the co-main event slot.  This bumps the Stefan Struve-Andrei Arlovski tilt to the third bout from the top.  All in all, it could be argued the card is better, or at least deeper, now than it was in its original state.

UFC 222 goes down March 3rd at the T-Mobile Arena in Las Vegas.