Your Morning Dump... Where the Raptors are good, but they're not *that* good 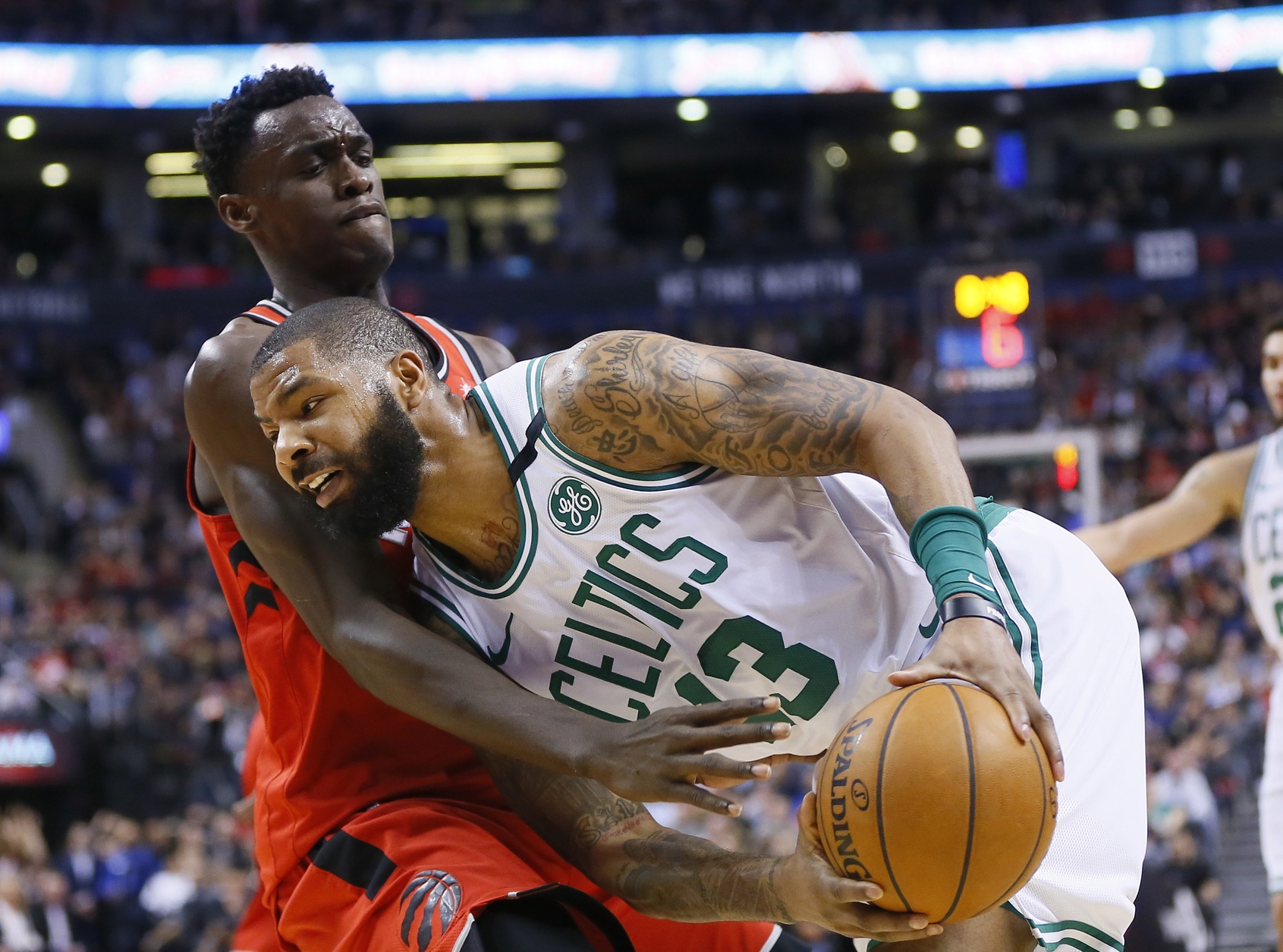 Your Morning Dump... Where the Raptors are good, but they're not *that* good

It was one of the Celtics’ worst performances of the season. They again couldn’t defend Kyle Lowry. They lost out on seemingly every 50-50 ball, and they allowed Toronto’s array of 3-point shooters to get comfortable.

They were pushed around in the paint, couldn’t make simple passes and defensively offered little resistance to Toronto’s shooters. Lowry and C.J. Miles combined for 11 of Toronto’s 17 3-pointers.

“We all, coaches and players, weren’t good enough. We got our butts kicked by a really good team who physically overwhelmed us from a speed and physicality standpoint. We need to do a better job,” Celtics coach Brad Stevens said. “I thought you could see it with our first six minutes of the game. We gave up 15 points in the first five minutes. We looked slow. We looked like we weren’t ready to react to their speed or their physicality.

“That probably was the case the whole night. I didn’t really think we were ready to physically compete, for whatever reason.”

The Celtics laid an egg last night. A giant egg. And it’s always worse to see a listless effort against a top team in the league.

But as much as I’m pissed off, these games happen. And despite the avalanche of damning stories in the media this morning, I refuse to take this game as some sort of indictment on the Celtics as a whole or their chances vs the Raptors in the playoffs.

The bench is going to improve even without Danny Ainge lifting a finger before the trade deadline. Marcus Smart’s hand will heal and his elite wing defense will return. Big Greg Monroe is coming with post scoring and rebounding.

And if we’re being honest, the starters looked worse than the bench last night. If you’ve lost faith in this starting unit, then I can’t help you.

Chill the f- out people. If a cynical pr-ck like myself isn’t panicking, then neither should you.

From what we can gather, the Celts are indeed discomforted by the uncertainty with signing Smart beyond this season, but they see him as a key piece to this playoff run…

One exec from the West said the Celtics “still see (Smart) as a part of the core going forward.”

Said another, “Boston could definitely use some scoring, but the kind of things that guy does for you defensively become even more important in the playoffs. And we still don’t know if Hayward is going to be back for them this year, so that could be your scoring help right there. They keep saying he’s not coming back this year, and that’s the right way to play it. But they don’t know.

“And if you trade away a guy like Marcus now, you could spend the next few years looking for someone like him.”

Two weeks ago I was ready to trade Smart for a gym bag. Now I’m desperate for him to return with his grit-and-balls style. With reports setting Smart’s value at $8-10 million, I’m more confident he’ll be back with Boston for the next few years.

And with Lou Williams on the verge of signing an extension with the Clippers, the market for Tyreke Evans just got  tougher.

And finally, down goes the Unicorn.

This is it. This is the end. Kristaps Porzingis suffers knee injury after dunking on Giannis Antetokounmpo, carried to locker room. pic.twitter.com/fqQK5TTbDy

This blows. He might be the only Knicks player I’ve liked since Patrick Ewing.