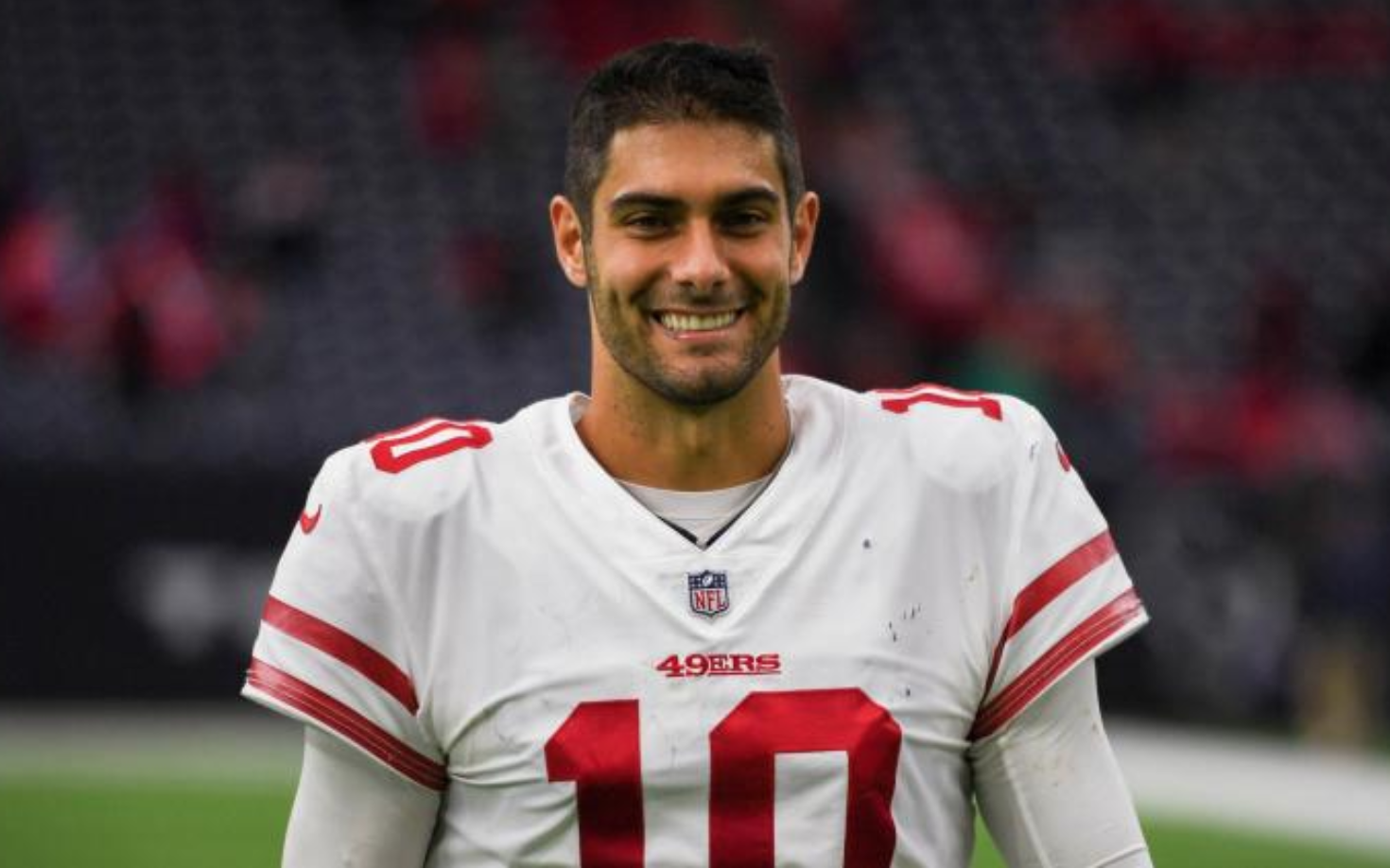 It didn’t take the 49ers long to be sold on quarterback Jimmy Garoppolo.

Garoppolo, who the team acquired via trade back in November, played in only six games for the team, but is now 7-0 as a starter, during his time with the 49ers and Patriots.

As such, the 49ers gave him the big payday he was seeking on Thursday, as the two agreed to terms on a five-year, $137.5 million deal. He’s now the highest-paid quarterback in NFL history, although Aaron Rodgers and Matt Ryan are expected to be next line, so they could top him.

Either way, Garoppolo is certainly well compensated, to say the least, and he appears to be excited about it. Check out his reaction to the new deal, which he posted on Instagram.

49ers fans likely echo his sentiments. The team has a bright future ahead.