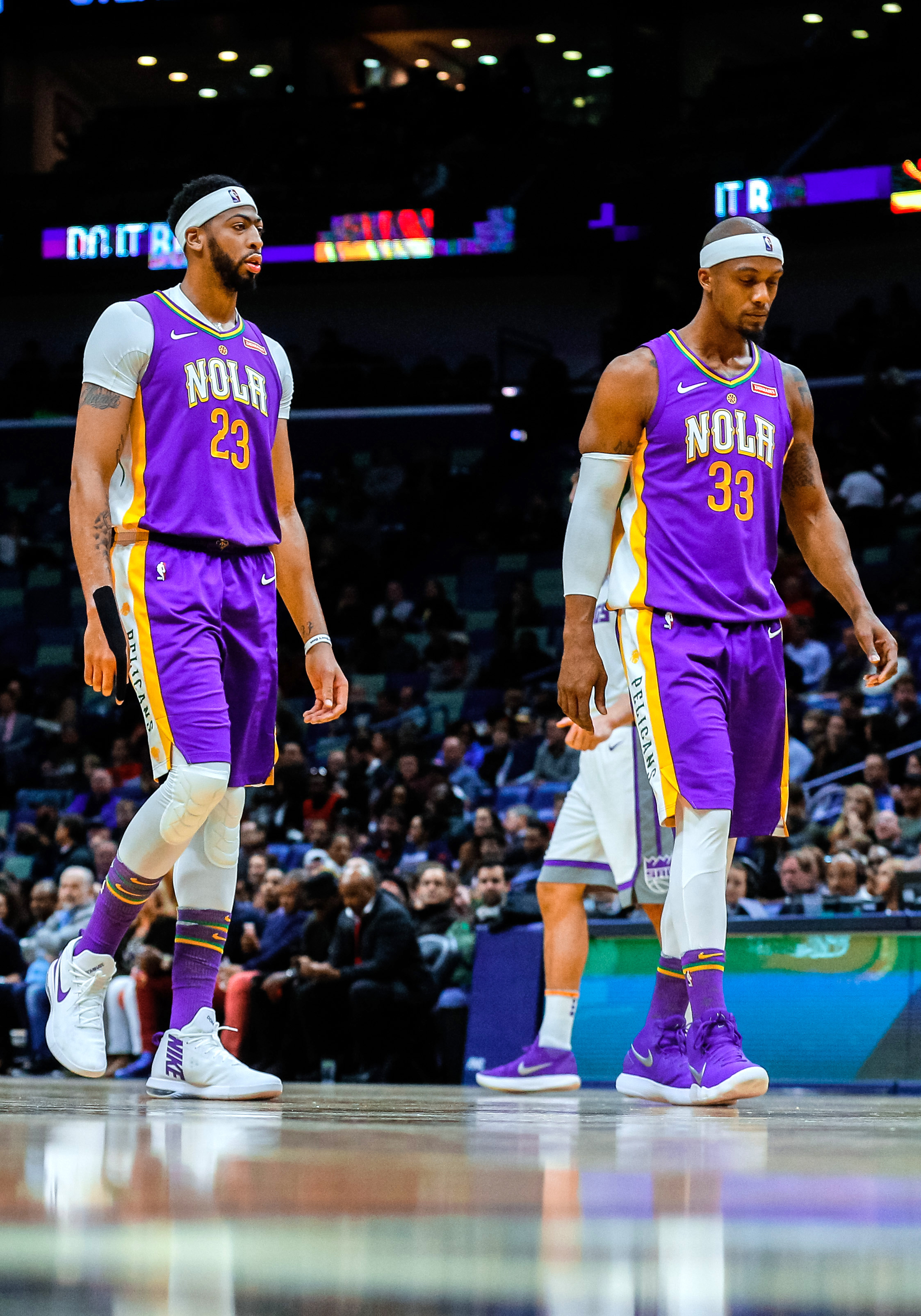 The New Orleans Pelicans pulled off a trade earlier last week with the acquisition of former Bull forward Nikola Mirotic. The trade comes after the season ending injury of All-star center DeMarcus Cousins, the Pells are severely lacking size & are attempting to fill the void.

Today the New Orleans Pelicans decided to trade ineffective forward Dante Cunningham to the New Jersey Nets for guard Rashad Vaughn. Vaughn who was recently traded from Milwaukee for Nets Big Tyler Zeller earlier this week is on the move again this time to New Orleans.

Rashad Vaughn (21 yrs old) is 6-6 202 lb former first round pick 17th overall in 2015 from UNLV, who brings size & shooting ability to a team that needs both. He known for his three-point shooting ability even though he shoots 31% from the three since 2015.

Dante Cunningham who was averaging 5.0 ppg 3.8 rpg, requested a trade and the Pelicans moved on from him once again. New Orleans still needs a center or a reliable big that can fill in at the five so Anthony Davis can go back to his natural position. The focus now moves to the buy-out market to address the need, perhaps Atlanta Hawk center Dewayne Dedmon or Knicks Big Kyle O’Quinn.

New Orleans GM Dell Demps still has work to do to fortify his roster moving forward. The Pells are 1-4 since the injury & the last nights game against Indiana was postponed due to a leaky roof in the Arena. Could that be a strange omen for New Orleans’s season that the proverbial roof is caving in? Stay Tuned…