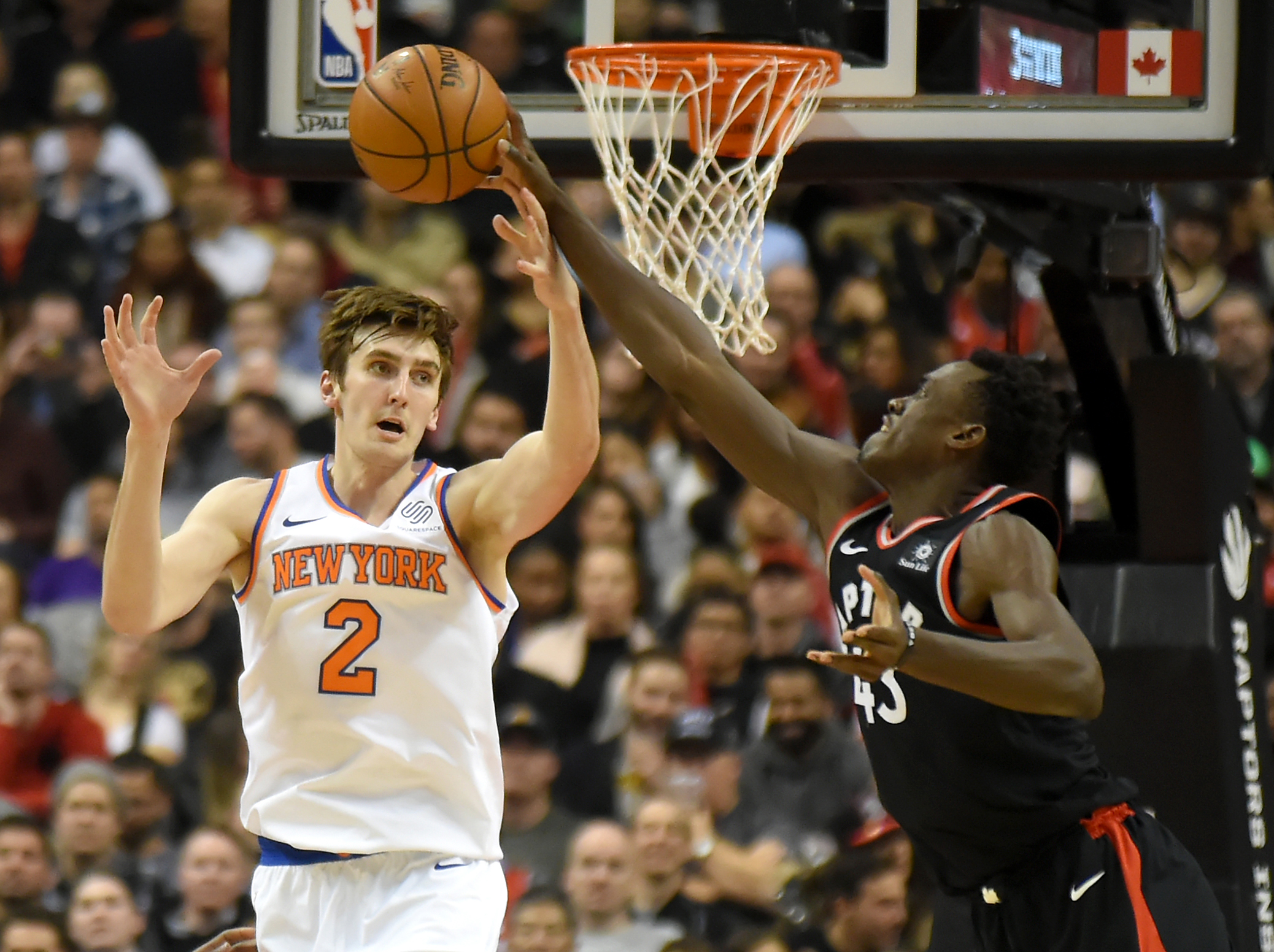 With a 23-33 record on the campaign and a season-ending ACL injury to Kristaps Porzingis, the Knicks can all but close the door on any (already bleak) hopes of competing for a postseason spot. By trading Willy Hernangomez and Doug McDermott for Emmanuel Mudiay and a couple of second round draft choices, it’s clear gathering up assets and taking the chance to roll the dice on some different younger talent has quickly become the main priority for New York.

And in the spirit of building organically and tapping into the promising prospects the organization already has on board, the Knicks have promoted two-way players Luke Kornet and Isaiah Hicks. Both players appeared in the team’s blowout 113-88 loss to the Raptors on Thursday night. In addition to Porzingis’ injury, Enes Kanter also sat this one out after receiving additional stitches for his mouth.

Losing in such fashion is never a good feeling, but as this season’s priorities shift, both younger big men have a golden opportunity to show Knickerbocker brass what they’re made of. Whereas Hicks added a quiet 5 points in 17 minutes, Kornet played much more assertively.

With his parents watching from the stands in Toronto, the 22 year old tallied an impressive double-double with 11 points and 10 rebounds, while also adding 4 blocks and connecting on three field goals from deep. The 7’1″ athlete was incredibly mobile, alert, and displayed good instincts in finding his place on the court and throwing his hands up inside to pester the Raptors down low. It was a memorable debut for someone who hopes to have a more positive impact on additional victories for New York in the future. It’ll be interesting to see if he becomes a key part of the team’s longterm plans. There’s no doubt that now is the time to explore such a question and get an answer in the next two months.